What is a Proxy Firewall?

Introduction :
A firewall proxy provides security by controlling the information going in and out of the network. Firewall proxy servers filter, cache, log, and control requests coming from a client to keep the network secure and free of intruders and viruses. Proxy firewall has its own IP (internet protocol) address so that internal network never makes a direct connection with outside internet. Since it monitors information at the application level, it is also known as application firewall.

How proxy firewall handles requests from the internal network :

Proxy Firewall as an Application Firewall : 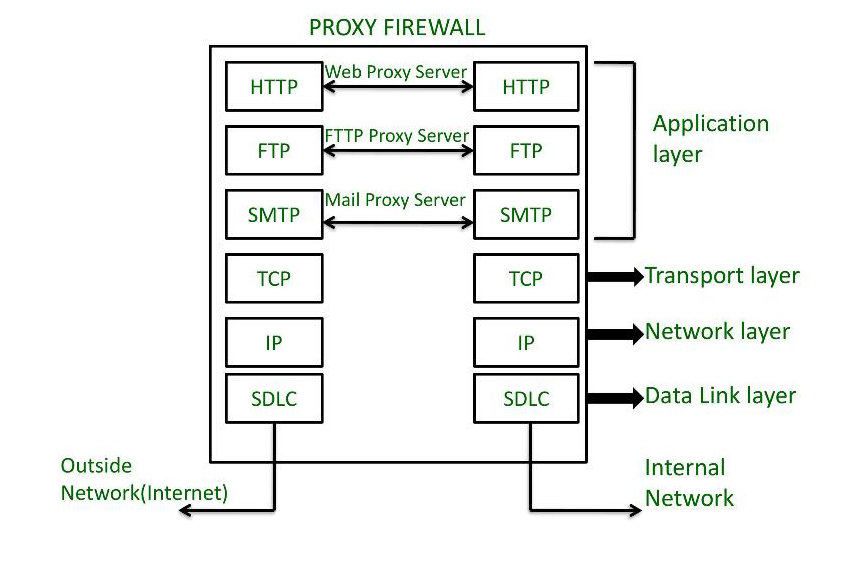