Well no this is not another Tkinter tutorial. Instead, we will be using Zenity to create the GUI. Confused? Well, I’m here for the rescue. Zenity is free software and a cross-platform program that allows the execution of GTK dialog boxes in command-line and shell scripts. Zenity is available only in Linux. Sorry Windows users, this one is not for you. Instead, you can use python-zenity but we won’t cover that here.

So, let’s get started. First, you need to have Zenity installed on your system. To do so, simply open up your terminal and type the following in it

Now, let’s get to the python script. There is no need to install any extra packages. We will be working with only the built-in modules. So, let’s get to coding.

So, what this basically does is, it reads the data from the file and then writes it to a csv file. You can then view the csv file using any spreadsheet viewer.

Now, you are all set. Now, to run the entire thing, simply open up your terminal inside the project folder and type ./run.sh and your GUI should open up. Fill in the details and click on Ok and your data should be written into data.csv file. Your Gui window should look something like this. 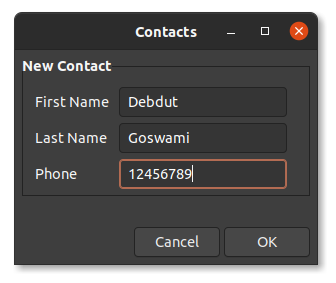 After entering a few data, your csv file should look something like this. 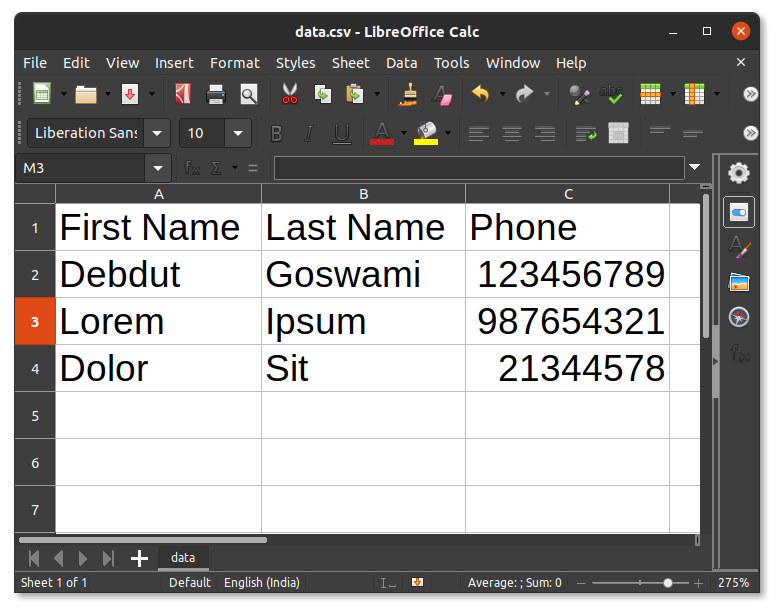 Zenity can be pretty useful for creating a simple GUI. 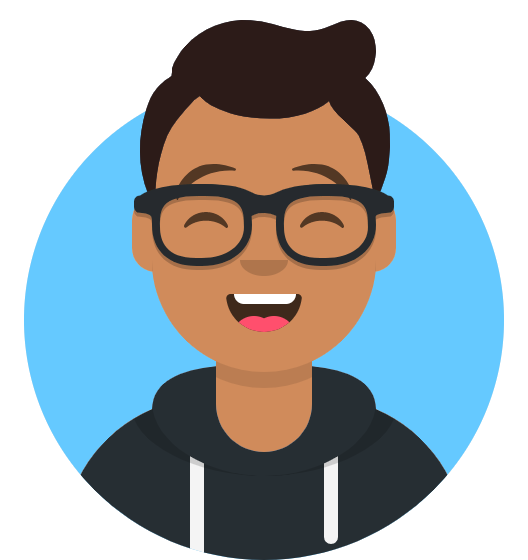