Userrecon-py is an automated script developed in the Python language used in the process of Information Gathering. This script finds the link of the account owned by the inputted username on almost 65 public social network sites. Through this, we can plan for social engineering attacks and gain valuable information through it. This script is also available on the GitHub platform for free. It’s an open-source script so we can also contribute to it. 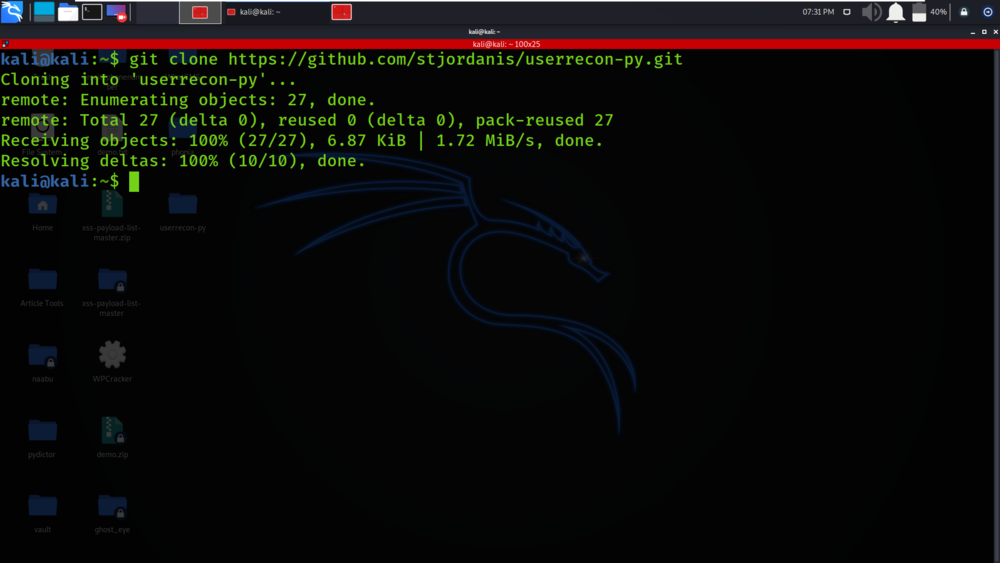 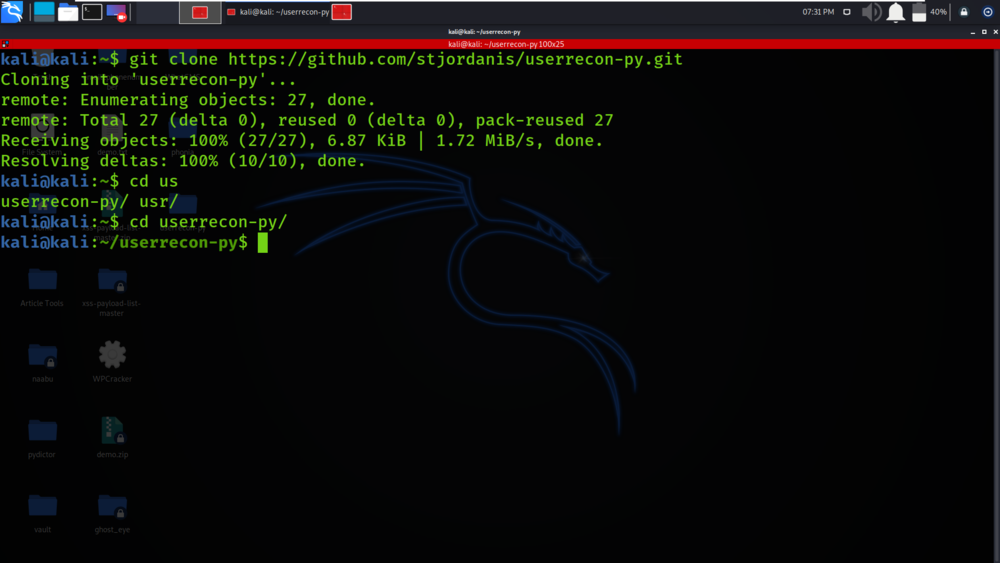 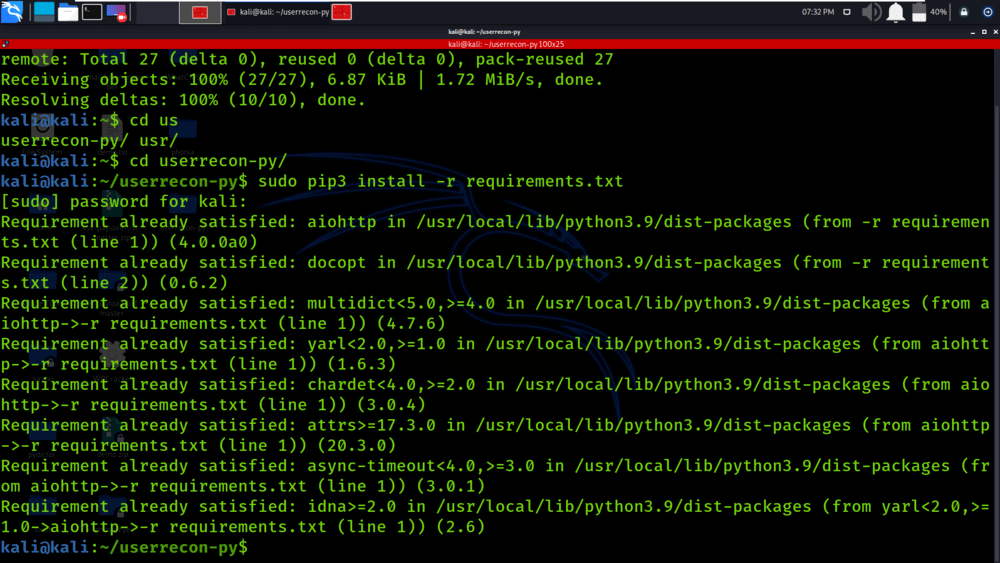 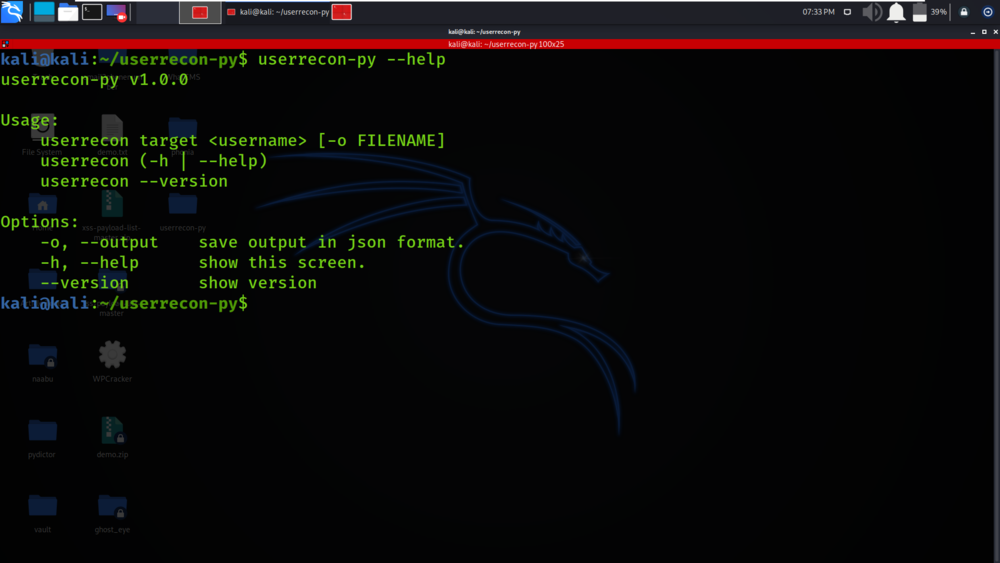 In this example, we will be enumerating account links on various social platforms for geeksforgeeks username. 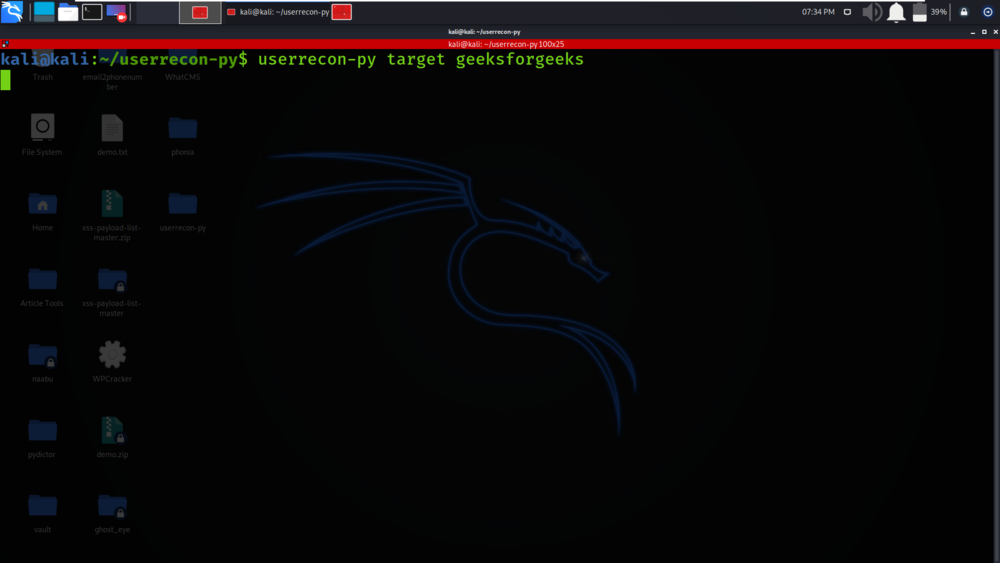 We have got the links of social networks on which geeksforgeeks holds the account. 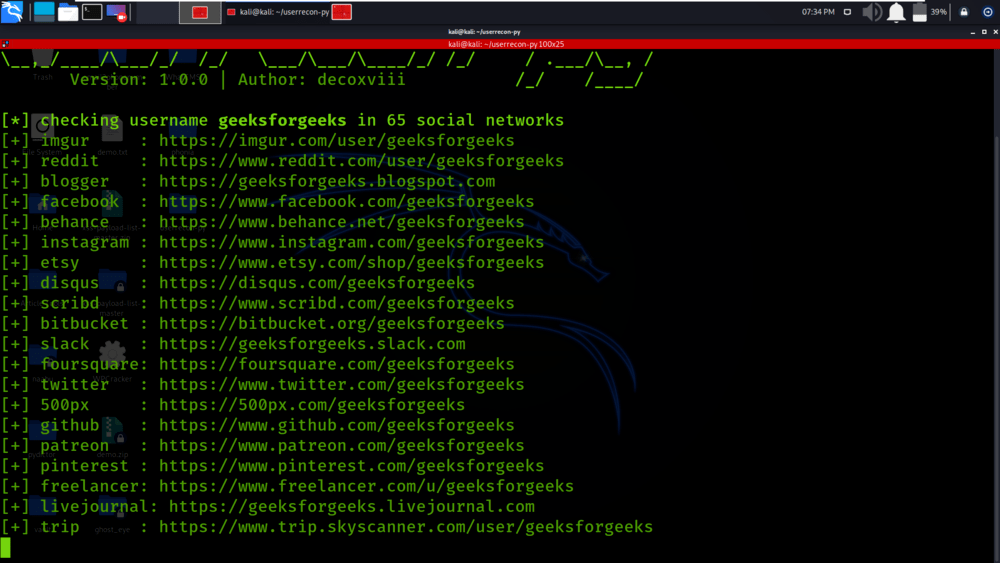 Example 2: Save output in JSON format

In this example, we will be saving the output in the output.json file. 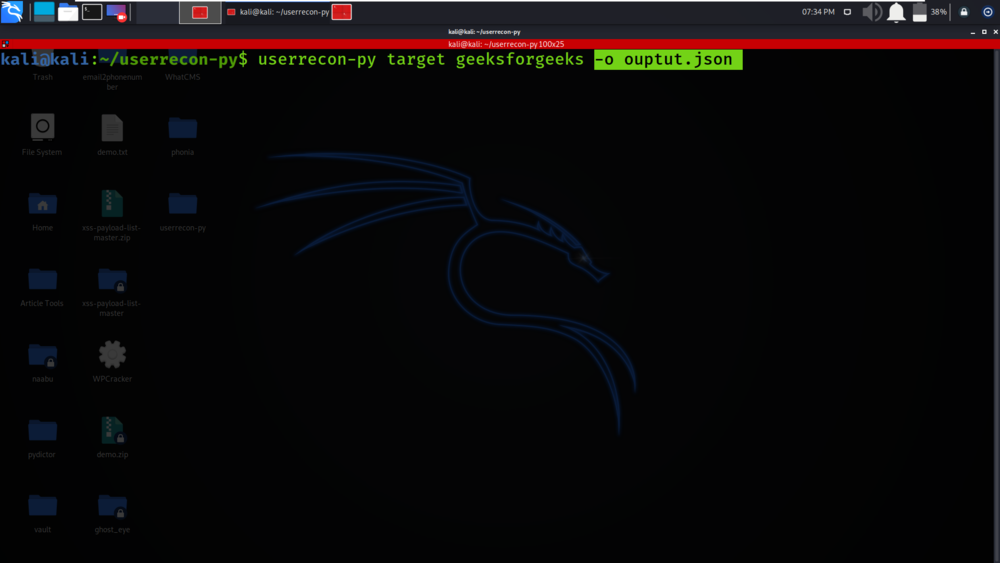 We have got the output.json file which holds the account links. 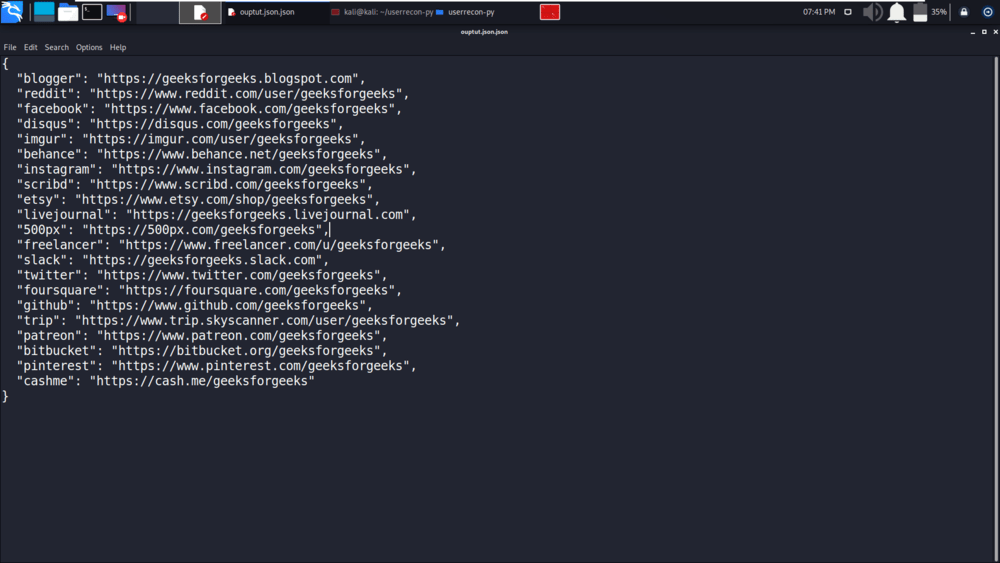