Unified Modeling Language (UML) is a general purpose modelling language. The main aim of UML is to define a standard way to visualize the way a system has been designed. It is quite similar to blueprints used in other fields of engineering.

UML is not a programming language, it is rather a visual language. We use UML diagrams to portray the behavior and structure of a system. UML helps software engineers, businessmen and system architects with modelling, design and analysis. The Object Management Group (OMG) adopted Unified Modelling Language as a standard in 1997. Its been managed by OMG ever since. International Organization for Standardization (ISO) published UML as an approved standard in 2005. UML has been revised over the years and is reviewed periodically.

Do we really need UML?

UML is linked with object oriented design and analysis. UML makes the use of elements and forms associations between them to form diagrams. Diagrams in UML can be broadly classified as:

The image below shows the hierarchy of diagrams according to UML 2.2 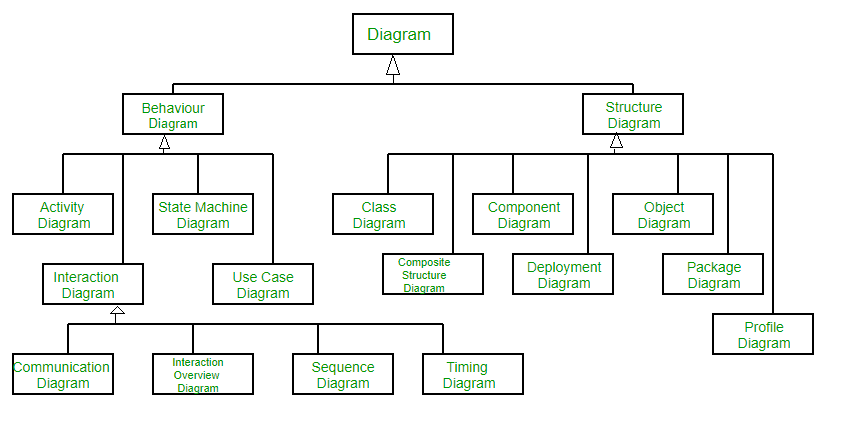