Let’s discuss it one by one.

Type-1 :
User (Local) Variables :
User variables are defined by an automation user and used for a specific task or set of tasks. A user variable can hold one value or multiple values. Prompt-Assignment (type: String) is a variable that is pre-defined for use for new automation tasks. After you create a user (local) variable, you can initialize it again or assign it when a task runs. 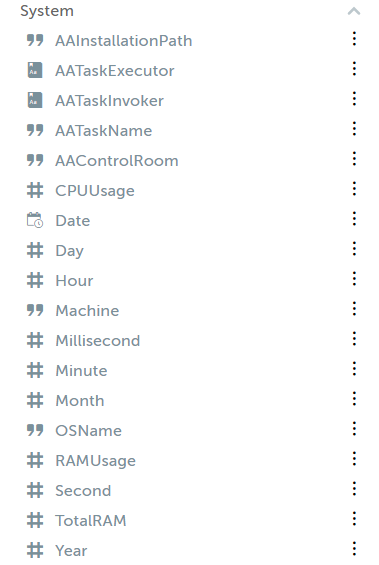 References :
You can learn about system variables in more detail from automation anywhere official document(Types of System Variables.