Do you think you have got imagination power beyond what people call ordinary? You are artistic and creativity runs in your veins, but you still haven’t got the right direction to your professional life? Well then maybe fields like graphic designing, video editing, web development applications, etc. are your cup of tea. 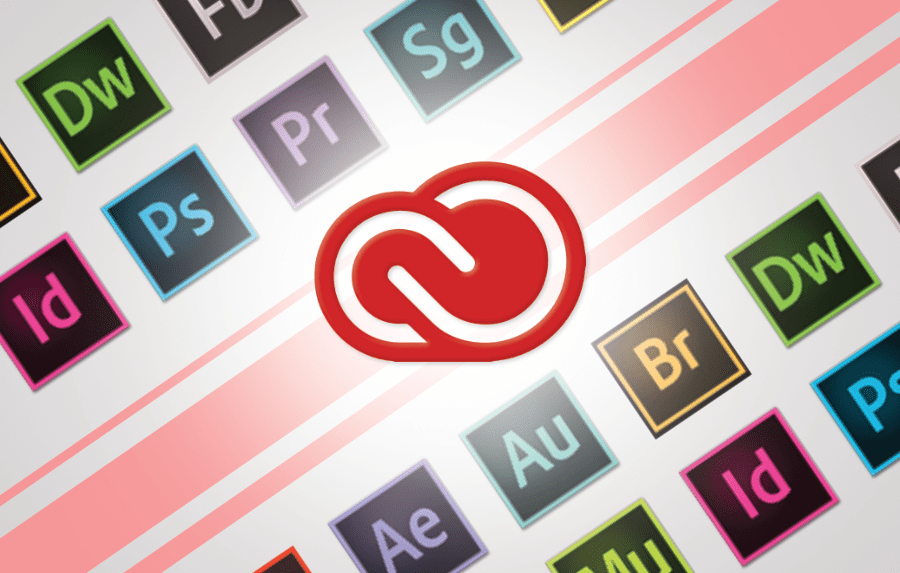 If you are wondering what could be the best possible way to bring your creative ideas to life when it comes to the above-mentioned fields then no doubt Abode Systems and it’s software packages are an obvious answer. They have served software developers with a plethora of tools that are capable of doing wonders! However, given such a wide range of tools, it is quite possible to get confused with their functionalities and precise applications. So here comes this article to your rescue! Let’s have a brief insight into the series of tools and apps that Adobe Creative Cloud has to offer us.

Photoshop is one of the best imaging and graphic design software tools available. It is extremely popular among professionals who manipulate images, create posters, advertisements, wallpaper, digital artwork, and play with animations. This versatile tool can also be used by an artist who wishes to sketch and paint digitally. The tool deals with raster art, i.e. it stores the artwork in the form of pixels. It mainly deals with the editing of photographs. If you have not been using it so far as a graphic designer maybe it’s time to expand your horizons.

Illustrator might seem similar to Photoshop as it too is used for designing purposes though the key difference lies in the way it stores the artwork, i.e. in the form of vectors-art or mathematical equations. This is the reason it permits the users to zoom the graphics indefinitely without affecting its quality. Also unlike Photoshop, it can create images from scratch. However, this tool is not as helpful when it comes to editing and manipulating photographs (that is when you shall rather use Photoshop or Lightroom) but yields the best performance when it comes to designing logos, icons, book illustrations, etc.

Lightroom again might seem corresponding to Photoshop but it is largely a photo editing software that deals with rather minute edits such as color balance, brightness, contrast, etc. It is predominantly built to access, manage, catalog, and edit user’s full resolution images, thus enabling them to have an organized photo library.
Lightroom offers two different products namely Lightroom Classic and Lightroom CC to its users depending on their requirements. Classic stores the files locally, i.e. on the desktops only, therefore it has a limited access scope. It also requires manual organization. On the other hand, Lightroom CC has an added advantage of accessing the files from anywhere, anytime due to their presence in the cloud, and also offers automatic tagging and intelligent search for organization purposes. Thus, CC extends the functionality of smart storage, well organization, synced, and backed up files. However, CC might miss out on some other photo editing features that Classic provides.

Bridge is an easy to use yet dynamic creative asset manager that allows users to preview, edit, organize, browse, and view their creative assets. Creative assets can be considered similar to Brand collaterals for example posters, GIFs, HTML 5 files that are majorly used for advertisement purposes. The basic difference between Lightroom and Bridge is that the later can handle more varieties of files than the former can and is, therefore, more of a universal file manager that works well together with all other Adobe software tools whereas Lightroom is specifically designed to suit a photographers workflow. The best part is Bridge costs you nothing!

Animate is an artistic application used to create expressive animations and interactive content. It allows publications to multiple platforms including but not limited to Air, HTML 5 canvas, WebGL, or even custom platforms such as Snap SVG. This is just the perfect place to bring the still creativity in your mind to life and portray them on TV, advertisements, web, games, and much more. It is also backed with Adobe stock to aid to the animator’s creativity with surpassing the range of photographs. The features that enable the user to do asset design and coding within the app itself makes it stand out.

This software makes it possible to create 2D characters without having to indulge in the tiresome job of animating it frame by frame. Powered by Adobe Sensei AI, it uses the webcam to copy the developer’s facial expressions and make their animated character imitate them to near accuracy in real-time. This tool incredibly saves time by avoiding the painful process of lip-syncing the characters manually.

Dimension is primarily dedicated to branding, packaging, and 3D logo designing. Through this interface, graphic designers can swiftly add 3D models to 2D images to create photorealistic composites of both the elements. To make basic 3D modeling as simple as photoshop, Dimension is an outstanding tool that lets you create captivating 3D content in no time with high-quality assets.

Fuse is an application again devoted to creating and working upon customized 3D but specifically human models that can be exported to photoshop to further pose and animate them. Graphic designers can customize the models by changing their attributes such as facial features and expressions, their outfits, textures, and color of clothes, etc. The application is profoundly used for creating interactive video games, prototyping design layouts, etc.

Adobe XD is a powerful and collaborative UI/UX prototyping and designing an app. Such a prototype is necessarily developed before the developers start the actual coding of the interface to have a clear plan of the way things have to be executed. Moreover, the feature of Coediting which is currently available in Beta, allows the designers to work as a team on a project all together that too in real-time.

It is a fast web designing software that aims at transforming the user interface into a website in the shortest way possible using a smart and simplified coding engine. This powerful coding engine supports numerous programming languages that ultimately lets the developer customize the website. However, it is recommended for professionals who can marvelously use it as a shortcut out of their workloads rather than for beginners. It is suggested that beginners better learn about the basics of designing such as margins, paddings, etc. before using such tools to avoid any chaos while using such shortcuts.

Spark is an online graphic design app that can do basic stuff like creating graphics for your social media posts, web interfaces, and short videos in minutes. The idea is to transform the designer’s imagination into stunning visuals in no time. The application lets the user remold their text and photos into professional-looking graphics. It can incorporate images, icons, videos, text, etc. to create commendable animated presentations along with easy recording of narrations. Though the premium version is available to access more templates and features, the basic version is free.

Fresco is a sketching and painting app compatible with IOS and windows. This app is highly recommended for artists who wish to rediscover the joy of natural painting and sketching in an ironically digital manner. They can shade, blend, swirl and smudge creamy oils and watercolors at the tip of their stylus. The touch devices can give the feel of real brushes, thanks to Adobe Sensei. The app is unique as it seamlessly integrates with Photoshop and illustrator by supporting the world’s largest collection of both pixel and vector-based brushes which can be used together to beautify the same canvas.

InDesign is a powerful and intuitive world standard layout program that allows designers and desktop publishers to create beautiful layouts and publish their projects. It excels at building projects that require multi-page layouts like magazines, newspapers, presentations, and books. The app promises to arrange a large amount of text and photos into rich, organized layouts. The main attraction lies in the fact that it helps users create exceptional graphic designs with typography from the worlds one of the top foundries and imagery, Adobe Stock.

Working on magazines, newspapers, etc. demands several people to be working concurrently on the same project to meet up their rapid schedules. Here comes InCopy as an ideal tool for this community of users. It lets multiple copywriters and editors style the text, track the changes being made and carry out simple layout modifications on a document while designers work on the same document simultaneously in Adobe InDesign, all without intervening with each other’s progress.

Audition is a comprehensive toolset for recording and mixing of audios to create podcasts or videos and produce sound effect designs. It is an industry-leading tool for cleaning up recordings and audio restoration. The application offers waveform, multi-track, and spectral display to edit, create, mix as well as restore the audio content. Audition can deliver the utmost quality of sound which is evident from the fact that it is used for scientific and forensic purposes as well.

Premiere Pro is a professional video editing tool. Users can edit, trim, merge a large number of clips and then sequentially arrange them on a layered timeline where various operations such as audio effects, transitions, texts, etc. a be applied. It is also supported by the power of Adobe Sensei to enhance the user’s experience and avoid tedious jobs in the editing process. Everything right from YouTube videos to cinematic movies use this technology.

As the name suggests, this application is used for the post-production processes of film making, television production and design, and social media. It is fundamentally used for creating visual effects, motion graphics, and animation sequences in the video. The key difference in the utility of this software, when compared to Premiere Pro, is that it can work with only one video at a time and is not designed for editing the final sequence of video clips. Graphic designers after creating the desired visual effects in After Effects export it to Premiere Pro to finalize the video.

Prelude is an organizational tool for footages that also helps the user apply rough cuts to unnecessarily large videos and then work effortlessly on the video with Premiere Pro. It can also transcode videos, for example, reduce/enhance their quality, change their formats and enable the user to work with the metadata. In short, it is a video logging and ingest tool.

This software encodes the media to improve its efficiency by converting it into different formats. It is a rendering and transcoding application that lets the user encode audio and video in a great variety of formats. Though it can function as a standalone application but it better functions as a companion to Premiere Pro, Aftereffects, and Prelude. One of its major applications include compressing the file to widen its usability on the platforms that might not support such heavy files.

Members of this family of application software are undeniably used by everyone be it students or any class of professionals. They are instrumental when working with documents and especially PDF files. Their most important functions include creating and viewing PDF files. There are three software applications in the Adobe Acrobat family namely Acrobat Reader, Acrobat Standard DC, and Acrobat Professional DC.

All these applications(Except Lightroom Classic) use Cloud services to store the data and thus the raw inputs, intermediates, or the end products that these apps generate can be accessed from anywhere, anytime and on any device! You can check out all the apps mentioned above here . 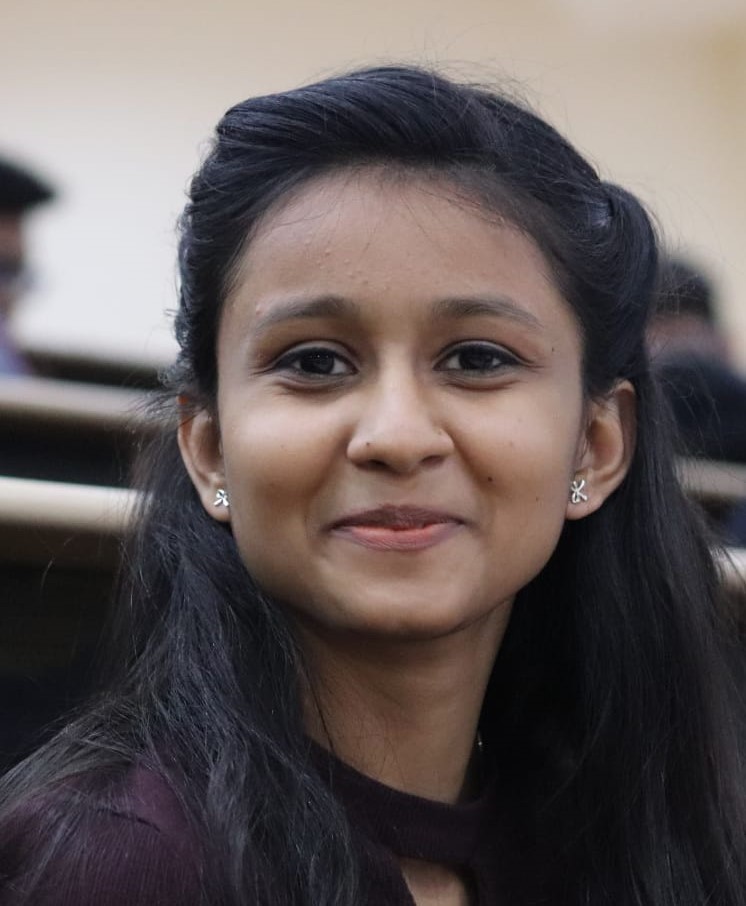