Steps in Top Down Integration Testing

Top-down testing is a type of incremental integration testing approach in which testing is done by integrating or joining two or more modules by moving down from top to bottom through control flow of architecture structure. In these, high-level modules are tested first, and then low-level modules are tested. Then, finally, integration is done to ensure that system is working properly. Stubs and drivers are used to carry out this project. This technique is used to increase or stimulate behavior of Modules that are not integrated into a lower level.

Processing :
Following are the steps that are needed to be followed during processing :

Shortcomings :
Following are some of logical problems that might arise in top-down integration testing :

Example –
In the top-down integration testing, if depth-first approach is adopted then we will start integration from module M1. Then we will integrate M2, then M3, M4, M5, M6, and at last M7. 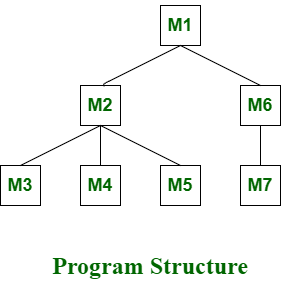