The Information Gathering and Scanning phase is incomplete if the tester has not done Port Scanning or Port Detection on the target host. There can be some services that are running on a specific port. These services can be used to penetrate the host. To detect the active ports on the domain, there are various automated tools. Scanless is an automated tool developed in the Python language, which performs port scanning on the target host. Scanless tool uses some famous scanners to scan and fetch the results on the terminal itself. Scanless tool is available on the GitHub platform, it’s a free and open-source tool to use. 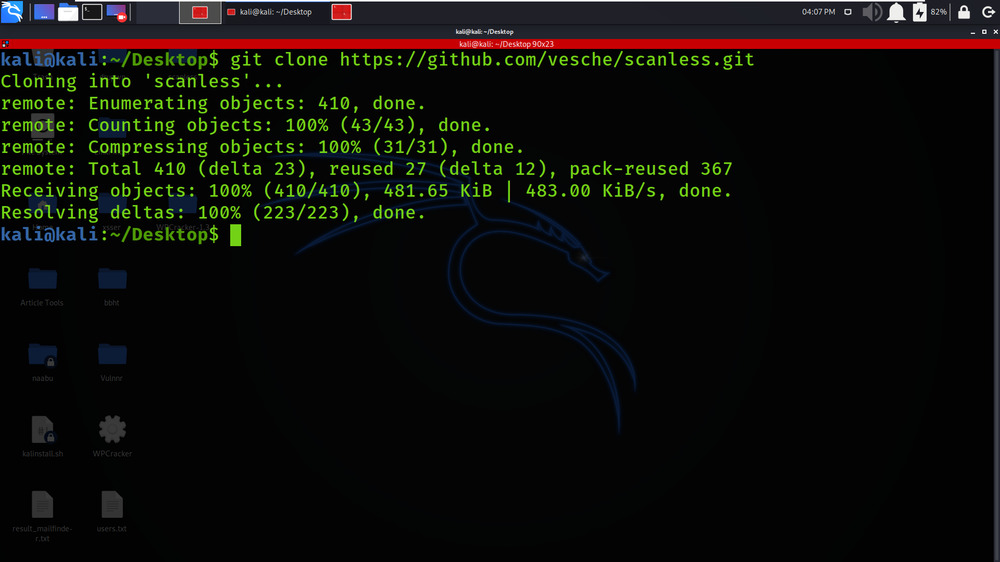 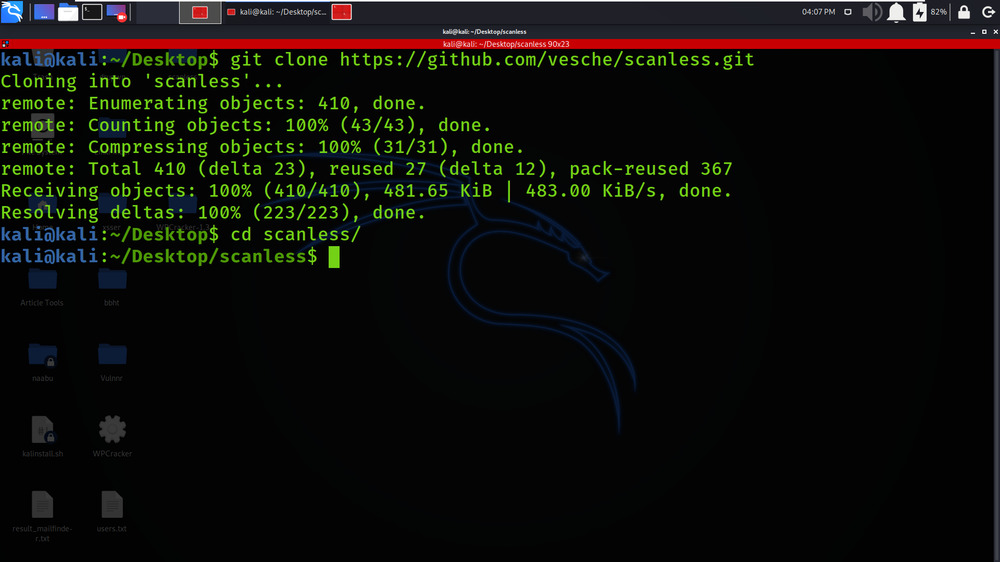 Step 3: You are in the directory of the Scanless. Now you have to install the tool by using the following command. 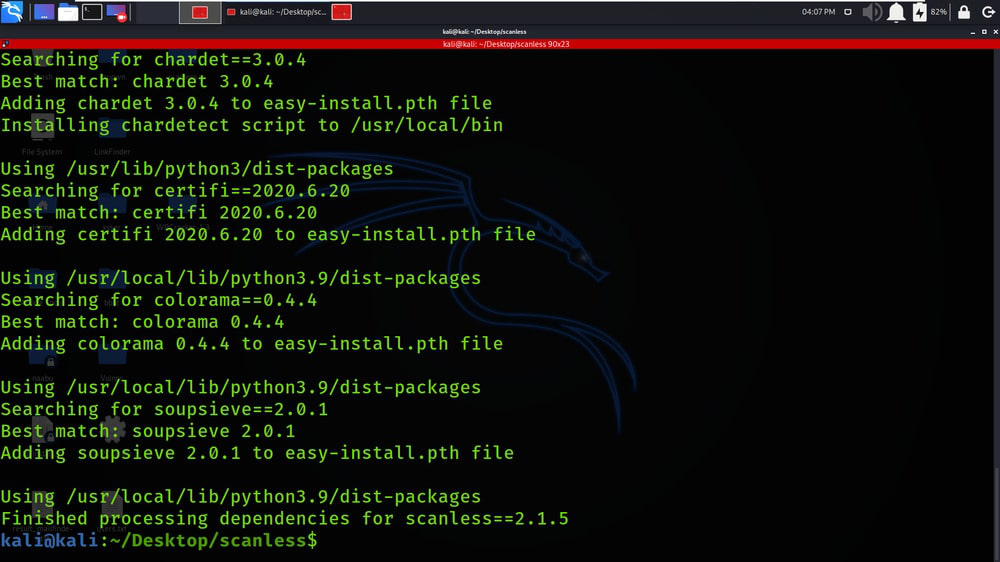 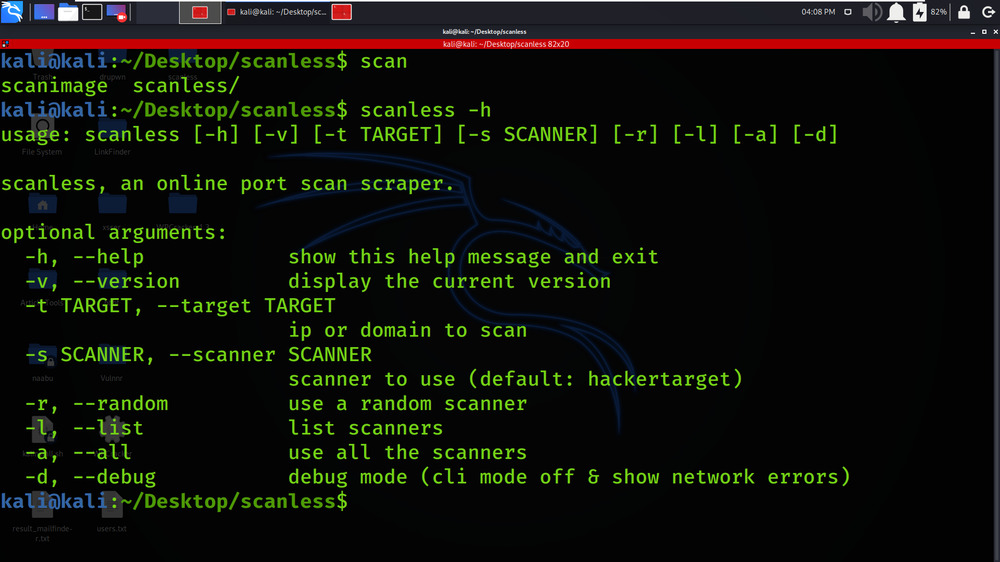 In this example, we are using the spiderip scanner to perform port scanning on the target domain geeksforgeeks.org 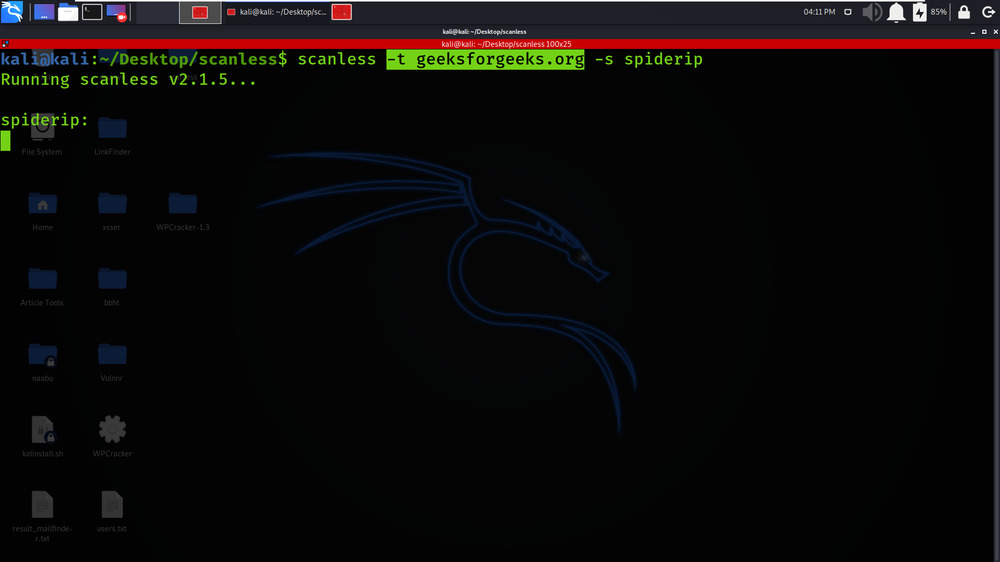 We have got the list of active ports on the http://geeksforgeeks.org domain. 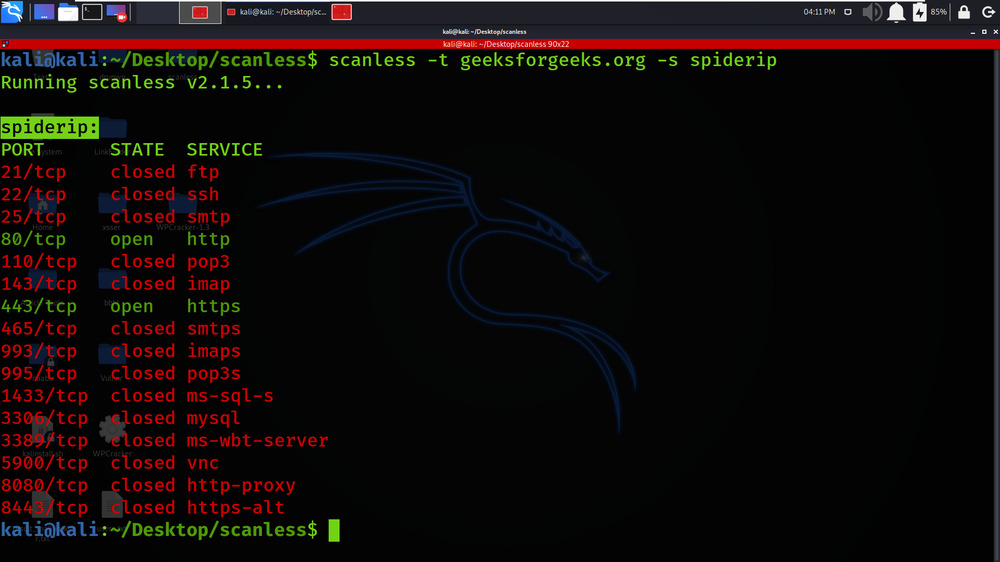 In this example, we are listing all the supported scanners by using the ‘-l’ tag 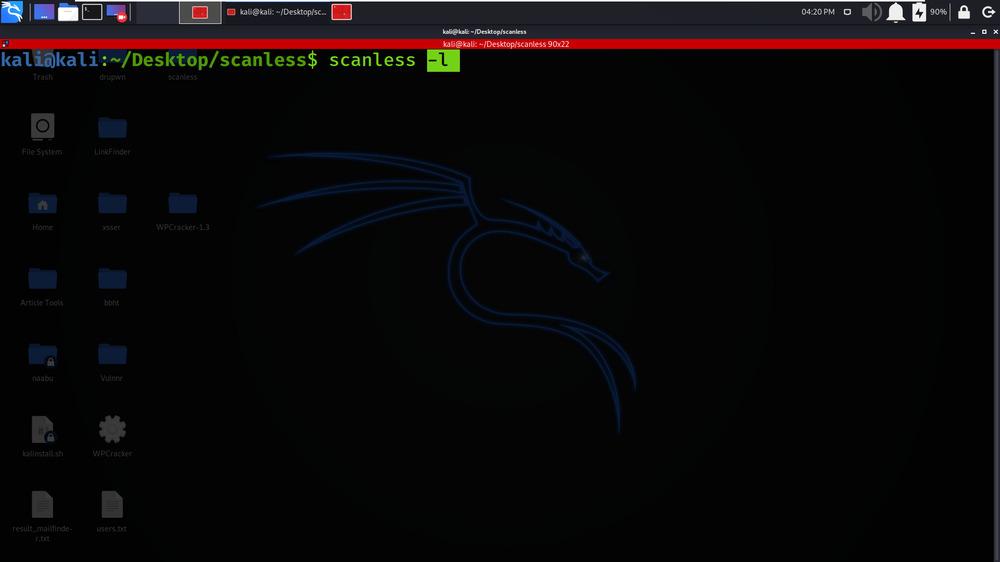 We have listed the available scanners used by the scanless tool 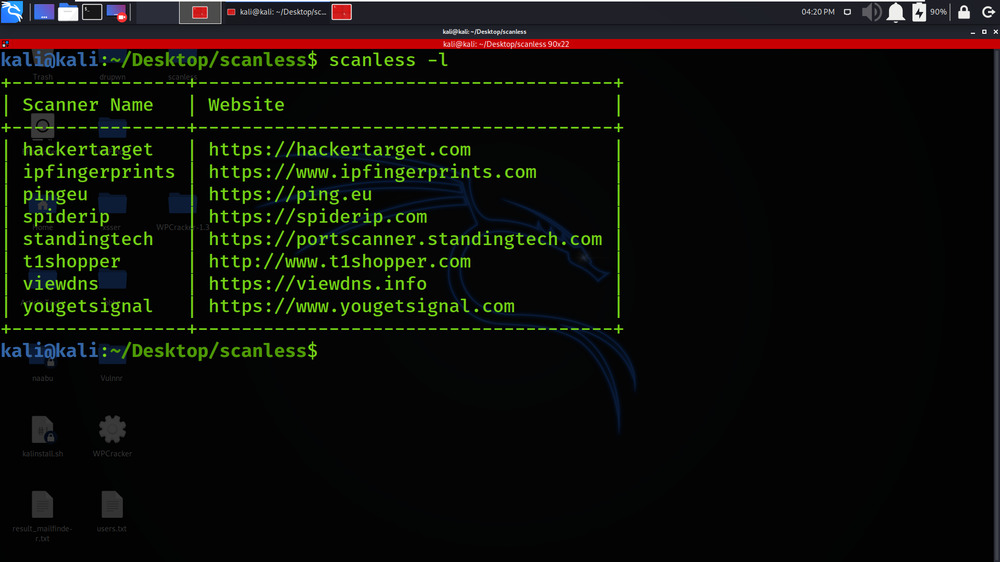 In this example, we are using the pingeu scanner for port scanning against the target domain geeksforgeeks.org. 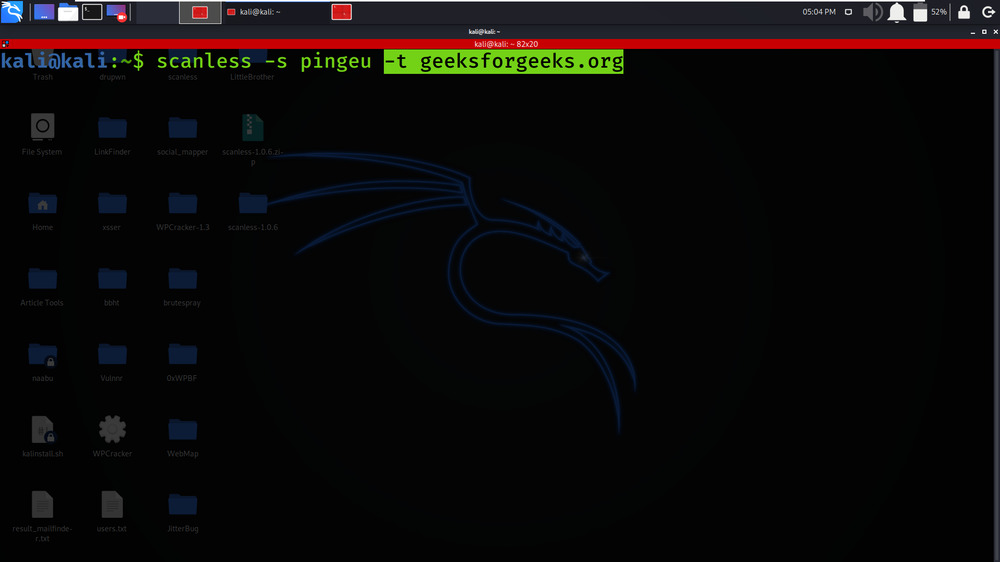 We have got the results which show that port 80 and port 443 are open on the http://geeksforgeeks.org domain.