CRLF injection is a software application coding vulnerability that occurs when an attacker injects a CRLF character sequence where it is not expected. Checking the CRLF Vulnerability manually on the target domain becomes very complicated. So there should be an automated approach for studying the vulnerability. CRLFuzz is a computerized tool designed in the Golang language that scans the CRLF Vulnerability target with a single click. CRLFuzz tool is open-source and free to use.

Note: As CRLFuzz is a Golang language-based tool, so you need to have a Golang environment on your system. So check this link to Install  Golang in your system. – Installation of Go Lang in Linux 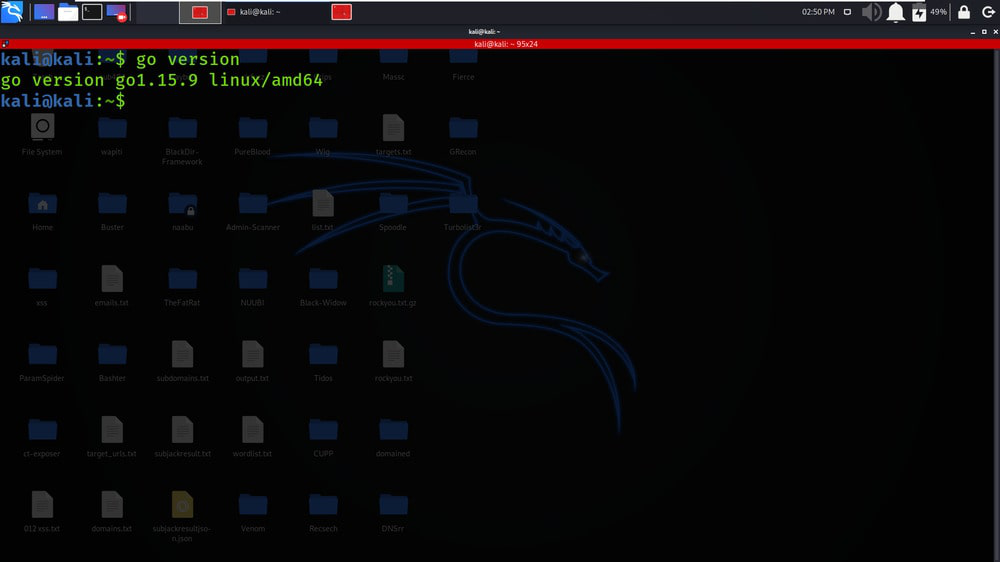 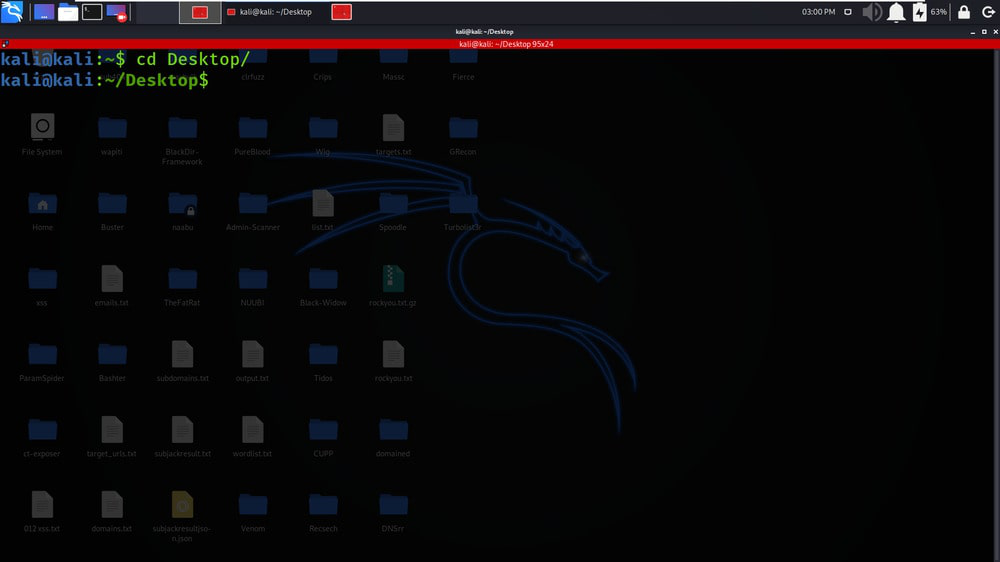 Step 3: You are on Desktop now create a new directory called CRLFuzz using the following command. In this directory, we will complete the installation of the CRLFuzz tool. 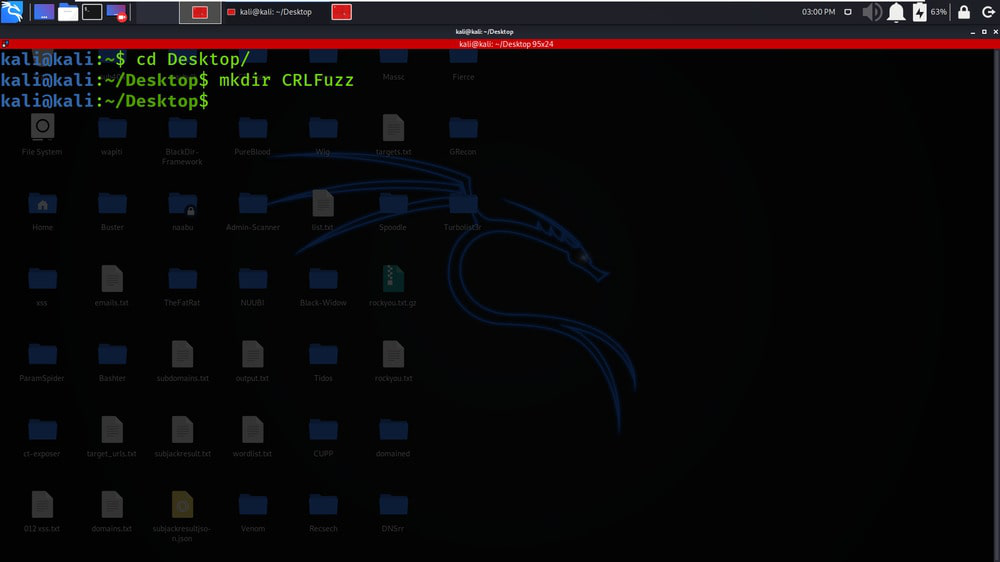 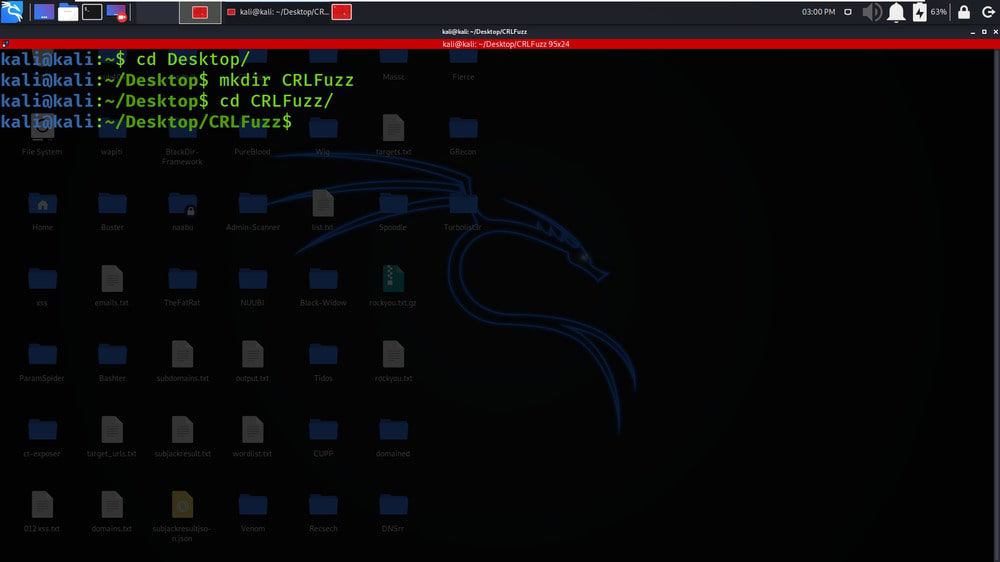 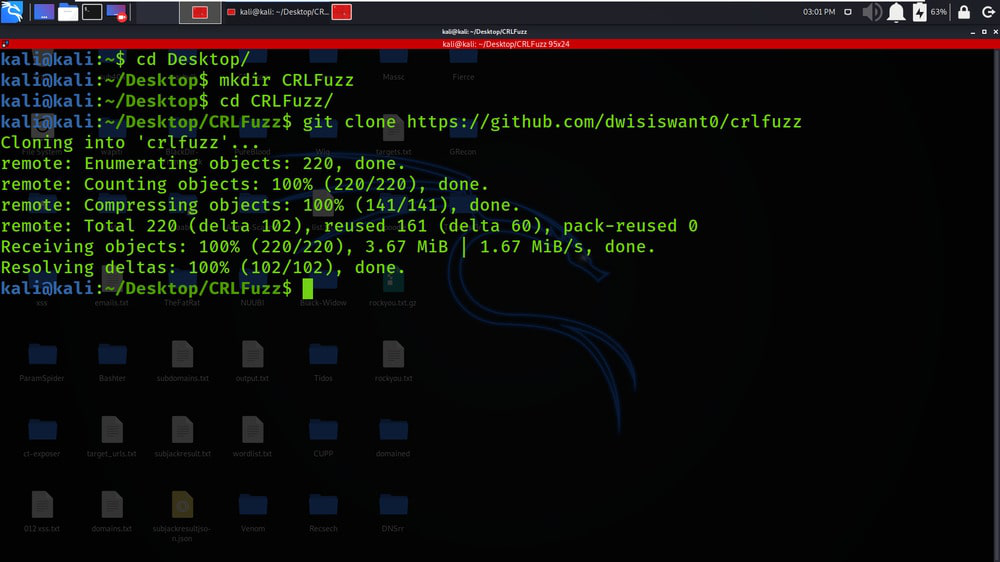 Step 6: The tool has been downloaded successfully in the CRLFuzz directory. Now list out the contents of the tool by using the below command. 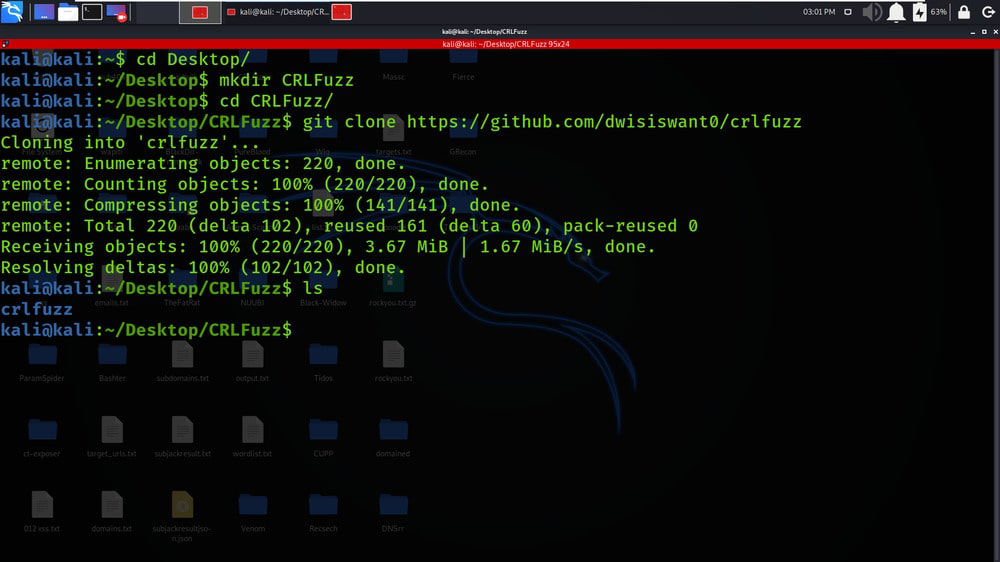 Step 7: You can observe that there is a new directory created of the CRLFuzz tool that has been generated while we were installing the tool. Now move to that directory using the below command: 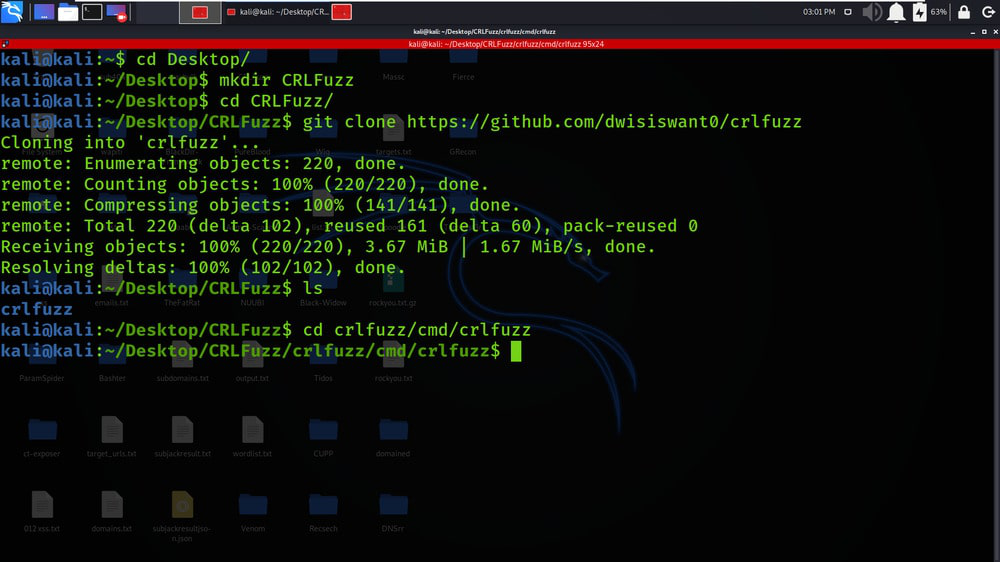 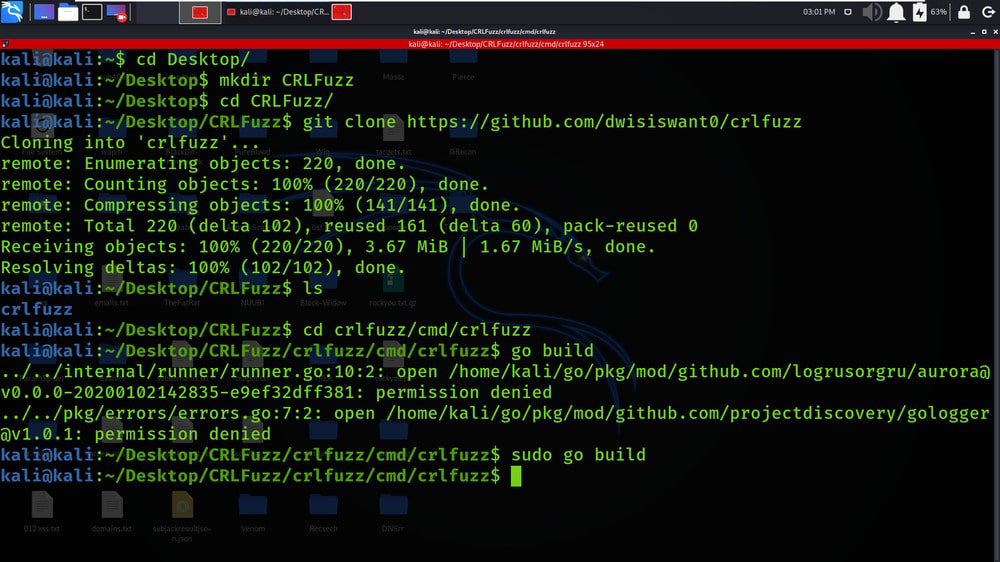 Step 9: Move the tool in /bin directory for quick usage from anywhere. 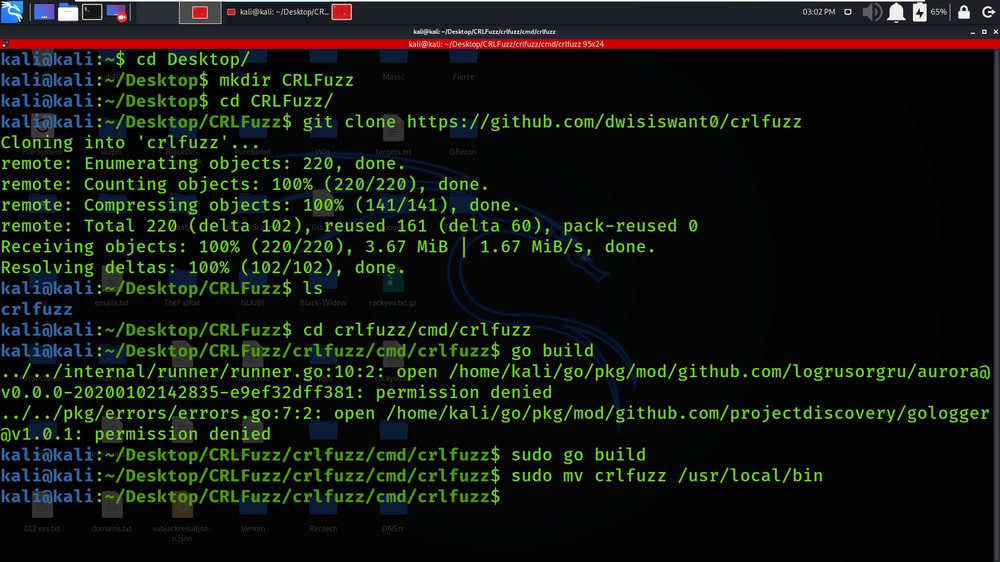 Step 10: Now we are done with our installation, Use the below command to view the help (gives a better understanding of tool) index of the tool. 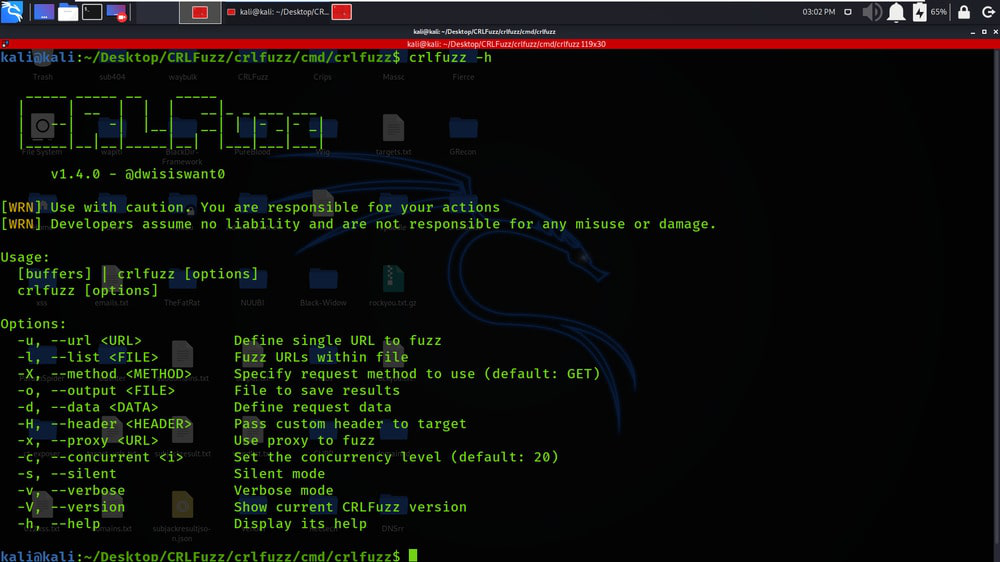 In this example, we will be performing a CRLF Vulnerability scan on our target domain geeksforgeeks.org. -u tag is used to specify the domain URL. 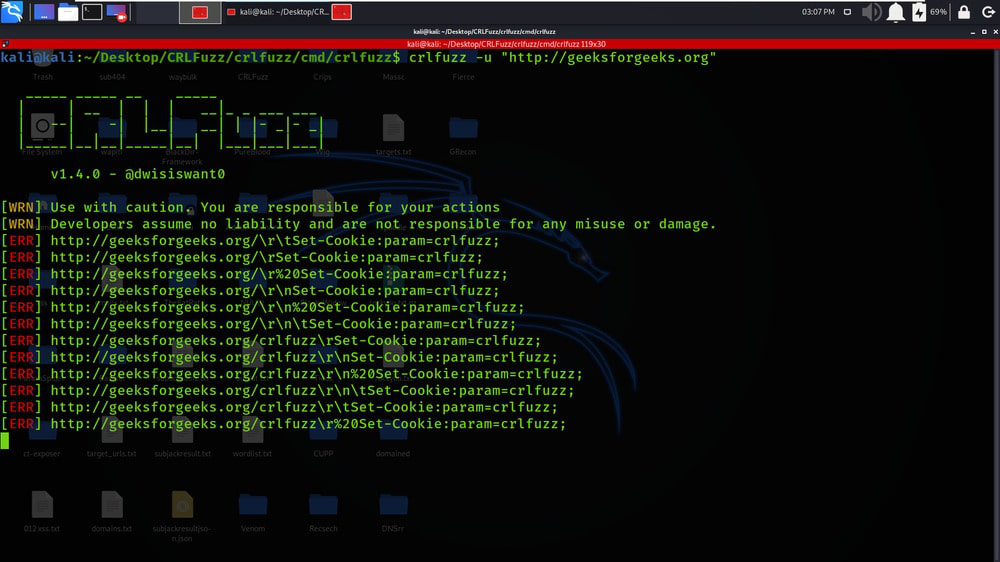 In this example, we will be changing the method of Scan from POST to GET method. -X tag is used to specify the method of the scan. 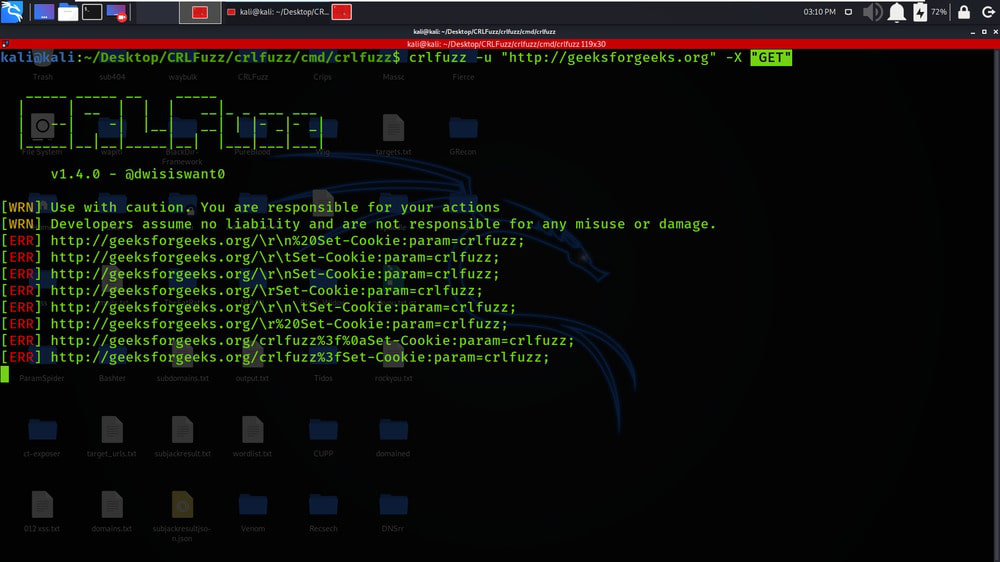 In this example, we will be performing a silent scan. In Silent Scan only the vulnerable targets will be displayed. As geeksforgeeks.org is a secure Website, the tool has not detected any vulnerable target. 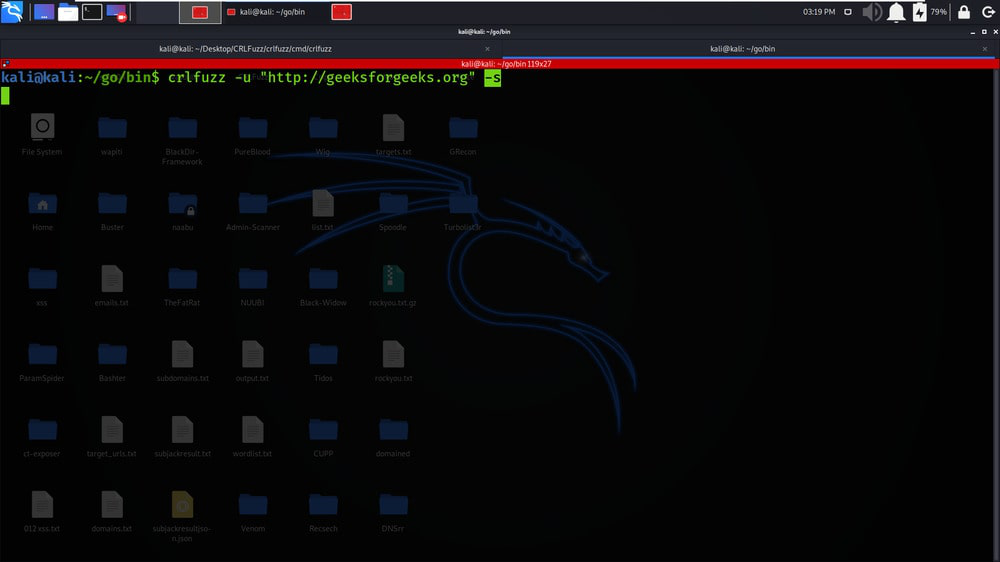 1. In this example, we will be displaying the verbose or detailed output of our scan. -v tag is used to display output in verbose mode. 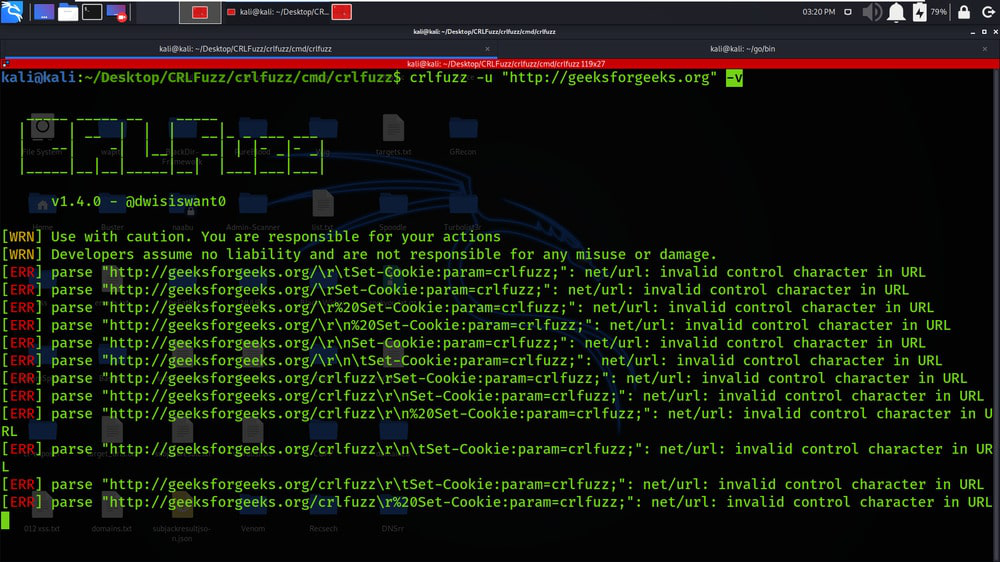 2. In the below Screenshot, we have got the detailed reason why the query was not executed on the geeksforgeeks.org target. 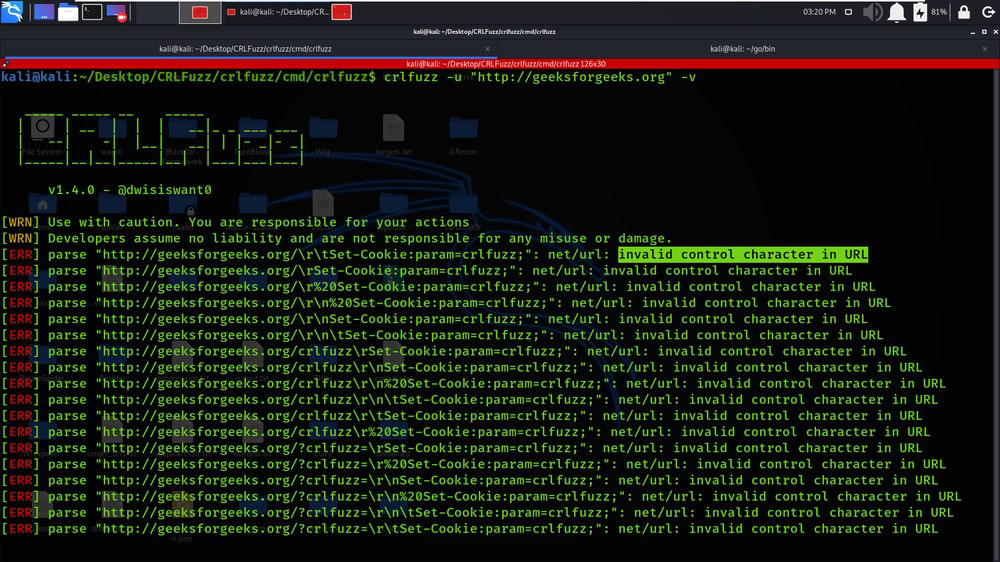 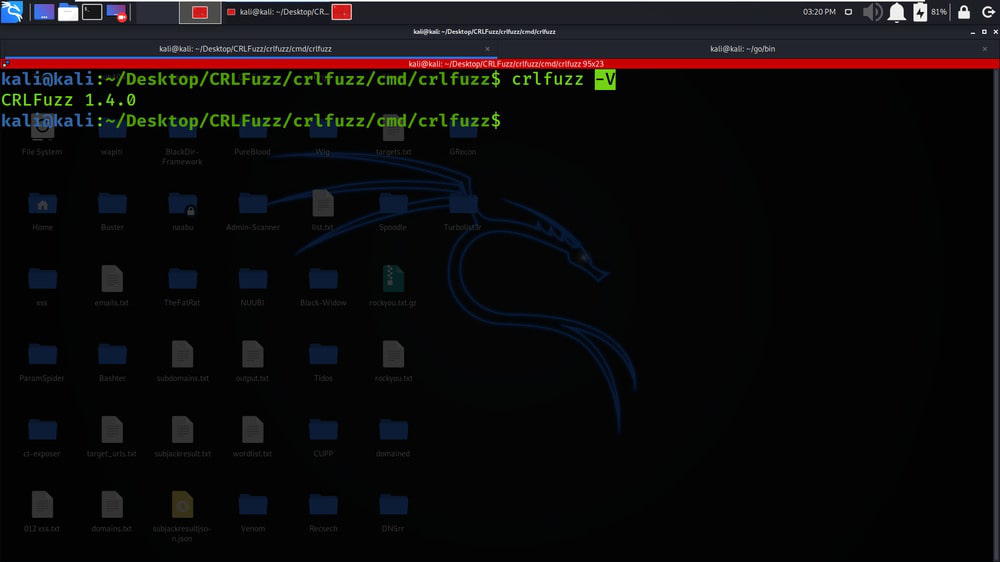 1. In this Example, we are scanning the targets from the text file. In the below Screenshot, We have displayed the targets.txt file. 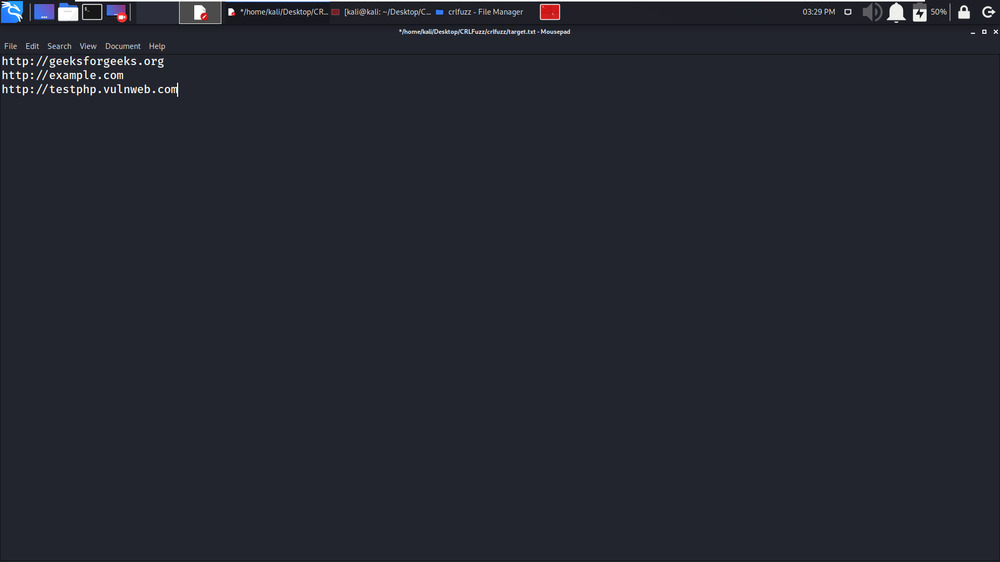 2. In the below Screenshot, we have got the results of our Scan. 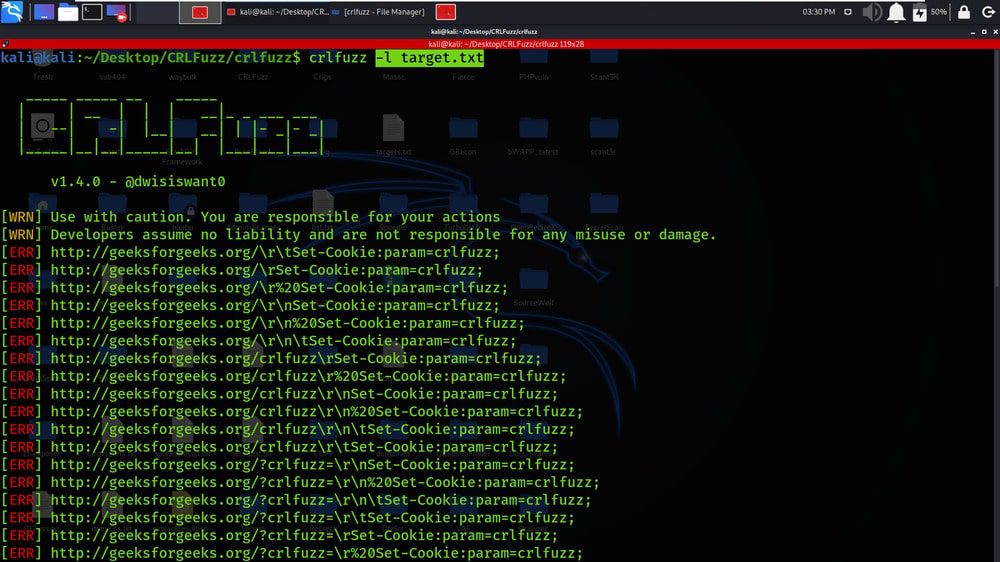 In this example, We are using the crlfuzz tool with the sublist3r tool. 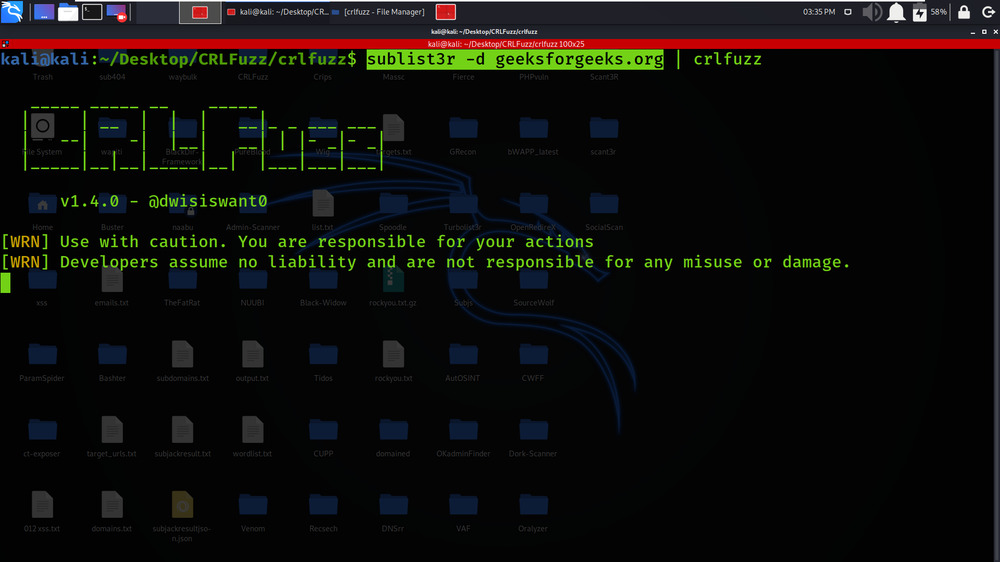 In this example, we are using the -d tag for using the custom data. 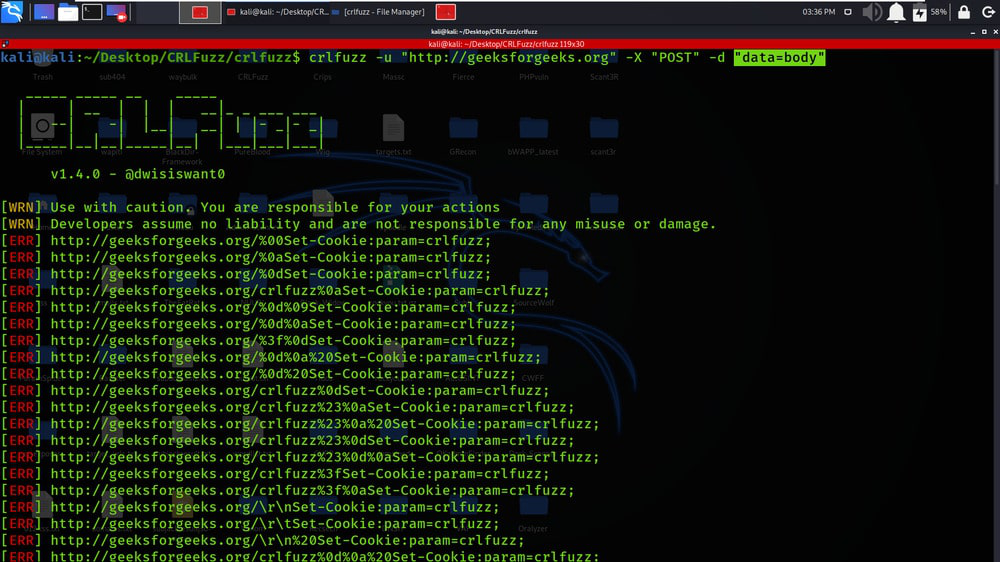 In this Example, we are adding the Header to the request by using the -H tag. 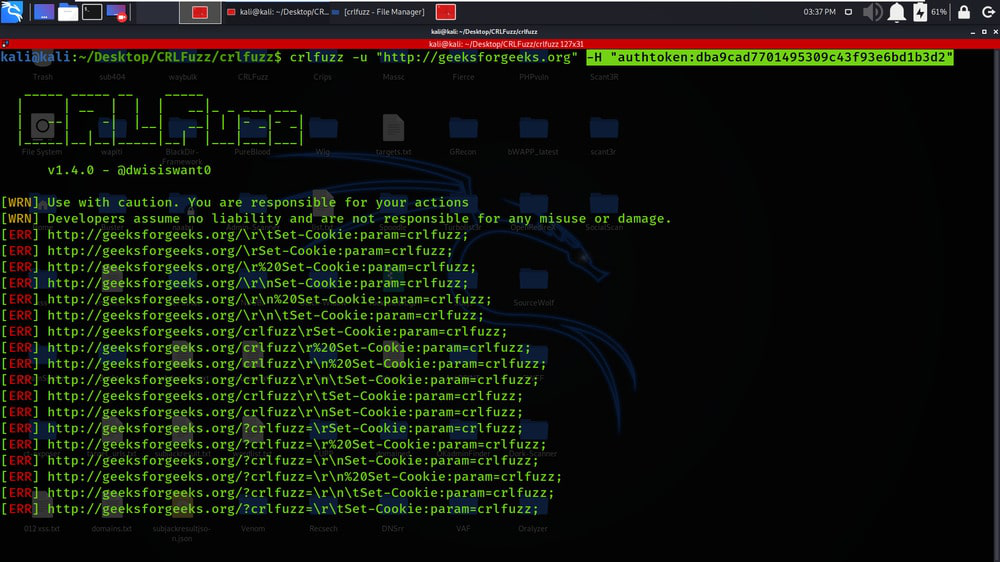 In this example, we are using the proxy server specified in the -x tag. 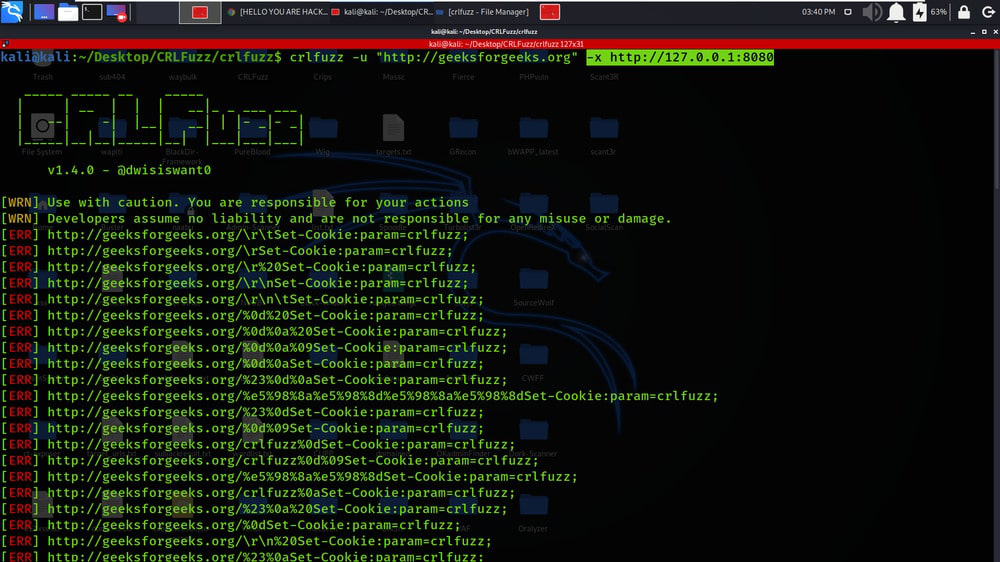 In this example, we are changing the concurrency value. Concurrency is the number of fuzzing at the same time 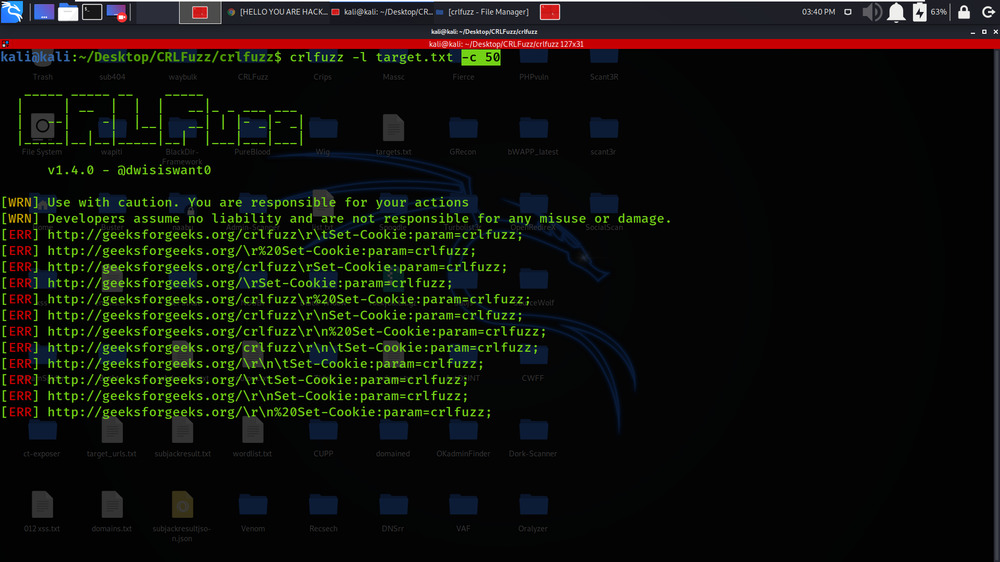 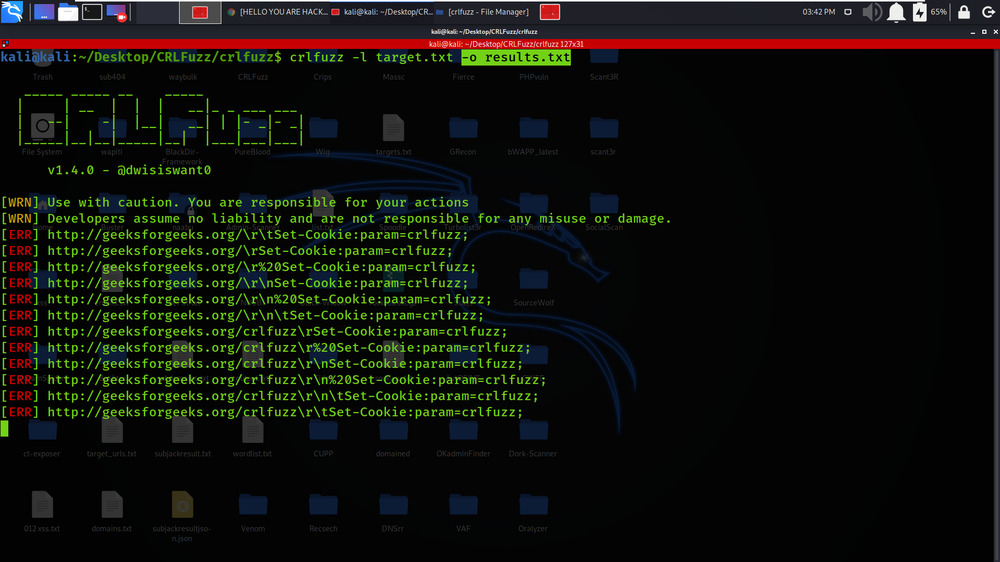 In the below Screenshot, we are displaying the results .txt file. 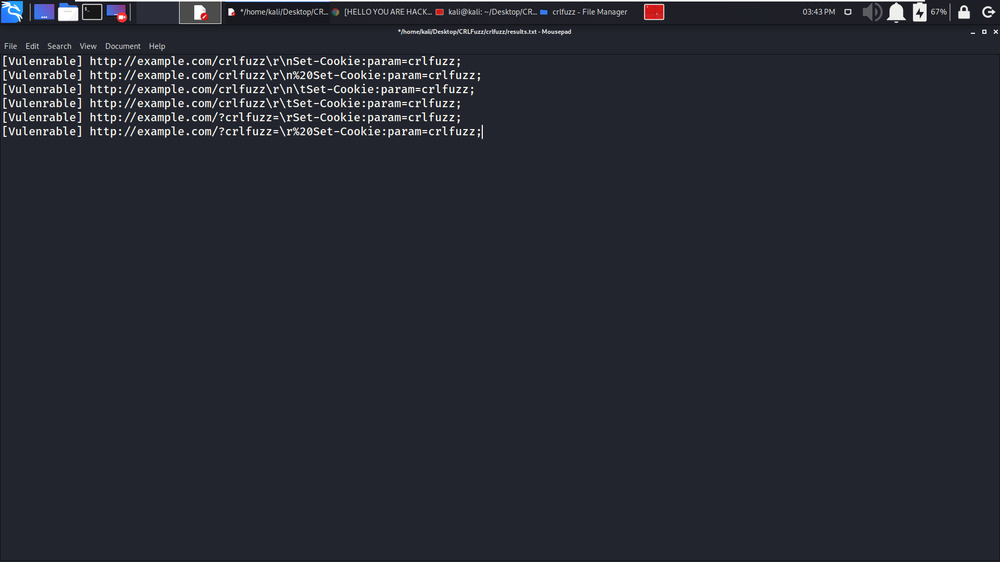 1. In this example, we are using CRLFuzz as a library. 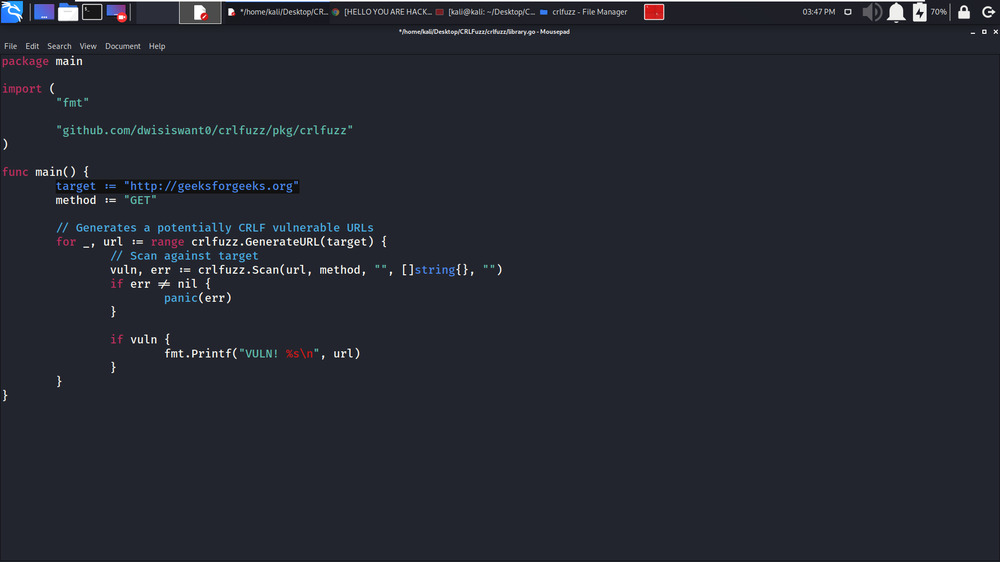 2. In the below Screenshot, we are running the file. 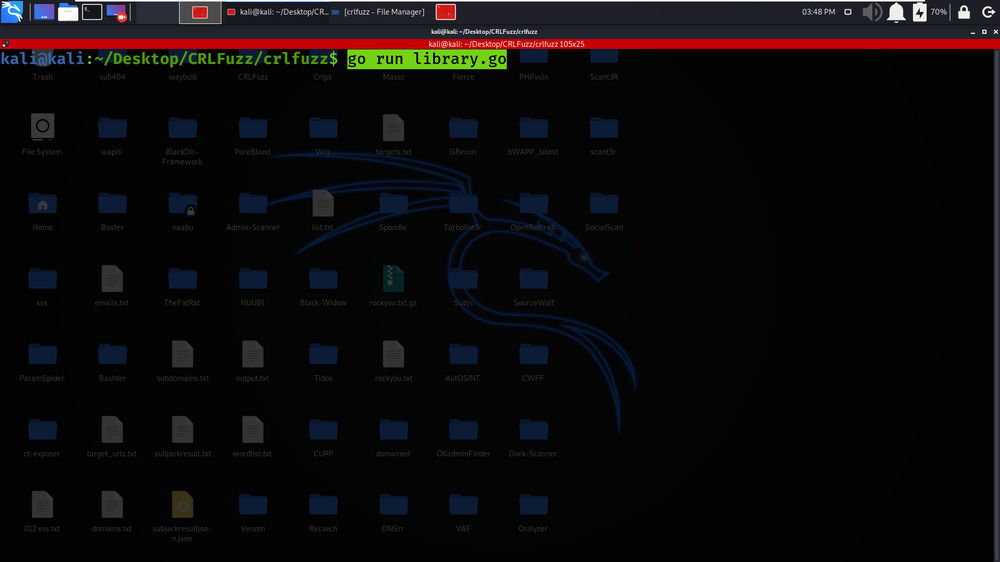