Saving a file in Git

It includes all currently changed files in this commit, but new untracked files are not affected.

This creates a commit command with a displayed message.This command by default opens a locally configured text editor.

This is the shortcut command that combines -a and -m options.

This option enable the user the amend the last commit. If user do not specify commit message with -m he/she will be prompted with message of previous commit command by default. This commands does not create a new commit but ecits the last. 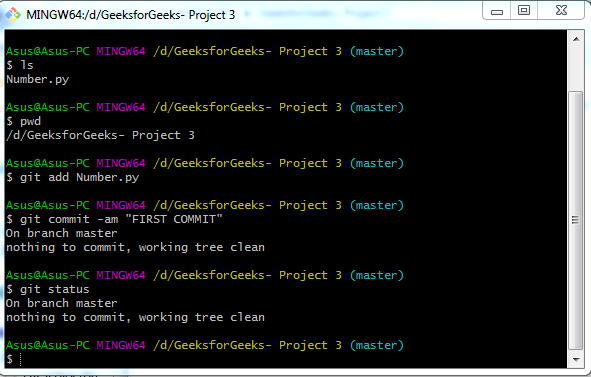 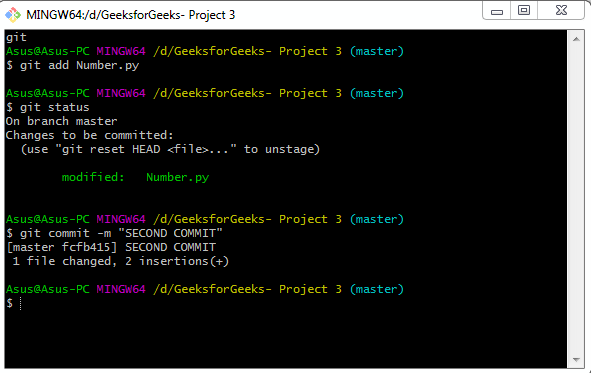