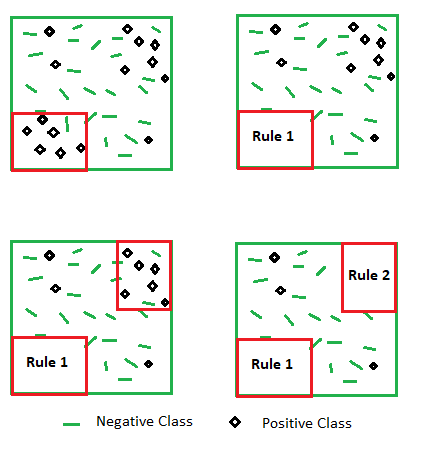 A <-Set of attributes
T <-Set of training records
Y <-Set of classes
Y’ <-Ordered Y according to relevance
R <-Set of rules generated, initially to an empty list
for each class y in Y’
while the majority of class y records are not covered
generate a new rule for class y, using methods given above
Add this rule to R
Remove the records covered by this rule from T
end while
end for
Add rule {}->y’ where y’ is the default class

Classifying a record:
The classification algorithm described below assumes that the rules are unordered and the classes are weighted.