Ruby on Rails or also known as rails is a server-side web application development framework that is written in the Ruby programming language, and it is developed by David Heinemeier Hansson under the MIT License. It supports MVC(model-view-controller) architecture that provides a default structure for database, web pages, and web services, it also uses web standards like JSON or XML for transfer data and HTML, CSS, and JavaScript for the user interface. It emphasizes the use of other well-known software engineering pattern and paradigms like:

Why Ruby on Rails?

Where to use Ruby on Rails?

You can use Ruby on Rails application in various area of web development like in a long term project which needs large transformation, or in the project that has heavy traffic, or to develop a short prototype or MVPs, or in a project that requires wide range of complex functions, etc.

Feature of Ruby on Rails

1. Model-view-controller Architecture: Ruby on Rails used MVC architecture, and it contains three components, i.e., model, view, and controller. Here, the model is used to maintain the relationship between object and database, the view is templates that are used to build the data users for web applications, and the controller is used to merge model and view together. MVC is generally used for developing user interfaces that divide the data into three interconnected components so that it can separate the internal representation of the information from the way it presents to and get from the user.

2. Active Records: The active record framework is introduced in Ruby on Rails. It is a powerful library that allows the developer to design the database interactive queries.

3. Built-in Testing: Ruby on Rails provides its own set of tests that will run on your code. It will save time and effort.

4. Programming Language: This syntax of Ruby on Rails is simple because the syntax of the Ruby programming language is close to English, so it is always easier to structure your thinking and writing it into code.

6. Convention over configuration: In Ruby on Rails, a programmer can only specify the unconventional aspects of the application.

Advantages of Ruby on Rails

Disadvantages of Ruby on Rails

To create a rails application you need to follow the following steps:

Step 1: Open a terminal and write the following command. This command creates an application with the name ‘myFirstProject’. 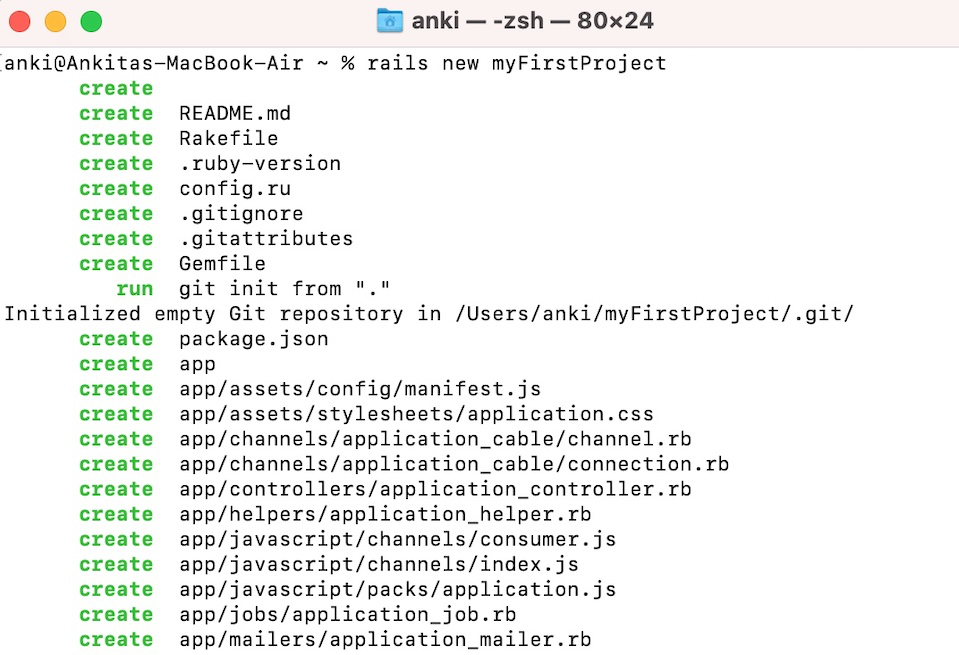 Step 2: Now we move into our application directory. 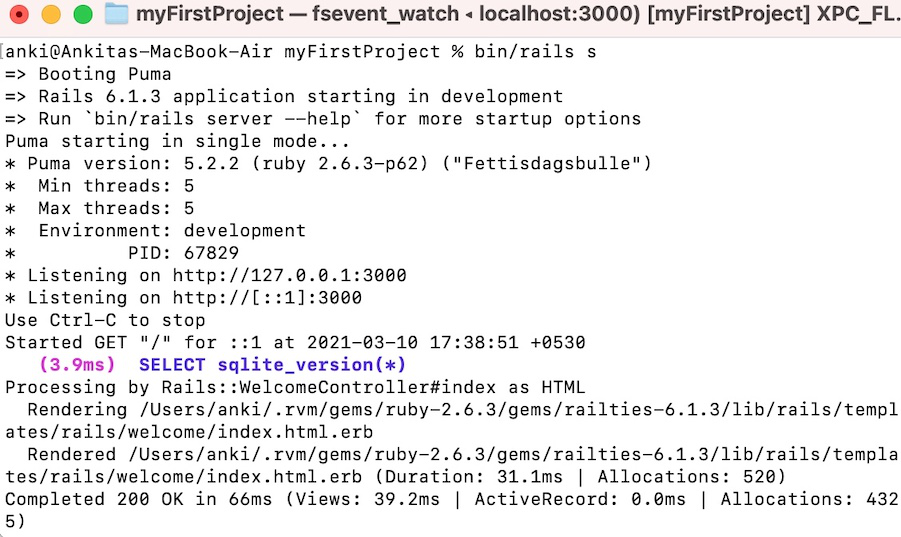 By default, the rails server uses port 3000. If you want to change the port number we can use the following command:

Now open the browser and open http://localhost:3000/. If your server works properly then you will get this page. 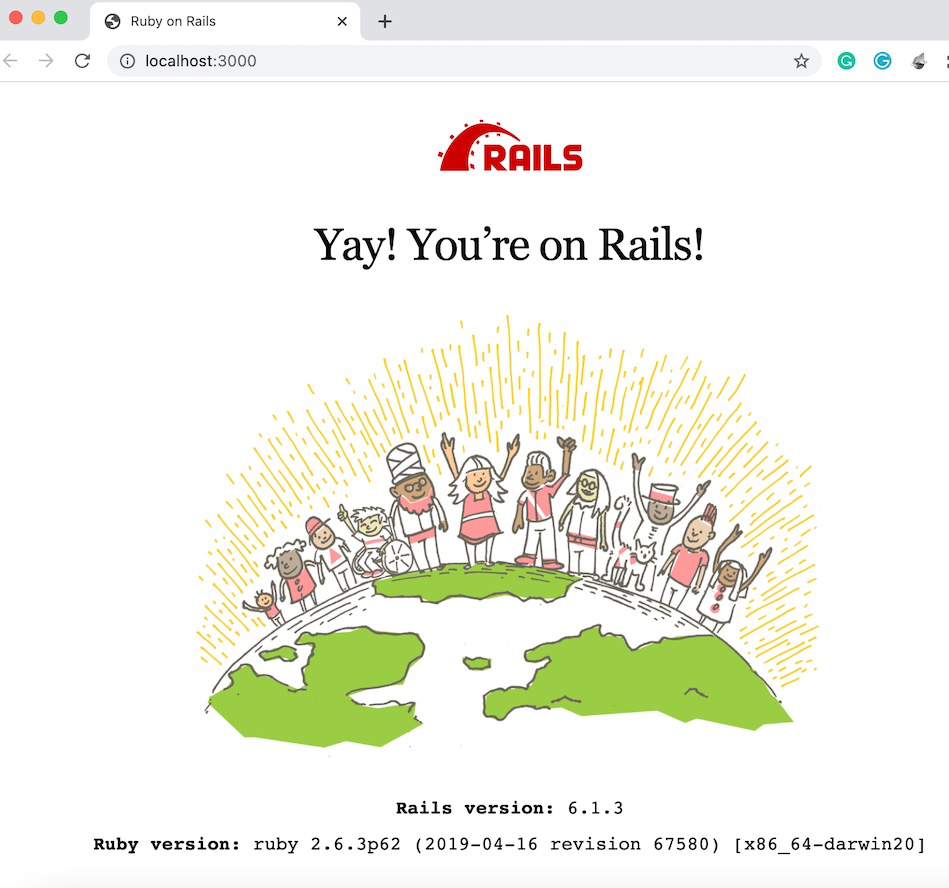 Step 4: Open another terminal and move to myFirstProject directory. Now we create a controller named ‘sample’ for our home page.

Step 5: Now we add an index page. So open sublime text and write the following HTML code and save the file with name index.html.erb, and in location: /myFirstProject/app/views/sample/index.html.erb.

Step 6: After creating index page, we need to route the ruby on rails to this page. So for that open routes.rb file which is present in location: /myFirstProject/config/routes.rb. Now write the following line in the routes.rb file