The notion of Rough sets was introduced by Z Pawlak in his seminal paper of 1982 (Pawlak 1982). It is a formal theory derived from fundamental research on logical properties of information systems. Rough set theory has been a methodology of database mining or knowledge discovery in relational databases. In its abstract form, it is a new area of uncertainty mathematics closely related to fuzzy theory. We can use rough set approach to discover structural relationship within imprecise and noisy data. Rough sets and fuzzy sets are complementary generalizations of classical sets. The approximation spaces of rough set theory are sets with multiple memberships, while fuzzy sets are concerned with partial memberships. The rapid development of these two approaches provides a basis for “soft computing, ” initiated by Lotfi A. Zadeh. Soft Computing includes along with rough sets, at least fuzzy logic, neural networks, probabilistic reasoning, belief networks, machine learning, evolutionary computing, and chaos theory.

In Rough Set, data model information is stored in a table. Each row (tuples) represents a fact or an object. Often the facts are not consistent with each other. In Rough Set terminology a data table is called an Information System. Thus, the information table represents input data, gathered from any domain. 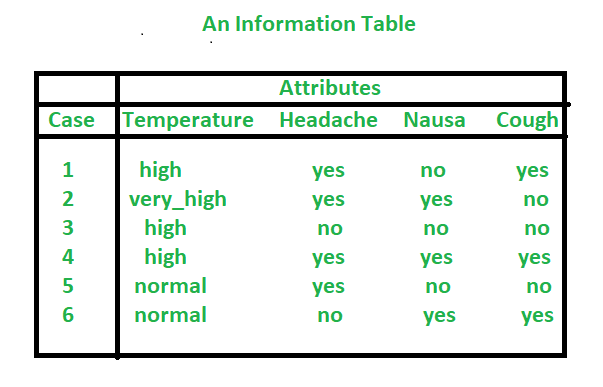 Tables may contain many objects having the same features. A way of reducing table size is to store only one representative object for every set of objects with same features. These objects are called indiscernible objects or tuples. With any P subset A there is an associated equivalence relation IND(P):

Where IND(P) is called indiscernibility of relation. Here x and y are indiscernible from each other by attribute P. 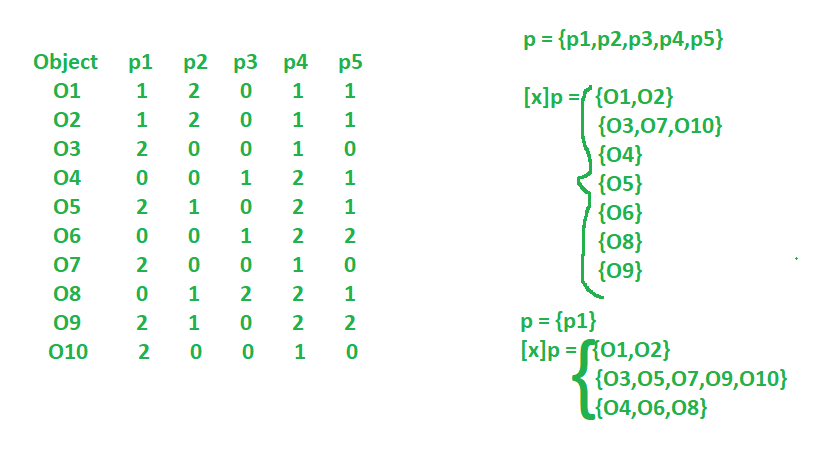 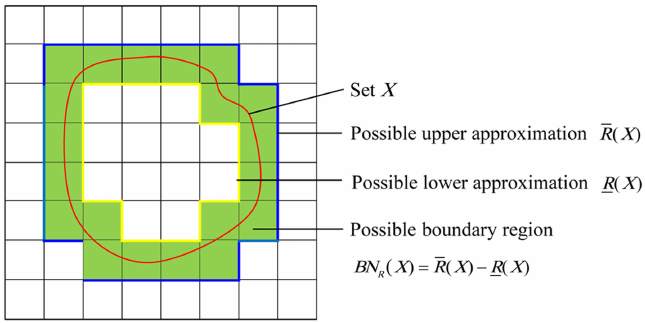 Let’s discuss an example. the previous table is taken as information table. 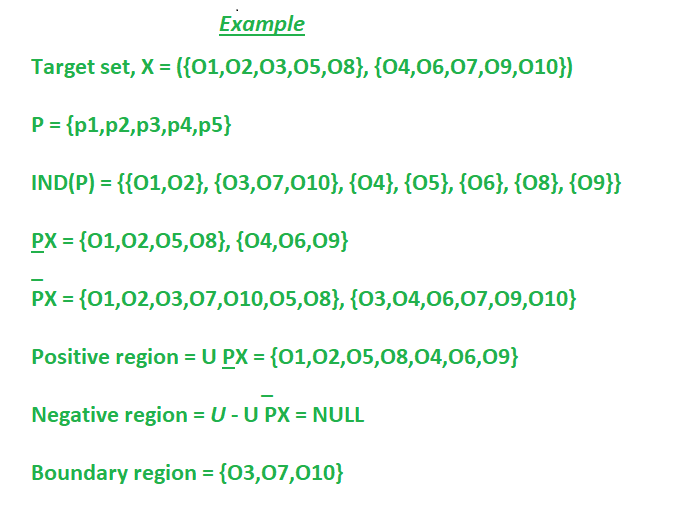