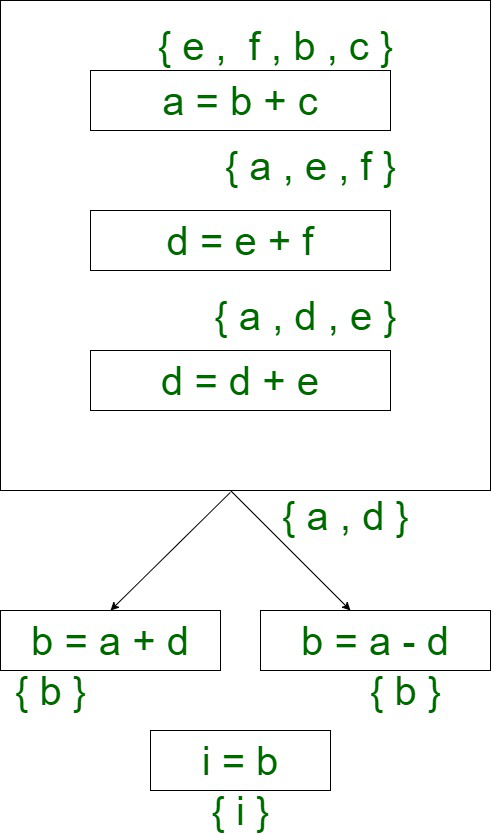 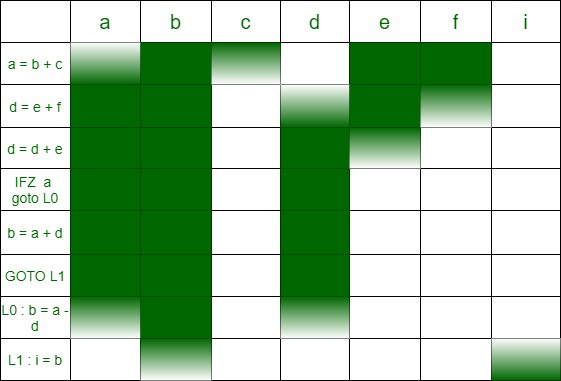 If we draw horizontal line at any point on the above diagram we can see that we require exactly 4 registers to perform the operations in the program .

A k-coloring of the graph is mapped to k registers .

# spill some nodes based on their live ranges and then try again with same k value . If problem persists it means that the assumed  k value can’t be the minimum number of registers .Try increasing the k value by 1 and try the whole procedure again .

For the same instructions mentioned above the graph coloring will be as follows : 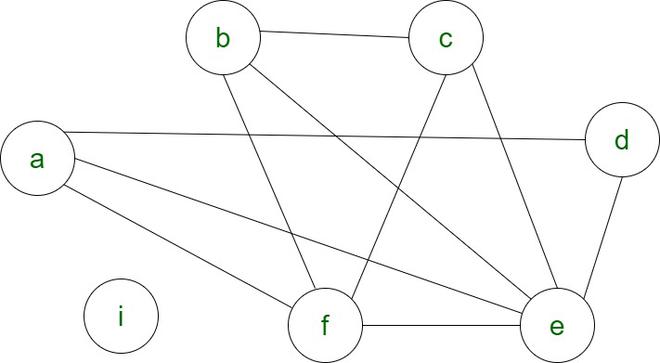 After performing the graph coloring, final graph is obtained as follows 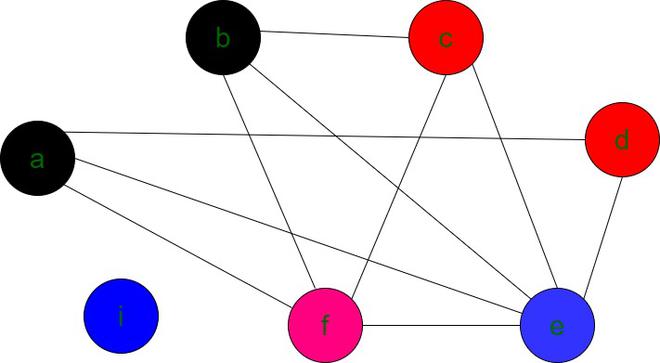 Note : Any color(register) can be assigned to ‘i’ as  it has no edge to any other nodes . 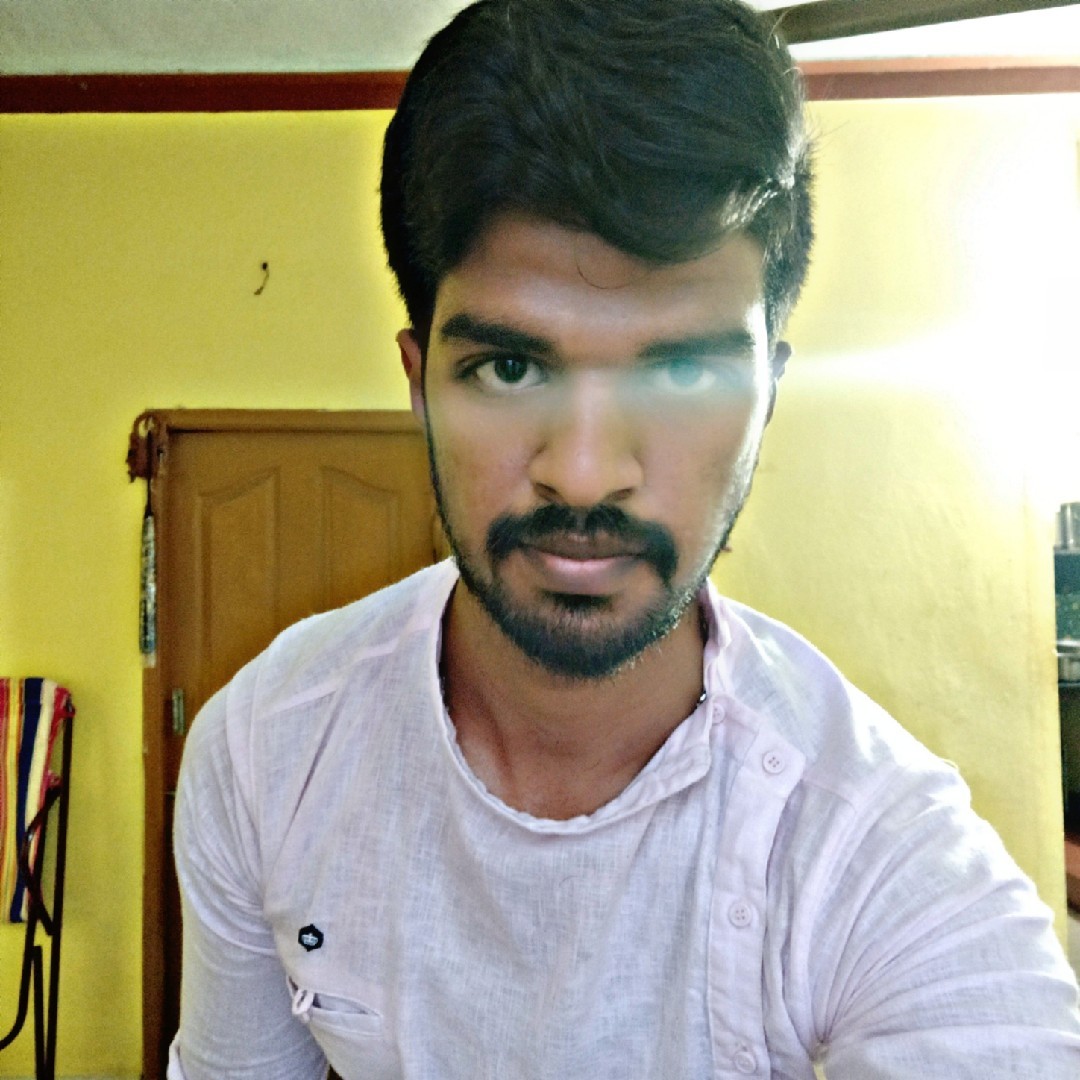