React Desktop is a popular library to bring the native desktop experience to the web. This library provides macOS and Windows OS components. Radio Component is used to allow the users to select one option from a set. We can use the following approach in ReactJS to use the React Desktop Windows Radio Component. 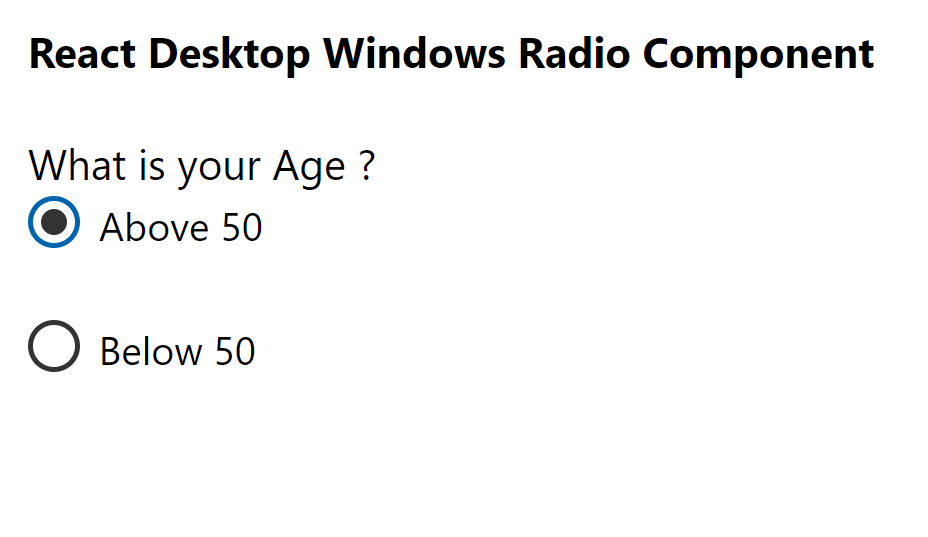