React Desktop is a popular library to bring the native desktop experience to the web. This library provides macOS and Windows OS components. TitleBar Component is used to allow the users to create a TitleBar with controls like Maximize, Minimize and Close. We can use the following approach in ReactJS to use the React Desktop Windows TitleBar Component. 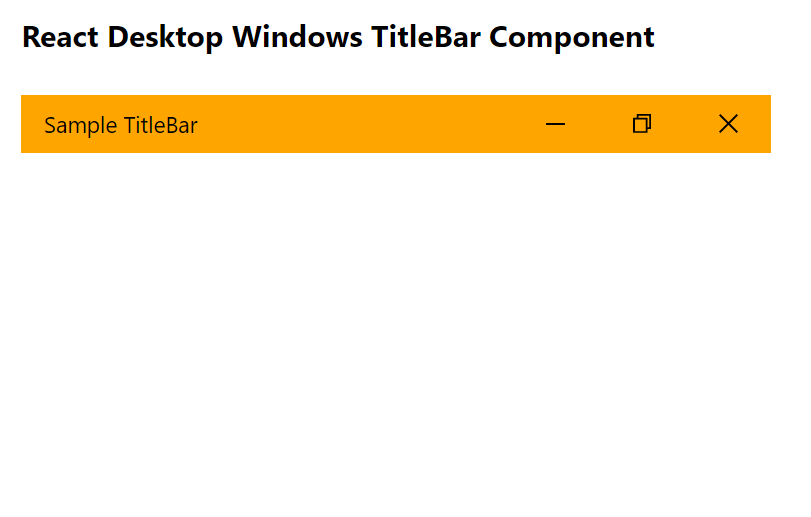