Pandas provide a method to swap case of each string in a series. This means lower case characters will be converted into uppercase and Uppercase character into lower case in every string. .str has to be prefixed every time before calling this method to differentiate it from Python’s default function otherwise, it will give an error.

This method works similarly to the str.upper() and str.lower() in Pandas.

Return Type: Series with Swapped case of each character

In this example, Null rows are removed using dropna() method (All though str.swapcase() doesn’t throw an error for null values, but it’s a good practice to remove them to avoid errors).

Output:
As shown in the output image, the text case in Team column has been interchanged. 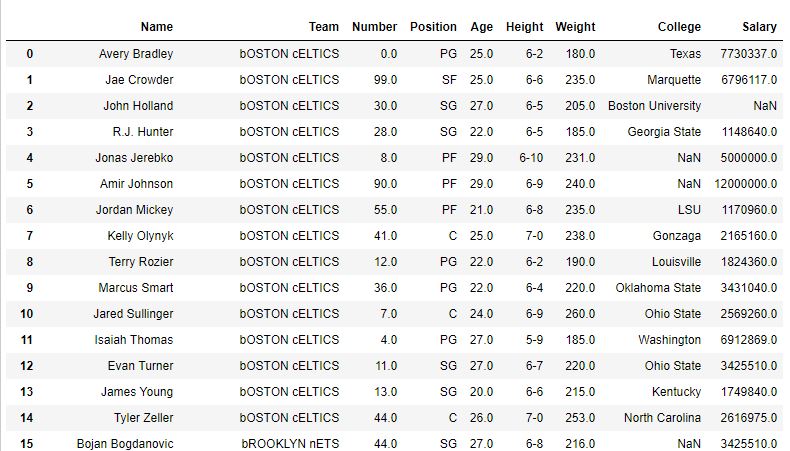 In this example, a copy of Name column is made. After that str.swapcase() is applied twice on it and it is checked with original Series that whether it’s same or not.

Output:
As shown in the output image, the whole data frame was returned when the filter was passed in .where() method. This means after that after doing str.swapcase() twice, the string becomes what it was before operation.