Point-to-Point Protocol (PPP) was generally invented by Internet Engineering Task Force (IETF) simply to create and develop a data link protocol for point to point lines that can be helpful in solving many of the problems that are present in SLIP.

PPP can operate on different DTE/DCE (Data Terminal Equipment/Data Circuit-Terminating Equipment) physical interfaces along with asynchronous serial, synchronous serial, ISDN, etc. It can also operate on various network layer protocols such as IPX, AppleTalk, whereas on the other hand, SLIP only operates on TCP/IP-based protocols. All of the point-to-point links that utilize PPP protocol needs to be able to support full-duplex communication.

PPP Phase Diagram :
PPP connection generally goes through different phases that can be seen in Transition Phase Diagram as shown below : 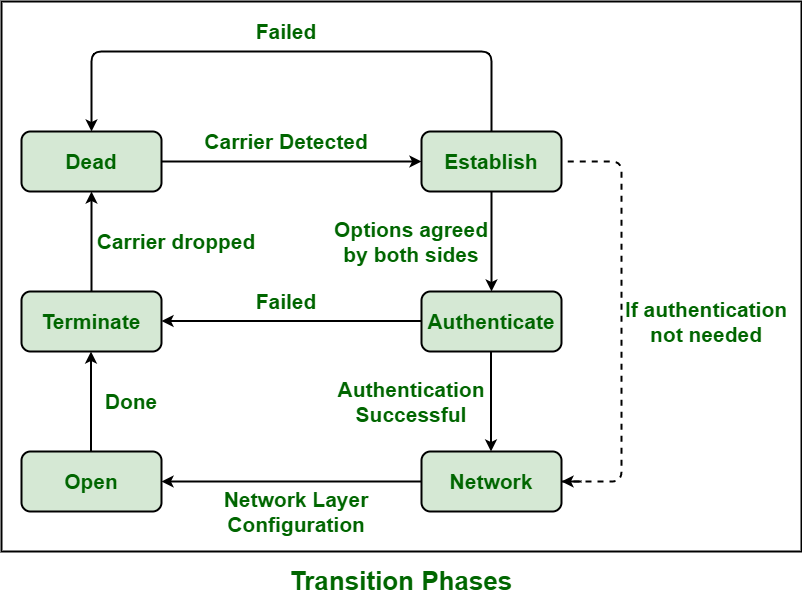