PL/SQL is a block structured language that enables developers to combine the power of SQL with procedural statements.All the statements of a block are passed to oracle engine all at once which increases processing speed and decreases the traffic.

Differences between SQL and PL/SQL:

PL/SQL extends SQL by adding constructs found in procedural languages, resulting in a structural language that is more powerful than SQL. The basic unit in PL/SQL is a block. All PL/SQL programs are made up of blocks, which can be nested within each other. 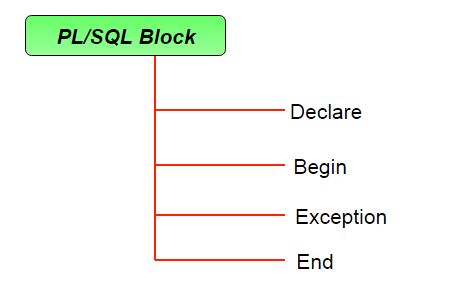 Typically, each block performs a logical action in the program. A block has the following structure:

There are several PL/SQL identifiers such as variables, constants, procedures, cursors, triggers etc.

1.1) INITIALISING VARIABLES:
The variables can also be initialised just like in other programming languages. Let us see an example for the same: