1. Read the symbols of the square of the head.

2. Edit the symbol by replacing it with a new symbol or erasing it.

3. Move the tape to the left or right by one square so that the machine can read and edit the symbol on the next square

A Turing Machine in state q0, with the first input symbol 0

The halting problem is the problem of determining whether an arbitrary computer programme will finish running or continue to run indefinitely based on a description of the programme and an input.

It does not come to a halt; rather, it continues indefinitely in an infinite loop.

Why is the Halting Problem important?

An oracle Turing machine is similar to a standard Turing machine, but with the addition of a second tape known as the oracle tape. Blanks (B), 0s, or 1s can be found in the cells on the Oracle tape. Given a set A, an Oracle Turing Machine with Oracle A will write the set A’s characteristic function onto tape. The Oracle tape head starts on the cell with the letter  XA(0). XA(1) is in the cell to the right of this one, and so on in increasing order. There are only blanks to the left of the cell where the Oracle tape head begins. 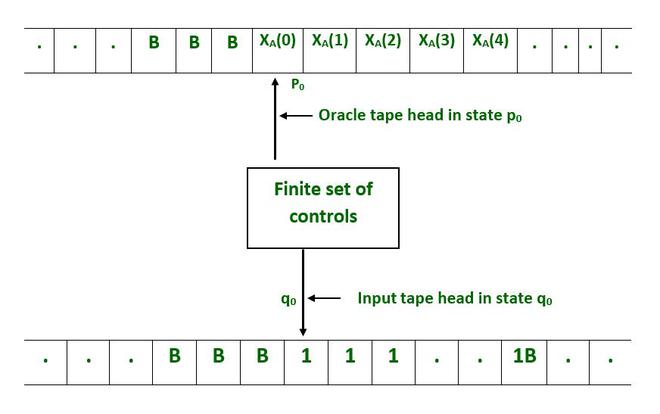 An Oracle Turing Machine with oracle A

The Oracle machine may occasionally enter the QUERY state. When this occurs, the following operations are carried out in a single computational step:

Thus, changing to the QUERY state results in receiving a solution to the problem instance written on the oracle tape in a single step. 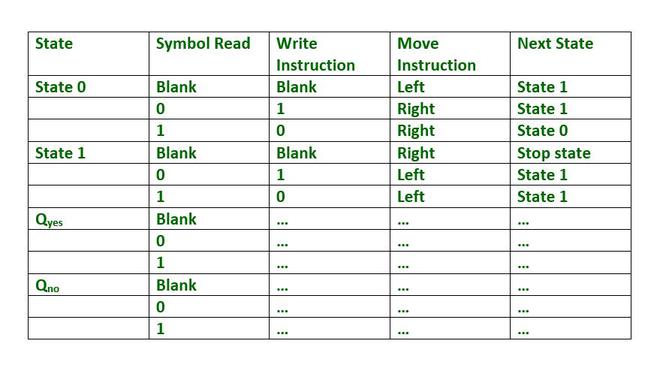