Must Have Python Django Development Skills

We all know the popularity of the Python programming language. In most tech companies, this language is used to develop the backend part of the application. Also, this language is widely used in data science, automation, and other areas. Django which is the most popular framework of Python is now being used in a lot of applications and this is the reason most developers and students prefer to choose this language. 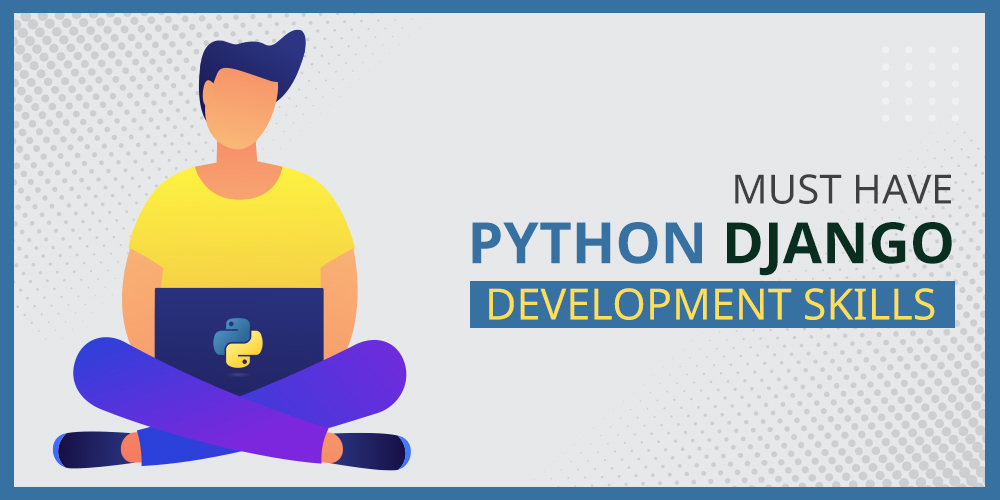 Django makes your code clean, robust, and scalable. Django has excellent documentation, and it makes your code much more clean and efficient. Django provides rapid development and high security. The salary of Python programmers is growing day by day and this is another reason that Django developers are high in demand.

Learning Django gives you a lot of benefits. A lot of reasons are there to choose this framework which we have already discussed. Learn more about the Python and Django framework from the link…

In this blog, we are going to discuss 5 essential skills that you should have as a Django developer.

The built-in interfaces of Python make this language an ideal tool for creating portable programs and system administration utilities. With the help of Python programs, you can do many things. You can find files and directories. You can run other programs, or you can perform parallel computation using various processes and threads. So many reasons are there to master system programming.

Simplicity and high-speed development of the Python language make it an excellent tool to create a Graphical User Interface. It doesn’t make any sense to elaborate that such a skill wouldn’t be superfluous in a professional career.

In Web Scripts Development, the Python interpreter plays an important role. It comes with standard internet modules that allow the programs to do a variety of network operations. These operations are performed in both client mode and server mode. Python’s library makes the web script development task much simpler. These skills should be in order to master advanced Python programming.

Components written in Python and C are the same in the Python programs. Due to this, you can first create prototypes of a system in Python and after that, you can transfer the selected components to compiled languages such as C and C++. Python doesn’t require their system to be rewritten completely as soon as the prototype is debugged.

Parts of the system that doesn’t require the performance that C++ provides are left in Python. This simplifies the maintenance and use of such a system. So an engineer should also possess knowledge of C and C++ language.

Additional tools in Python help in mathematical calculations and Python has the ability to create animation effects and three-dimensional objects. It allows you to organize parallel calculations and so on. An example of this is the popular SciPy extension which provides additional libraries for scientific computing. If you’ve mastered this skill then significantly you will expand your competence.

Learning Django becomes easier if your fundamentals in python are clear. Sometimes it becomes hard to find the necessary skill set that is required to become a Django developer. The reality is you don’t need to know everything in Python or in Django to becomes a good developer. You will learn everything slowly and gradually once you enter the industry and once you will face real-world user problems. Collaborating with the other team members will help you in improving your skillset.