MVD or multivalued dependency means that for a single value of attribute ‘a’ multiple values of attribute ‘b’ exist. We write it as,

It is read as: a is multi-valued dependent on b.

Suppose a person named Geeks is working on 2 projects Microsoft and Oracle and has 2 hobbies namely Reading and Music. This can be expressed in a tabular format in the following way. 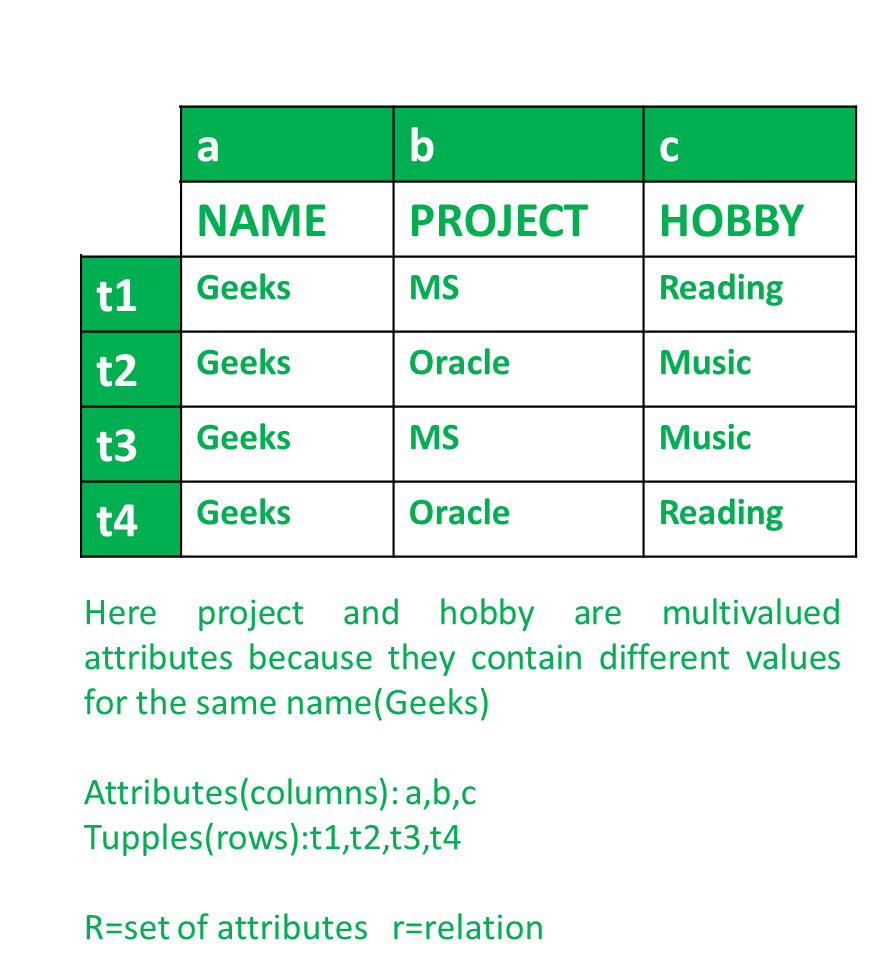 Project and Hobby are multivalued attributes as they have more than one value for a single person i.e., Geeks.

Multi Valued Dependency (MVD) :
We can say that multivalued dependency exists if the following conditions are met.

Conditions for MVD :
Any attribute say a multiple define another attribute b; if any legal relation r(R), for all pairs of tuples t1 and t2 in r, such that,

Then there exists t3 and t4 in r such that.

To check the MVD in given table, we apply the conditions stated above and we check it with the values in the given table. 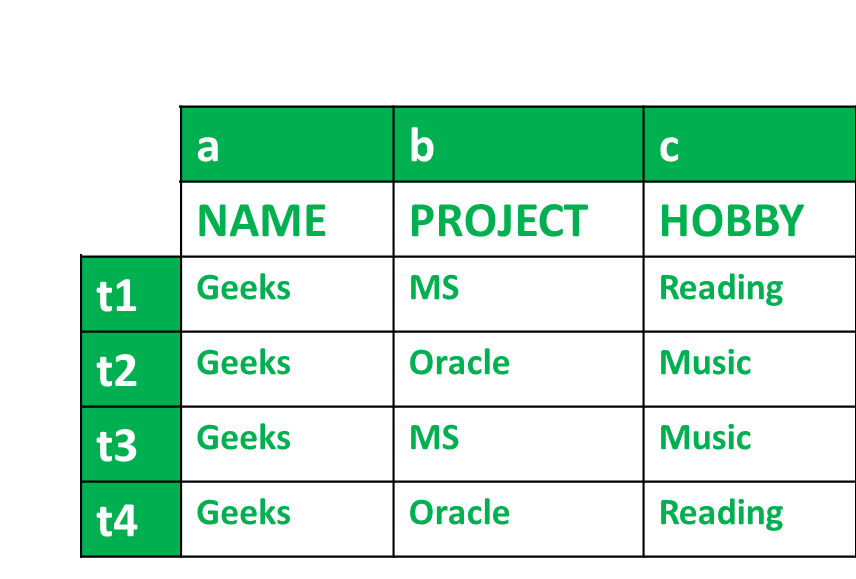 So, condition 1 is Satisfied.

So, condition 2 is Satisfied.

So, condition 3 is Satisfied.

All conditions are satisfied, therefore,

According to table we have got,

Hence, we know that MVD exists in the above table and it can be stated by,