Methodology followed by the Hackers

Overview :
In popular media, the term “hacker” refers to someone who uses bugs and exploits to get into someone else’s security, or who uses his technical knowledge to behave productively or maliciously. Hackers are computer specialists who are knowledgeable in both hardware and software. A hacker is a computer enthusiast who is proficient in a programming language, as well as security and network administration. He is the type of person who enjoys learning new technologies and computer system intricacies in order to improve his capabilities and talents. 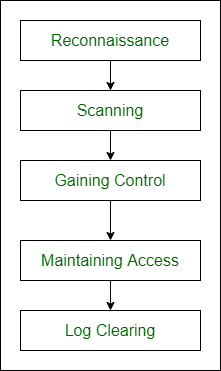