After converting a number to its binary form, replace every one of the number with 0 and every 0 with 1, then the resulting number will be known as 1, s complement of that binary number.

Step-1:
Take a initial state say q1, and if the input is found 0, convert it to 1, remain at same state and check for another input alphabet. 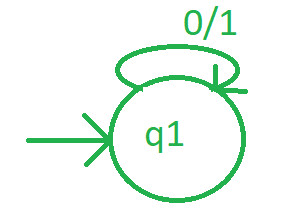 Step-2:
If state q1 takes input alphabet is 1, then convert it to 0 and remain at same state. 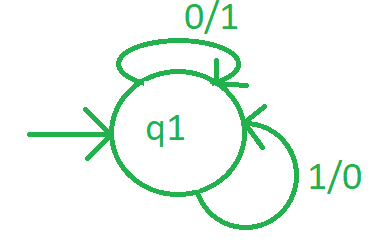 Step-3:As after converting all alphabet, it is on same state then this state will be final state as well. 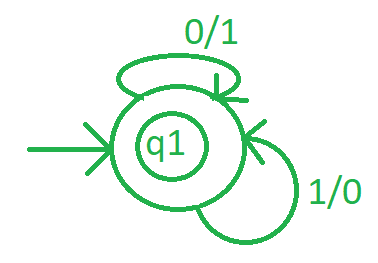