By using these machines, we can design finite automata for various operations like :- 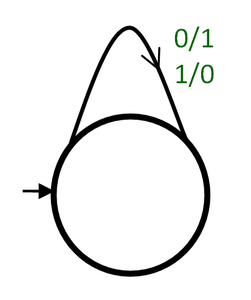 Start from LSB of the input

Copy the bit as it until the first ‘1’ come

So, it requires 2 states. One state where output is the same as input and another state is 1’s complement state. 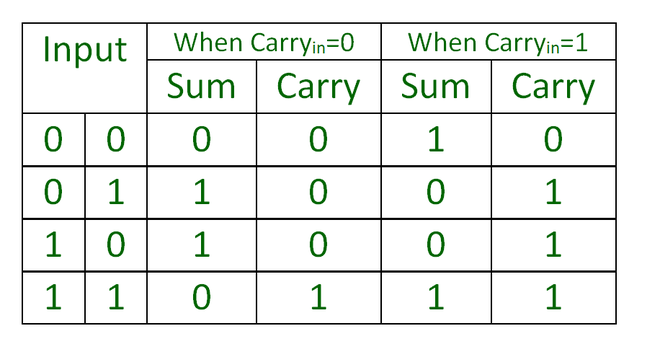 This is a functionality table of the binary full adder. Depending on carry input, the output value of input is changes.

To design a Binary full adder, we use this table. According to this table there are two cases (carry=0 and carry=1) , so we need two states. 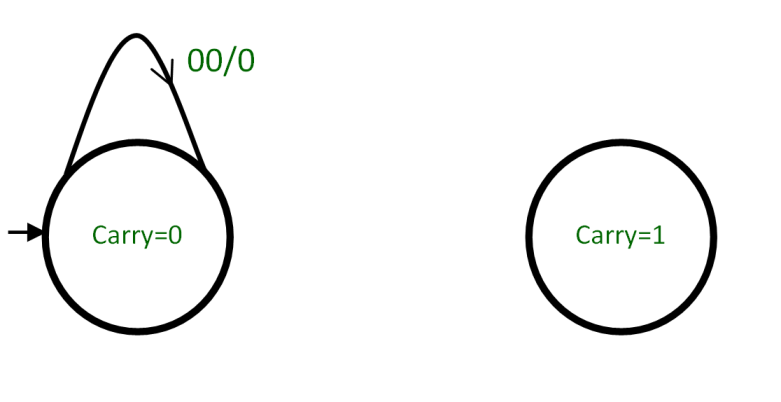 Design the rest of the machine according to the table. It looks like – 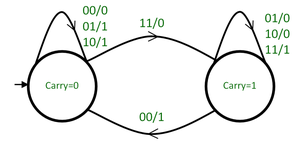 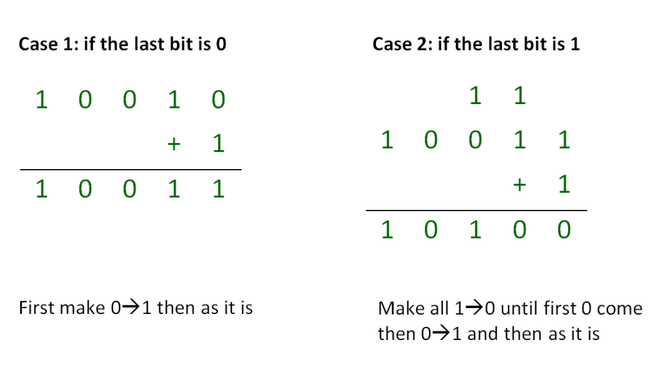 On combining both cases, we got the algorithm that, until first 0 comes, makes all 1⇢ 0 and when 0 comes makes it 1, then the remaining part of the output is the same as the input. Here, inputs are taken from LSB.

Changing the sign bit is very simple. Just interchange the first bit and the other bits are the same as they are.

The Integer Divisibility Tester Machine is the same as a Mod Machine, accepting the decimal value with output on the state.

It is very easy to design machines for logic functions based on their logic tables. 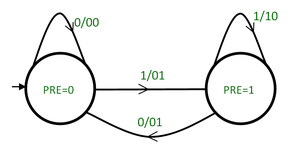 On pre=0, when there is a 1 transition, it moves to pre=1 because it has to the previous bit for the next bit. The same occurs in the case of  0 transition on pre=1