This function is often used to plot identical lines at a given position. These plots, in general, are used for representing neural events in neuroscience, where more often it is called spike raster or dot raster or raster plot. More often it is also used for showing the timing or positioning of multiple sets of different or discrete events. For instance the arrival times of employees each day to a business every month or date of hurricanes every year for the last decade or century.

Note: It is important to note that for linelengths, linewidths, colors, and linestyles, if only a single value is provided than those values are applied to all lines whereas for an array-like value it is important that it has the same length as positions and each value is applied to the corresponding row of the array. 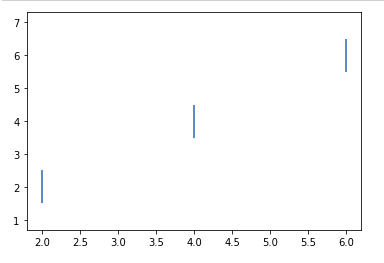 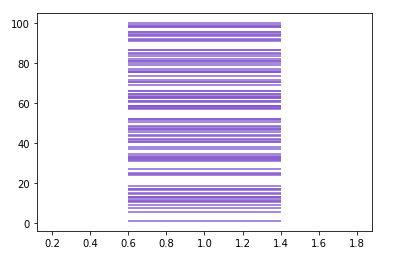 Complete Interview Preparation
View Details
System Design-Live Classes for Working Professionals
View Details
Most popular in Python
Most visited in Write From Home
We use cookies to ensure you have the best browsing experience on our website. By using our site, you acknowledge that you have read and understood our Cookie Policy & Privacy Policy