An iterator is an object (like a pointer) that points to an element inside the container. We can use iterators to move through the contents of the container. They can be visualized as something similar to a pointer pointing to some location and we can access the content at that particular location using them. Iterators play a critical role in connecting algorithm with containers along with the manipulation of data stored inside the containers. The most obvious form of an iterator is a pointer. A pointer can point to elements in an array and can iterate through them using the increment operator (++). But, all iterators do not have similar functionality as that of pointers. Depending upon the functionality of iterators they can be classified into five categories, as shown in the diagram below with the outer one being the most powerful one and consequently the inner one is the least powerful in terms of functionality. 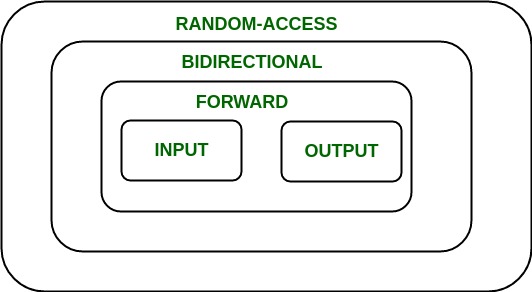 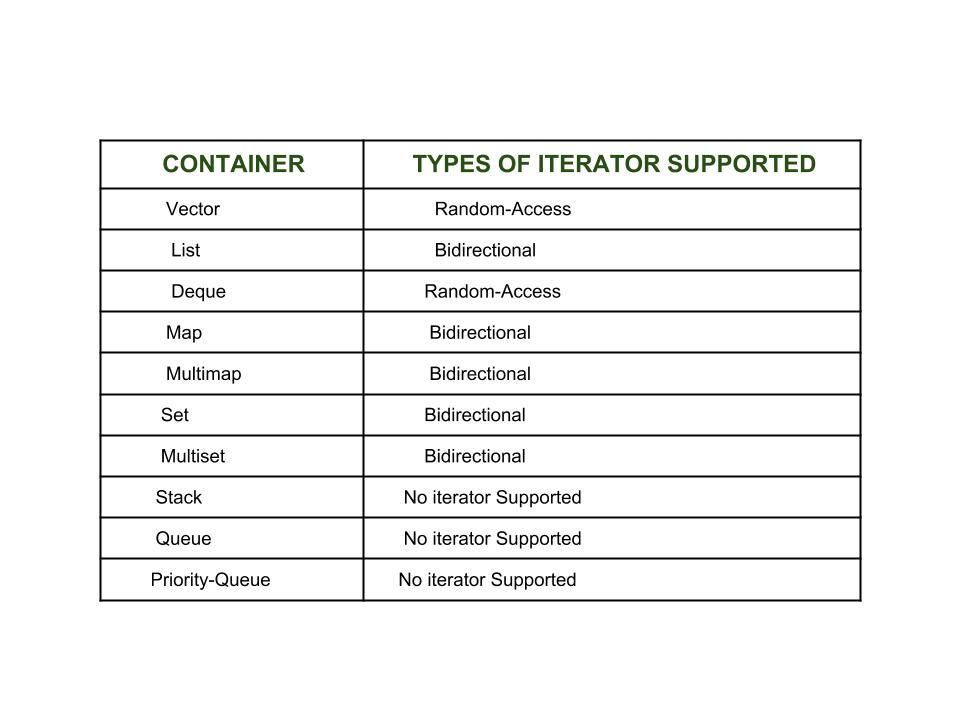 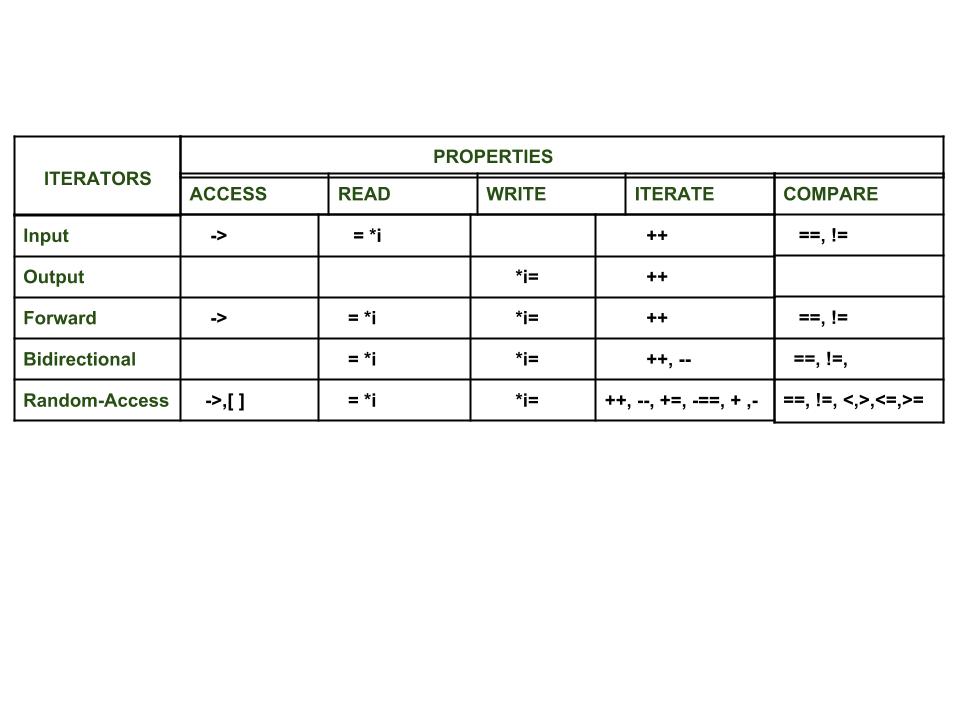 Explanation: As can be seen in the above code that without using iterators we need to keep track of the total elements in the container. In the beginning there were only three elements, but after one more element was inserted into it, accordingly the for loop also had to be amended, but using iterators, both the time the for loop remained the same. So, iterator eased our task.

Explanation: As seen in the above code, we can easily and dynamically add and remove elements from the container using iterator, however, doing the same without using them would have been very tedious as it would require shifting the elements every time before insertion and after deletion.

This article is contributed by Mrigendra Singh. If you like GeeksforGeeks and would like to contribute, you can also write an article using write.geeksforgeeks.org or mail your article to review-team@geeksforgeeks.org. See your article appearing on the GeeksforGeeks main page and help other Geeks. Please write comments if you find anything incorrect, or you want to share more information about the topic discussed above.