Deep Learning is a subset of Machine Learning that is based on artificial neural networks (ANNs) with multiple layers, also known as deep neural networks (DNNs). These neural networks are inspired by the structure and function of the human brain, and they are designed to learn from large amounts of data in an unsupervised or semi-supervised manner.

Feedforward neural networks (FNNs) are the simplest type of ANN, with a linear flow of information through the network. FNNs have been widely used for tasks such as image classification, speech recognition, and natural language processing.

Convolutional Neural Networks (CNNs) are a special type of FNNs designed specifically for image and video recognition tasks. CNNs are able to automatically learn features from the images, which makes them well-suited for tasks such as image classification, object detection, and image segmentation.

Recurrent Neural Networks (RNNs) are a type of neural networks that are able to process sequential data, such as time series and natural language. RNNs are able to maintain an internal state that captures information about the previous inputs, which makes them well-suited for tasks such as speech recognition, natural language processing, and language translation.

Deep Learning models are trained using large amounts of labeled data and require significant computational resources. With the increasing availability of large amounts of data and computational resources, deep learning has been able to achieve state-of-the-art performance in a wide range of applications such as image and speech recognition, natural language processing, and more.

Deep learning is a particular kind of machine learning that achieves great power and flexibility by learning to represent the world as a nested hierarchy of concepts, with each concept defined in relation to simpler concepts, and more abstract representations computed in terms of less abstract ones.

In human brain approximately 100 billion neurons all together this is a picture of an individual neuron and each neuron is connected through thousand of their neighbours. The question here is how do we recreate these neurons in a computer. So, we create an artificial structure called an artificial neural net where we have nodes or neurons. We have some neurons for input value and some for output value and in between, there may be lots of neurons interconnected in the hidden layer. Architectures : 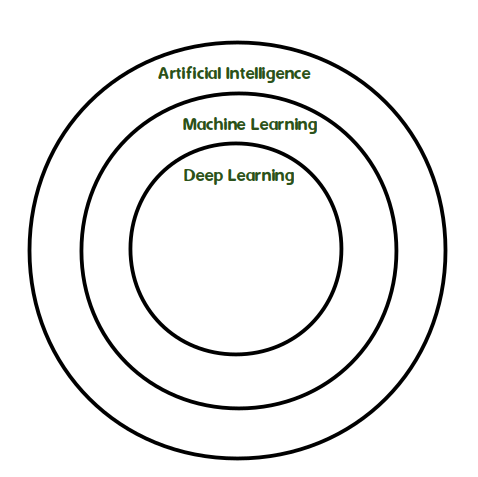 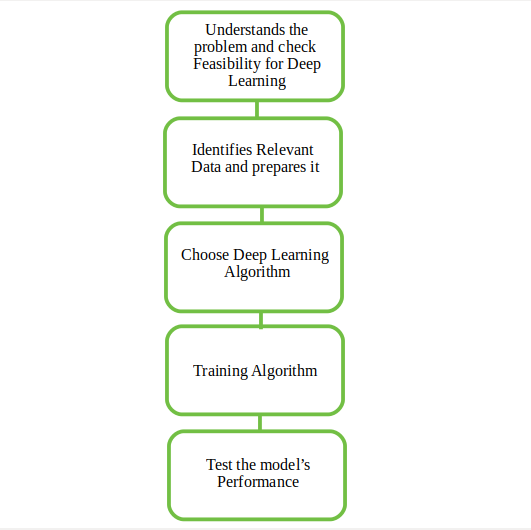 Co-author of this article : ujjwal sharma 1