Insert a node in Linked List before a given node

Given a node of Linked List N and a value K, the task is to insert the node with value K in the linked list before the given node N.

Structure of the Node:

In the given problem there might be two cases:

When given Node is the Head Node: 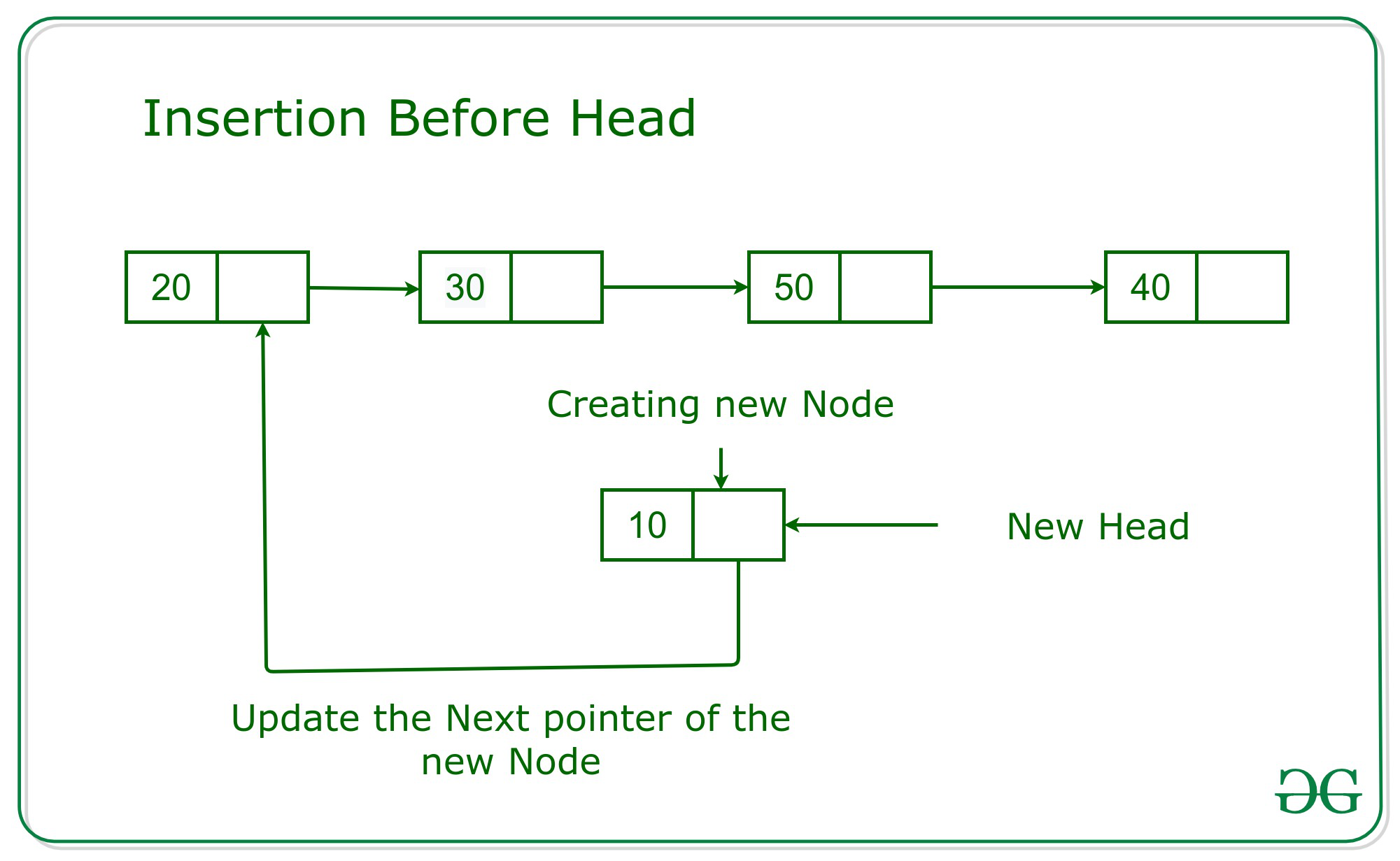 When given Node is any valid node except head node: 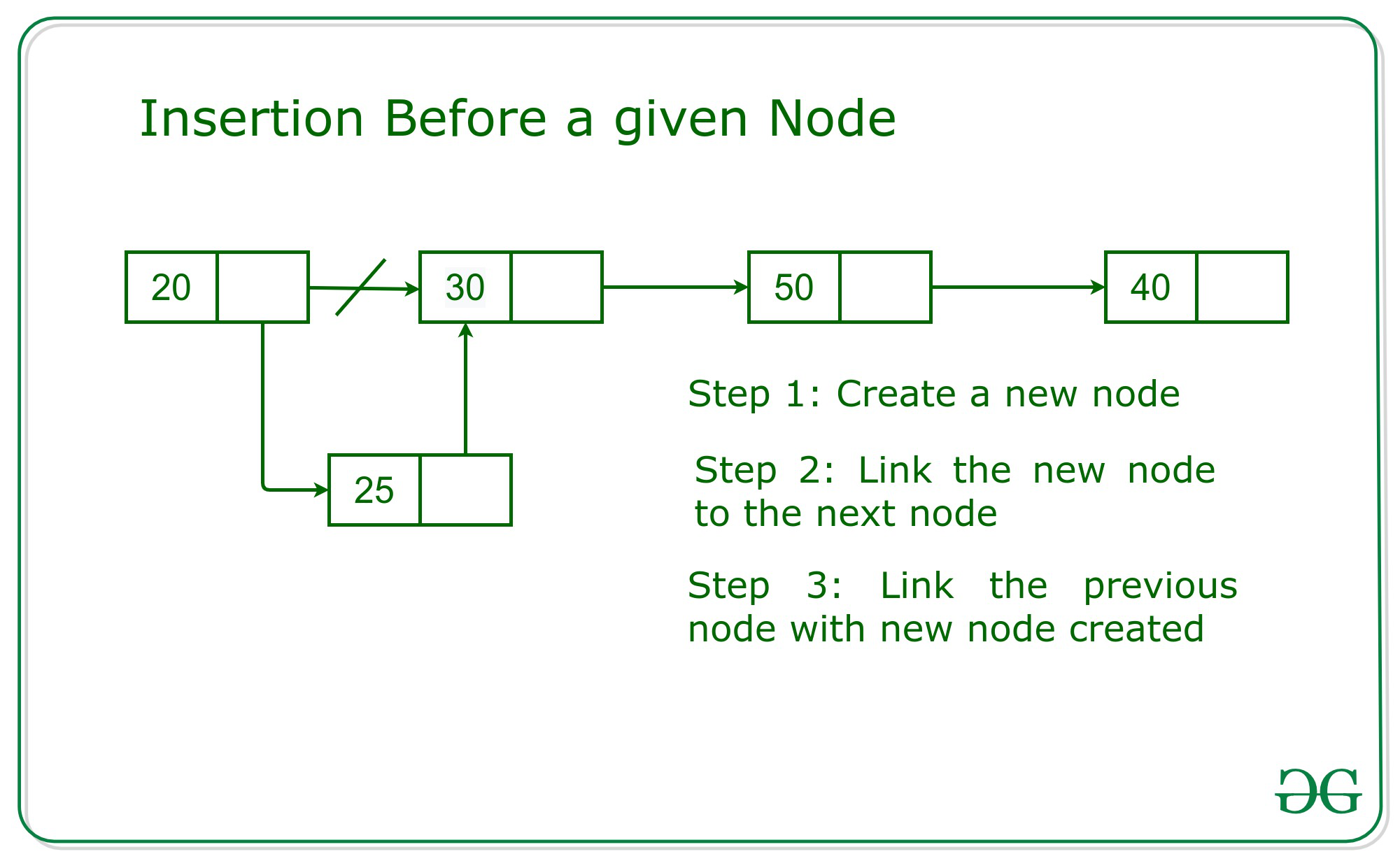