Inclusion-Exclusion and its various Applications

In the field of Combinatorics, it is a counting method used to compute the cardinality of the union set. According to basic Inclusion-Exclusion principle: 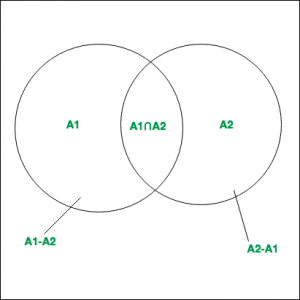 Inclusion-Exclusion principle says that for any number of finite sets

Sum of all the i-set intersections.

In general it can be said that,

Example 1:
As shown in the diagram, 3 finite sets A, B and C with their corresponding values are given. Compute 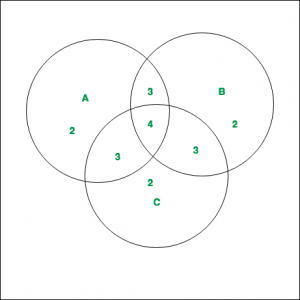 Solution :
The values of the corresponding regions, as can be noted from the diagram are –