How to return JSON using NodeJS ? 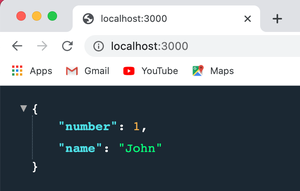