How to Install PyQt for Python in Windows?

In this article, we will be looking at the stepwise procedure to install the PyQt for python in Windows. PyQt is a Python binding of the cross-platform GUI toolkit Qt, implemented as a Python plug-in. PyQt is free software developed by the British firm Riverbank Computing.

There are more than six hundred classes covering a range of features such as:

Installing PyQt for Python on Windows:

Follow the below steps to install PyQt for python on Windows:

Step 1:Verify if python is installed on your system.

Command to check if python is already installed:

Step 2:Verify that PyQt is not installed before: 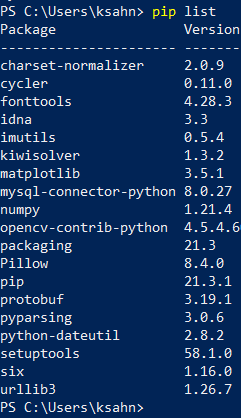 Here, it is the final step to install the PyQt in python just the user needs to type the below-mentioned article, the PyQt5 will be successfully installed in the system, and further by repeating step-2 the user can verify if the PyQt is installed.

At this point, you have successfully installed PyQt for python on Windows.