How to Export Eclipse projects to GitHub?

In this article, we will see how to push an existing project to GitHub using Eclipse IDE.

Step 1: Open Eclipse IDE and right-click on the project you want to push and go to Team->share project. 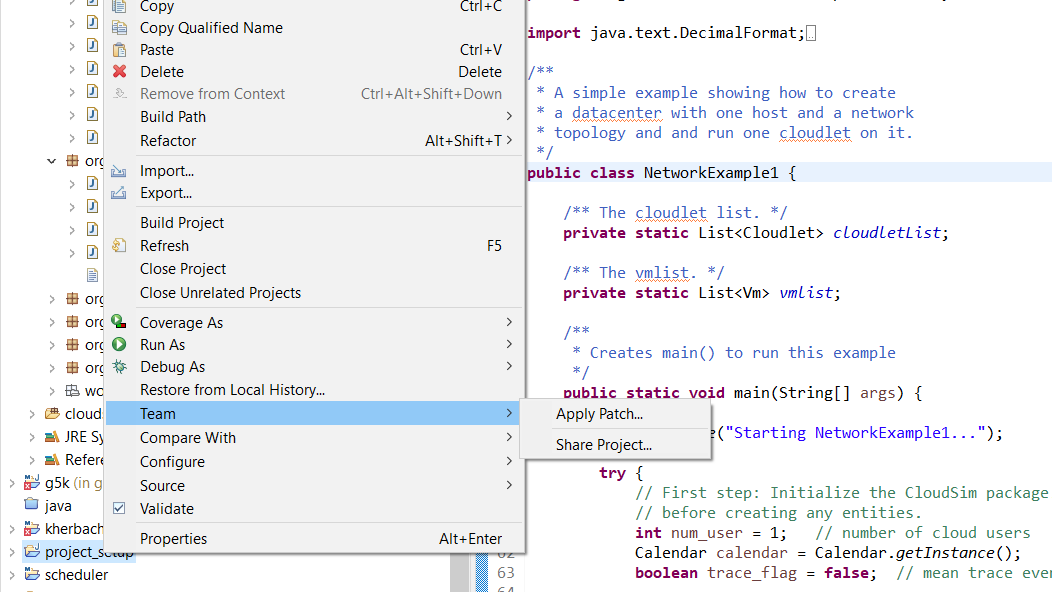 Step 2: It will add the project to the given repository as shown below: 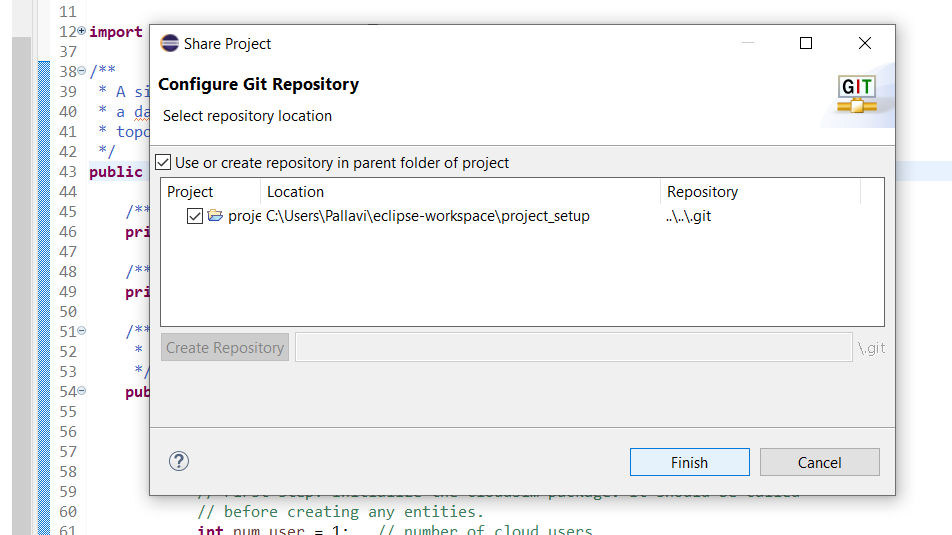 Step 3: Again right-click on the project and go to Team->commit. 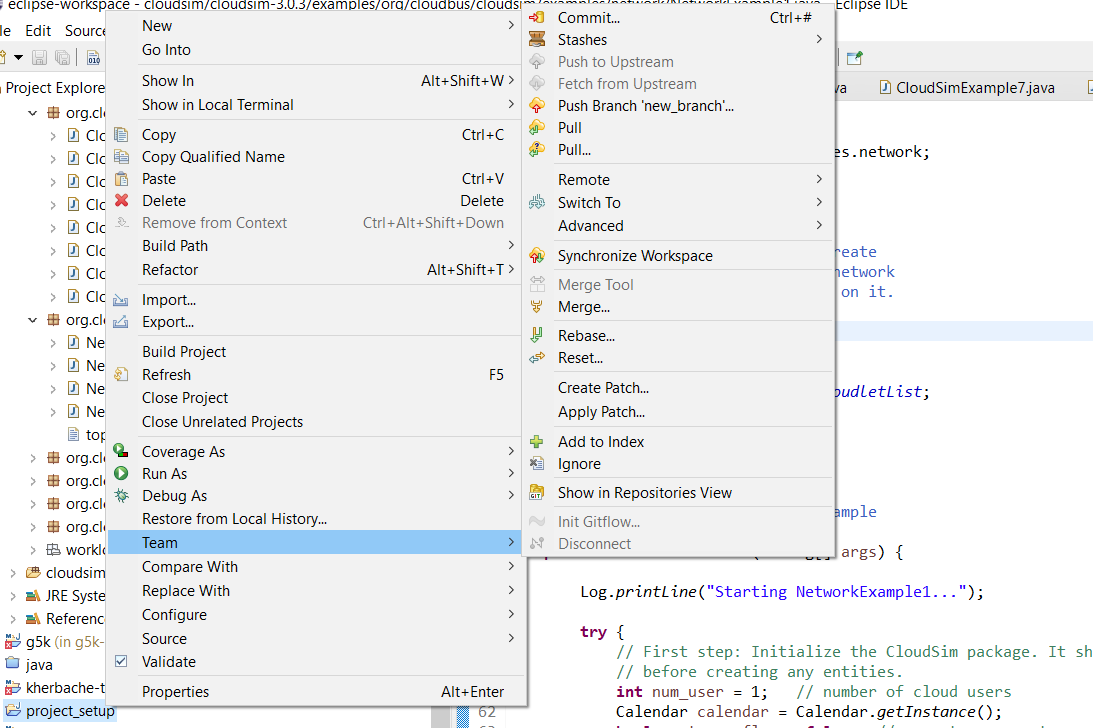 Step 4: Drag and Drop the files you want to commit from Unchanged Changes to Staged Changes. 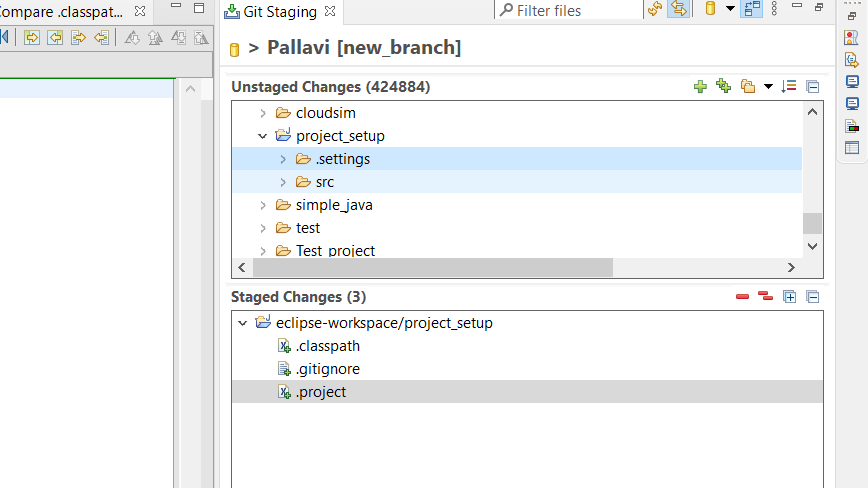 Step 5: Write the commit message in “Commit Message” and click “Commit and Push“. 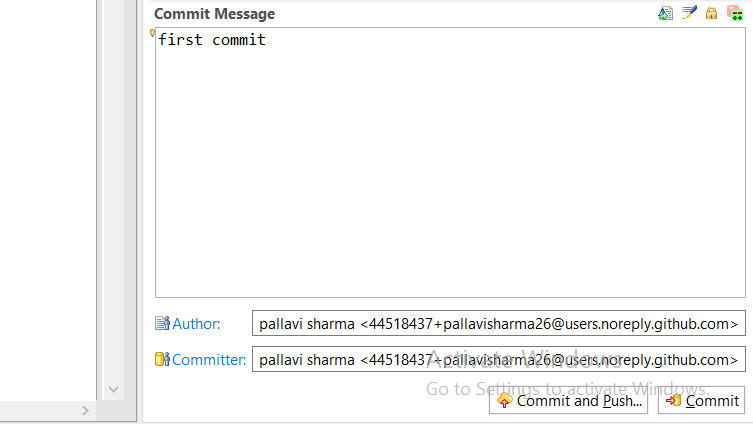 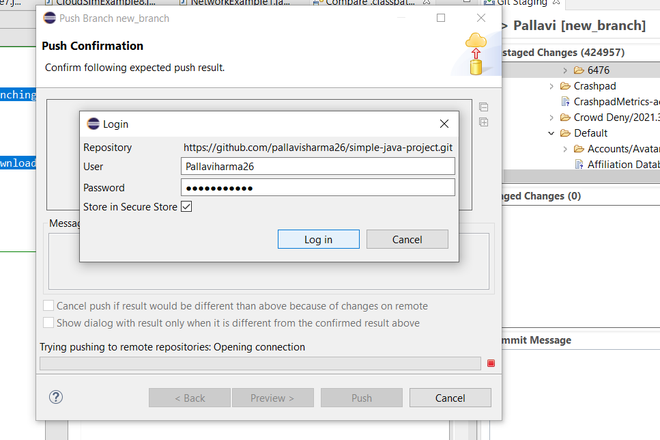 Step 7: Push to the new-branch of GitHub Repository and click “Push“. 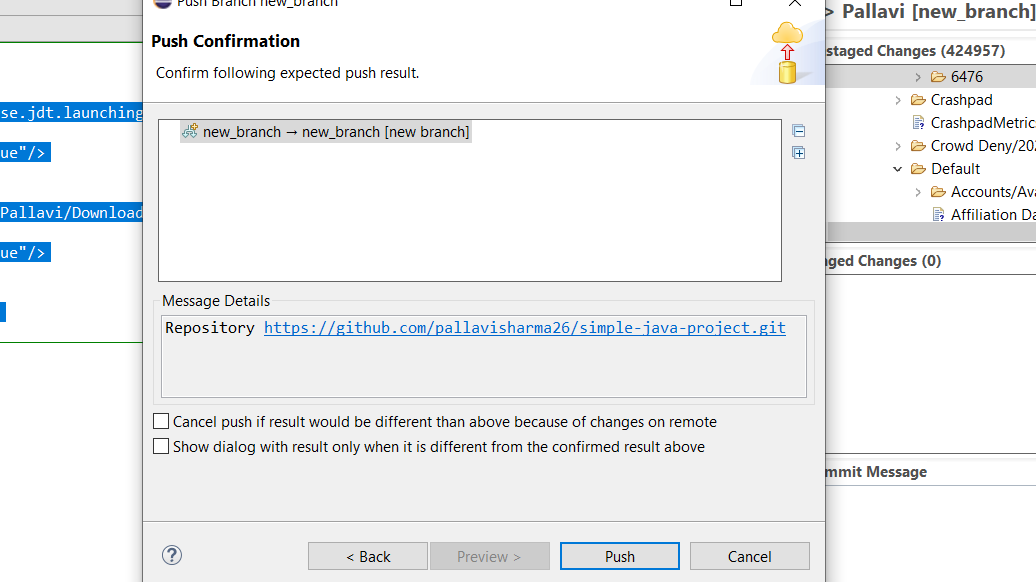 The new branch is created on GitHub and is required to be merged by creating a pull request. 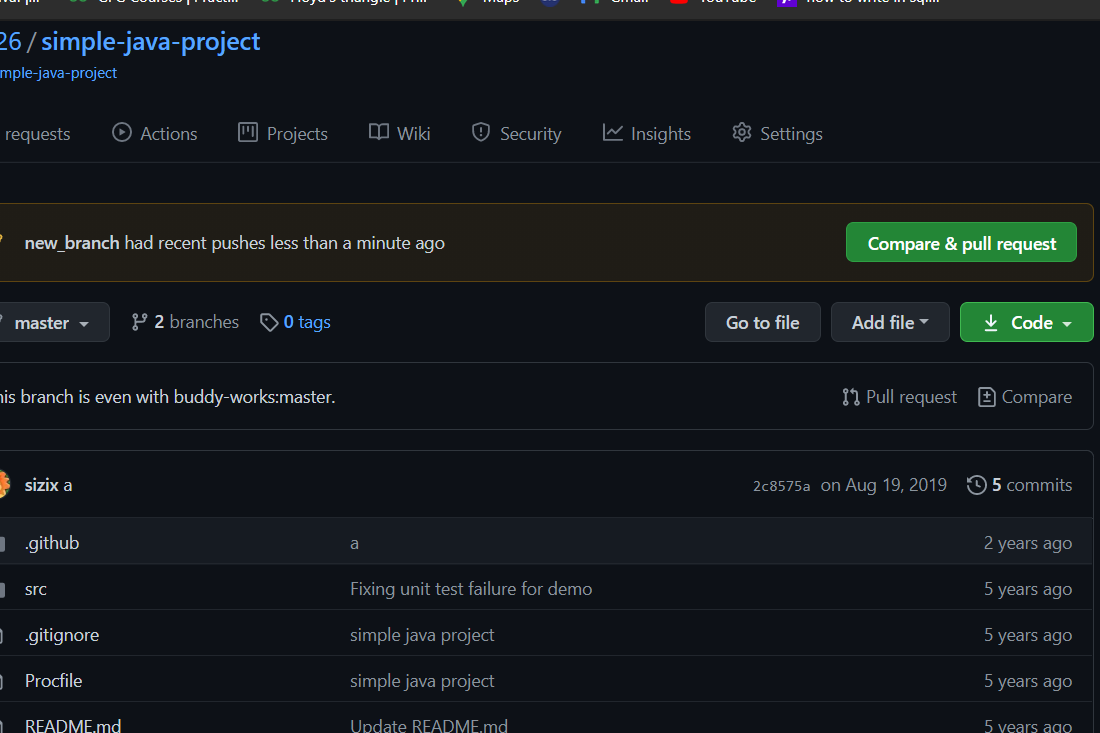 Next
How to integrate Git Bash with Visual Studio Code?
Related Articles
1. How to Clone a project from GitHub using Eclipse?
2. Microsoft Azure - Manage and Export Azure Policies with GitHub Integration
3. How to Contribute to Open Source Android Projects on GitHub?
4. How to Contribute to Open Source Projects on GitHub?
5. 10 Best GitHub Alternatives to Host Python Projects in 2023
6. How to Upload a Project through GitHub Desktop on GitHub
7. How to Add Git Credentials in Eclipse?
8. How to Use Git with Eclipse?
9. How to Export a Git Project?
10. Introduction to Github
Article Contributed By :