What is a “version control system”?

Version control systems are a category of software tools that helps in recording changes made to files by keeping a track of modifications done in the code.

Why Version Control system is so Important?

As we know that a software product is developed in collaboration by a group of developers they might be located at different locations and each one of them contributes to some specific kind of functionality/features. So in order to contribute to the product, they made modifications to the source code(either by adding or removing). A version control system is a kind of software that helps the developer team to efficiently communicate and manage(track) all the changes that have been made to the source code along with the information like who made and what changes have been made. A separate branch is created for every contributor who made the changes and the changes aren’t merged into the original source code unless all are analyzed as soon as the changes are green signaled they merged to the main source code. It not only keeps source code organized but also improves productivity by making the development process smooth.

Benefits of the version control system:

Use of Version Control System: 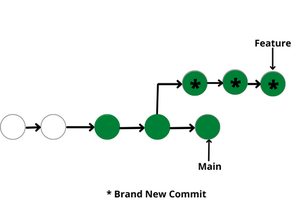 Local Version Control Systems: It is one of the simplest forms and has a database that kept all the changes to files under revision control. RCS is one of the most common VCS tools. It keeps patch sets (differences between files) in a special format on disk. By adding up all the patches it can then re-create what any file looked like at any point in time.

Centralized Version Control Systems: Centralized version control systems contain just one repository globally and every user need to commit for reflecting one’s changes in the repository. It is possible for others to see your changes by updating.

Two things are required to make your changes visible to others which are: 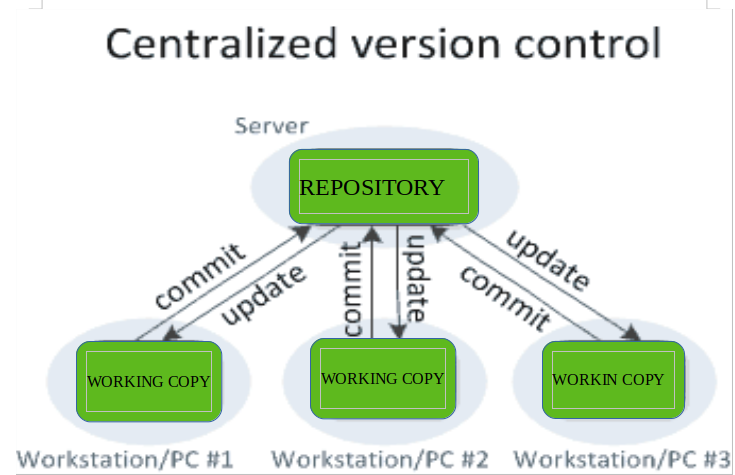 The benefit of CVCS (Centralized Version Control Systems) makes collaboration amongst developers along with providing an insight to a certain extent on what everyone else is doing on the project. It allows administrators to fine-grained control over who can do what.

It has some downsides as well which led to the development of DVS. The most obvious is the single point of failure that the centralized repository represents if it goes down during that period collaboration and saving versioned changes is not possible. What if the hard disk of the central database becomes corrupted, and proper backups haven’t been kept? You lose absolutely everything.

Distributed Version Control Systems: Distributed version control systems contain multiple repositories. Each user has their own repository and working copy. Just committing your changes will not give others access to your changes. This is because commit will reflect those changes in your local repository and you need to push them in order to make them visible on the central repository. Similarly, When you update, you do not get others’ changes unless you have first pulled those changes into your repository.

To make your changes visible to others, 4 things are required:

The most popular distributed version control systems are Git, and Mercurial. They help us overcome the problem of single point of failure. 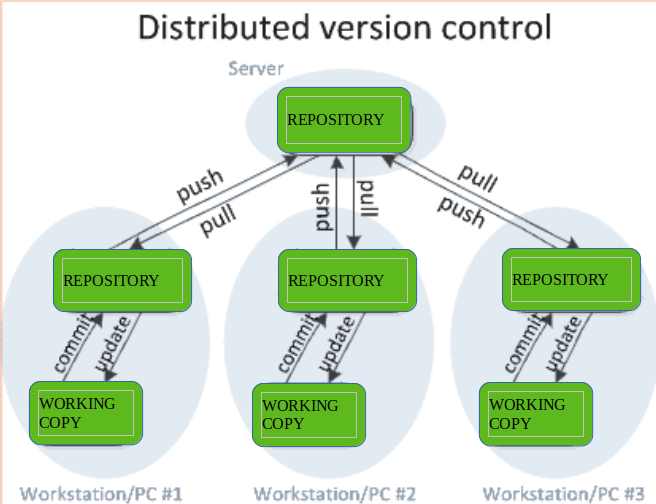 My Personal Notes arrow_drop_up
Previous
What is a GIT Repository?
Next
Centralized vs Distributed Version Control: Which One Should We Choose?
Recommended Articles
Page :
Centralized vs Distributed Version Control: Which One Should We Choose?
24, Aug 19
Top 5 Free and Open-Source Version Control Tools in 2020
28, Jun 20
How Git Version Control Works?
02, Apr 21
Introduction to Signals and Systems: Properties of systems
05, Mar 19
How to install the previous version of node.js and npm ?
20, Mar 20
How to get the Android version of your device using JavaScript?
09, Jan 20
Node.js process.version Property
02, Mar 20
Node.js | os.version() Method
27, May 20
How to make bootstrap version 2 tab dropdown?
05, Aug 20
How to display the app version in Angular?
01, Nov 20
Different Version of BlockChain
10, Mar 21
How to find the version of an installed npm package in node.js ?
29, Jan 21
How to define the required Node.js version in package.json?
04, Feb 21
How to check the version of ReactJS ?
29, Sep 21
Which version of Internet Explorer was the first to native support HTML5 elements ?
02, Nov 21
How to check the version of CodeIgniter framework ?
21, Oct 21
What is CDN Based Version ?
10, Nov 21
Which tag is used to find the version of XML and syntax ?
04, Dec 21
WordPress Version Update
13, Dec 21
How to check the CodeIgniter version ?
26, Feb 22
SweetAlert2 (Advance version of SweetAlert)
21, Mar 22
How to detect the version of a browser ?
15, Nov 20
SASS | Shadowing and Flow Control
10, Oct 19
HTTP headers | Access-Control-Allow-Credentials
30, Oct 19
Article Contributed By :