How to Eliminate Duplicate Keys in Hashtable in Java?

HashTable class is part of the Collection framework in Java where the only major difference it has from HashMap is that it’s synchronized. Hash table maps keys to values i.e. it internally uses buckets to store key-value pairs and the corresponding bucket to a key-value pair is determined by the key’s hash code. While using a Hash table we specify any object which is used as a key and any value which we want to link to that key. Any non-null object can be used as a key.

There are certain things to be kept alarmed while overriding the hashCode() method which is as follows:

Method: In order to use any user-defined object as a key, its corresponding class should implement the hashCode() method and the equals() method. Since the hash table uses these methods to successfully store and retrieve the entries.

Implementation: Let us create a subclass be it random to demonstrate named Teacher class. It contains the teacher id and teacher name. Here, no two or more teachers can have the same id, but they may have the same name. This logic we will implement in the equals() method of the Teacher class. This example shows user-defined objects can be used as keys in the Hash table and can avoid any duplicate keys.

Creating a driver class that contains a Hash table that stores the key-value pair. Here, forsake as demonstrated in example 1- department name will be stored as a value of that particular teacher. 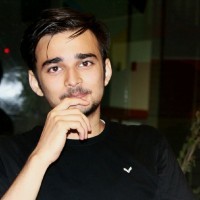