How to convert an existing callback to a promise in Node.js ?

Callback: In terms of JavaScript, callback is a function passed as a parameter to another function. The function executes as soon as the result of the calling function gets ready. In simple words, it handles the asynchronous requirement of JavaScript.

Example: The best example to demonstrate this is to use a setTimeout() function which accepts a callback and delays the execution of JavaScript code. As soon as the time set to function gets over, the callback function executes.

Promises: It is very much similar to the callbacks in operation. But, the advantage of using Promises is to improve the code readability as it saves us from the callback hell.
Promises have four states

Converting an existing callback to a Promise:

Let us change the following code snippet into a promise implementation. To make the implementation run, we need to set up a web app running on a node server.

Install node and set up a simple node application by following the steps as shown here.

Example: Here, the scenario is that we have a student array having id and name as values. We need to get the name of the student having the given id. We are given an existing callback that needs to be converted to a promise. 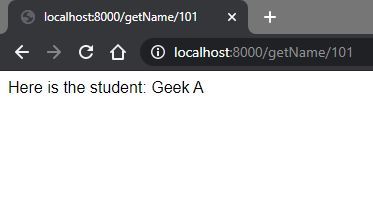 Now, we can convert the callback function into promises. Here, we can follow the earlier steps again i.e. Error logic in the failure function and Success logic in the success function. Please see the below code for more clarity.