How to add an element horizontally in Html page using JavaScript?

There can be some cases where we have the requirement to add elements in a horizontal manner. Like, if your elements are linked list nodes and you want to add them horizontally.
Now the question arises how we can do this in better way.
One approach can be to use “display” property with the value “inline grid” as shown in the following program:
When the user clicks the button to add the node. The node starts to prepend in the linked list sequentially. To achieve this we have created the “div” with the “display” property whose value we have given as “inline-grid”. 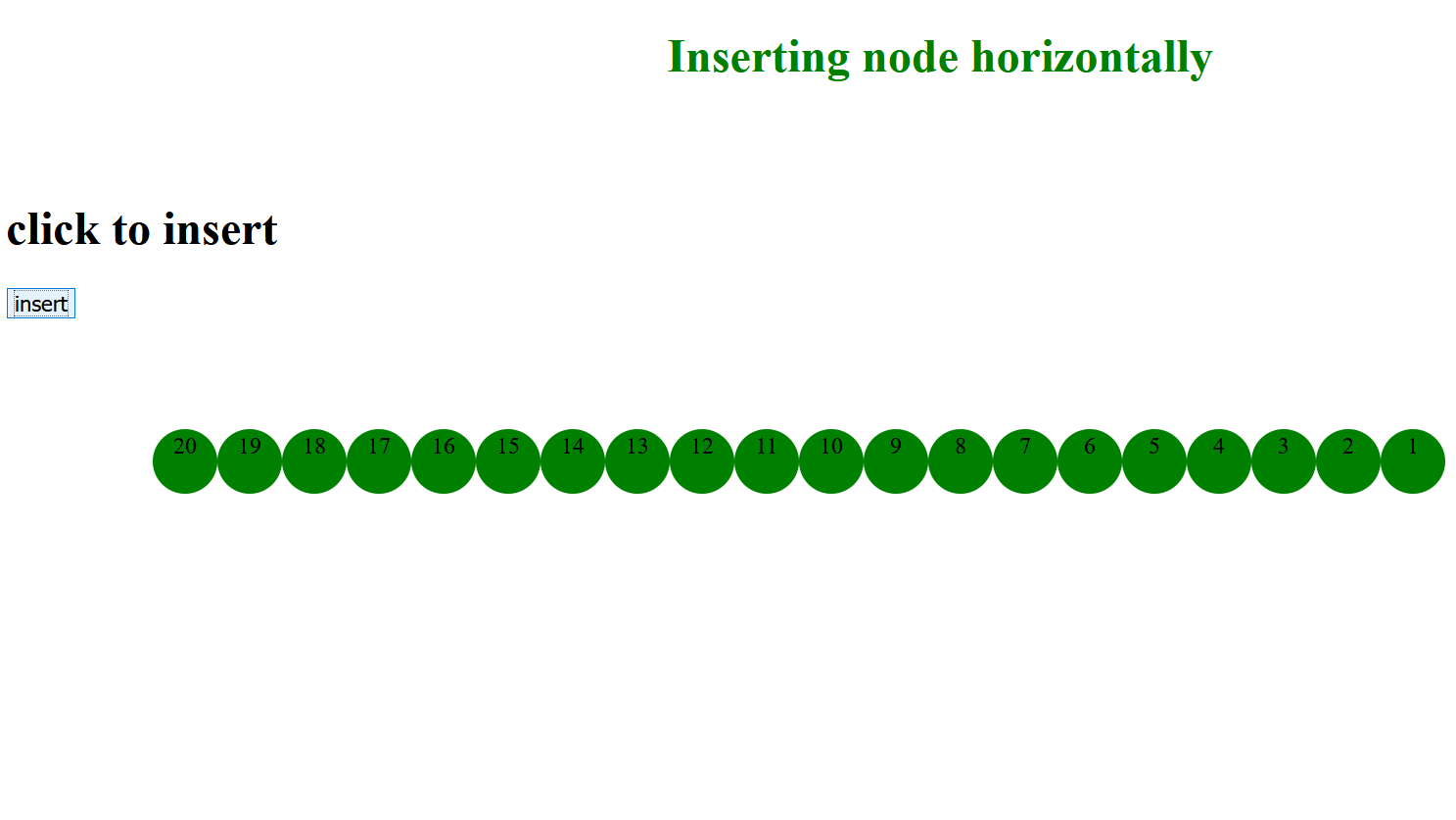 Code explanation-
We have created a

element with id as “division” which will be our main division in which we add different “div” as node. In the “insert()” function we have created the.

which will be the element of our linked list we have added a “number” which will start from 1 and will increment as we add more elements in the list. For the node to be prepended horizontally we have used the display property with value ” inline-grid”.
But, there is a problem here in this solution, as we keep on adding elements in the list after a certain node the elements start to jump to the line which is not desired. This is what demonstrated in the output below. 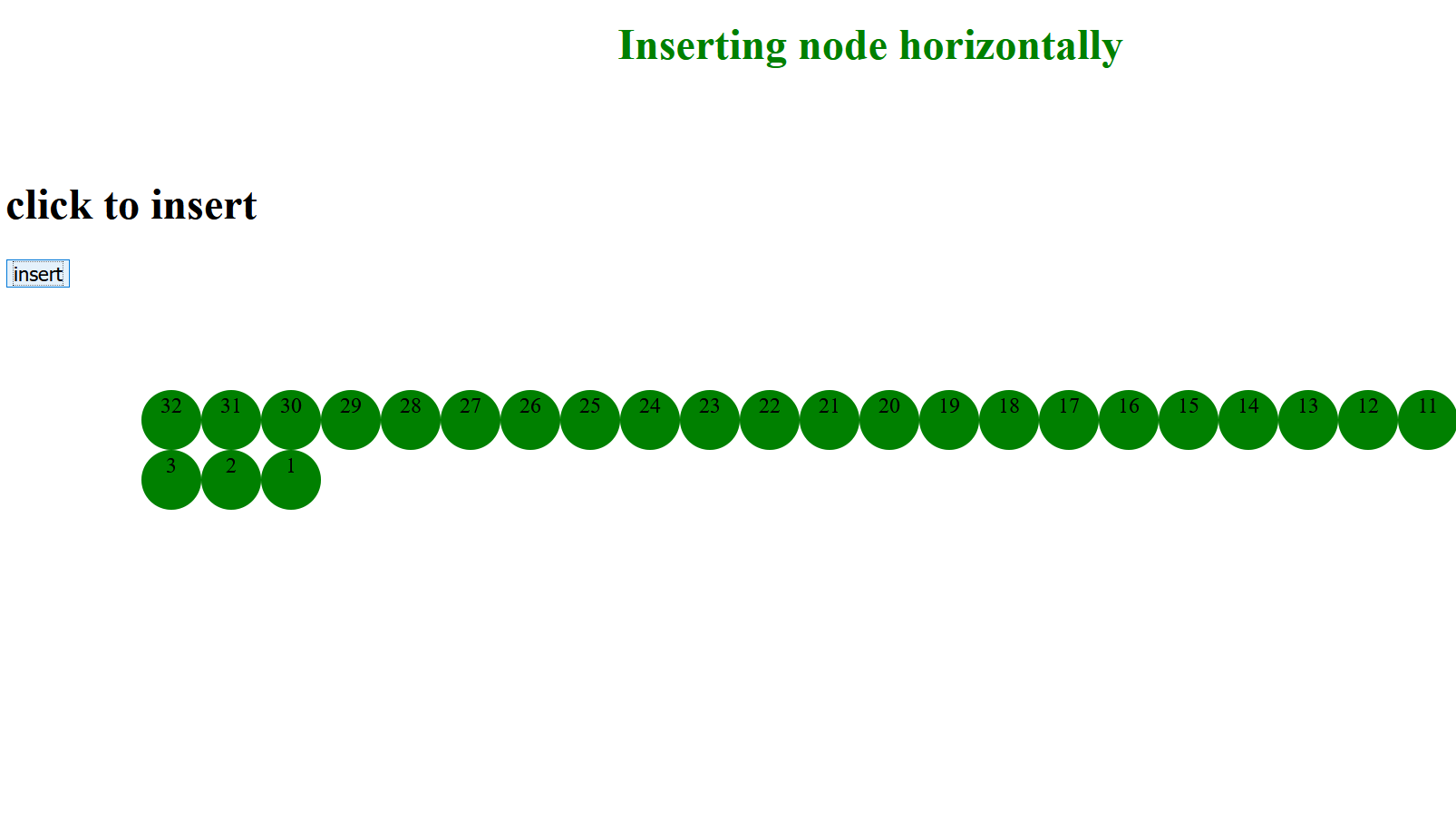 What if we want to add every node on the single line?
Another approach:
In this approach, to achieve the same thing we have used

So, the idea is that in a table we can create one table row i.e.

and for adding each node we will create table data i.e.

. So, there will be one “tr” and every node will be treated as

. So, in this way an infinite number of nodes can be added by using a table.
We can see its implementation through program. 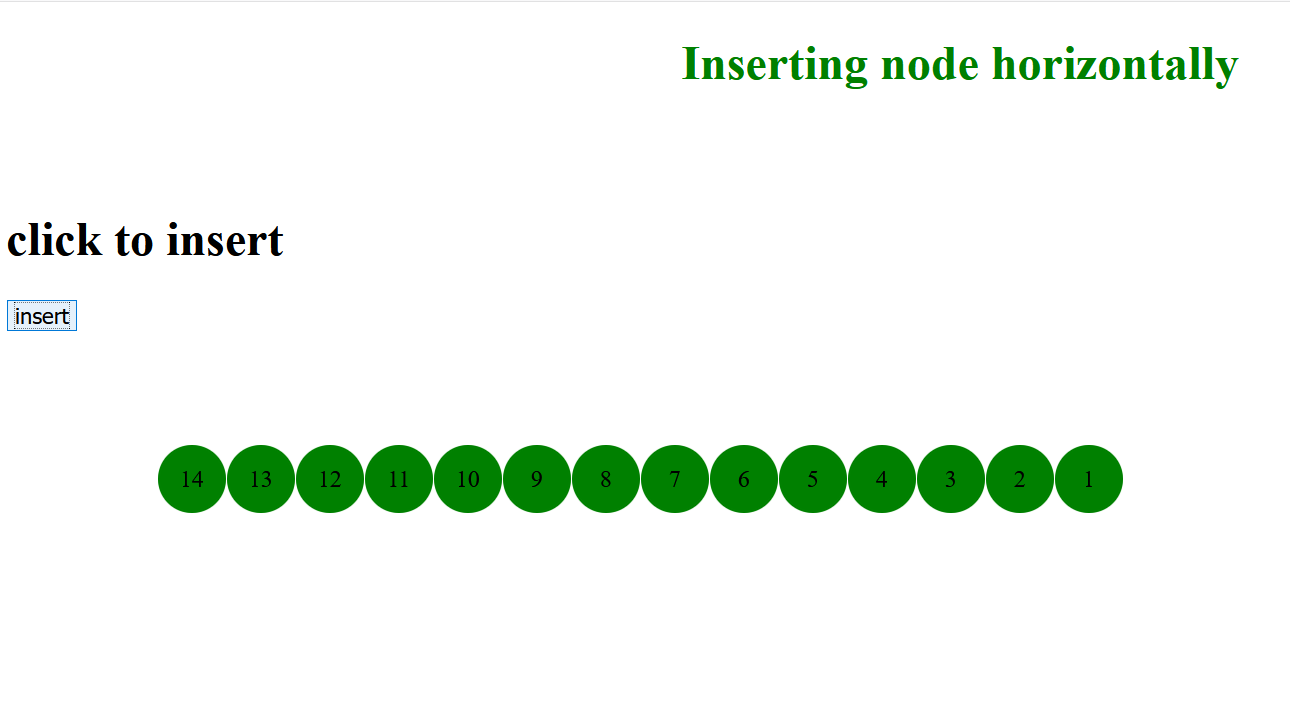 After inserting many nodes 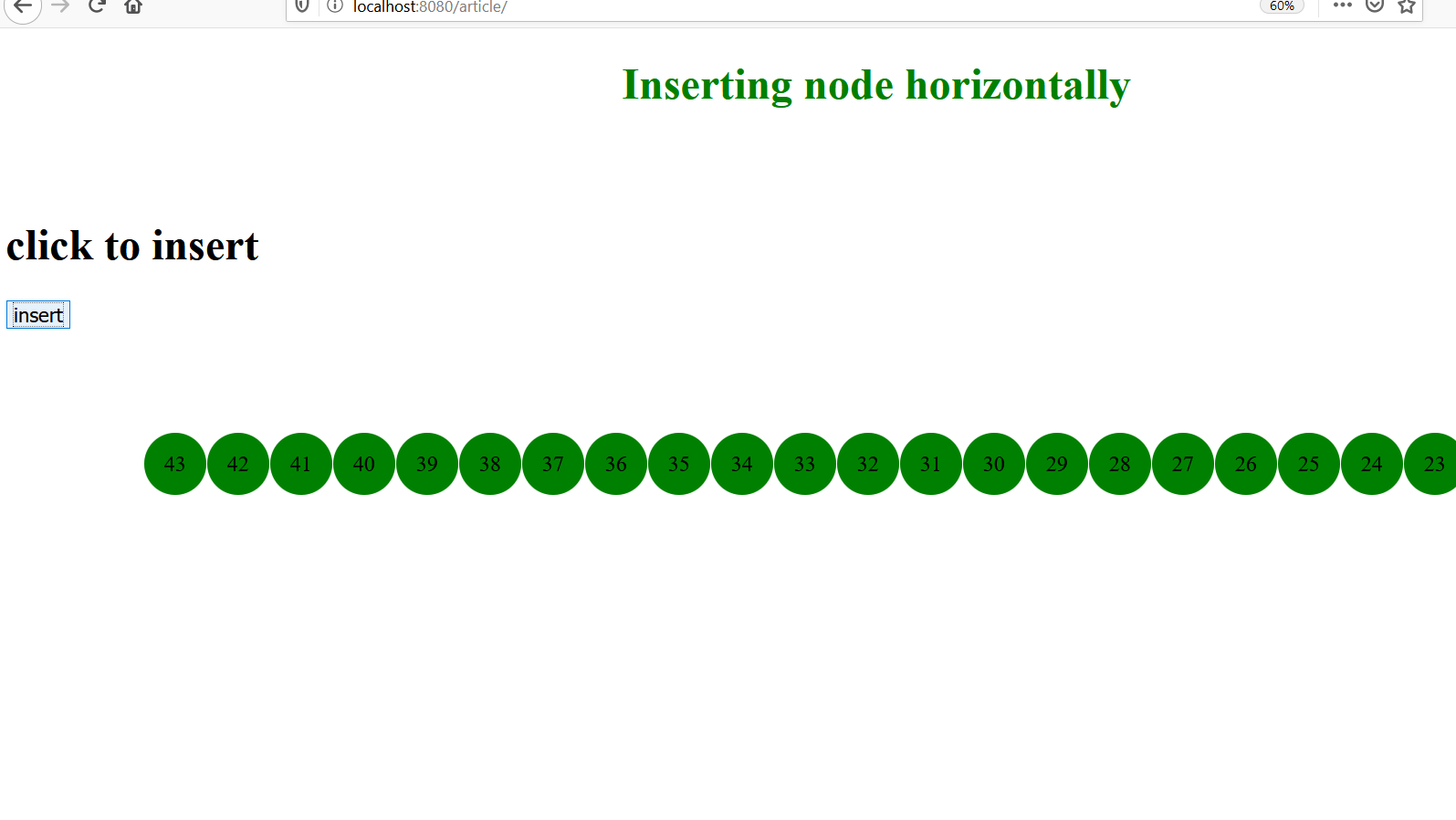 Previous
Collect.js | when() Function
Next
How to Create a Bootstrap Spinner and Display on Screen till the data from the API loads ?
Related Articles
1. How to align two div's horizontally using HTML ?
2. How can a page be forced to load another page in JavaScript ?
3. How to Horizontally Flip a Text Canvas using Fabric.js ?
4. How to repeat background image vertically and horizontally using CSS ?
5. How to vertically and horizontally align flexbox to center ?
6. How to show Page Loading div until the page has finished loading?
7. How to get a notification when an element is added to the page using JavaScript ?
8. How to add/update an attribute to an HTML element using JavaScript?
9. How to disable dragging an image from an HTML page using JavaScript/jQuery ?
10. How to specify the HTML content of the page to show in the iframe element HTML5 ?
Article Contributed By :