How Block Hashes Work in Blockchain?

Blockchain is the backbone technology of the digital cryptocurrency Bitcoin. The blockchain is a distributed database of records of all transactions or digital events that have been executed and shared among participating parties. Each transaction is verified by the majority of participants of the system. It contains every single record of each transaction. A blockchain is a digital data storage concept. This information is presented in chunks. These blocks are linked together to make the data unchangeable. When a data block is linked with the other blocks, the data in that block can never be altered again.

Consider the following picture, which depicts a collection of transaction data blocks. 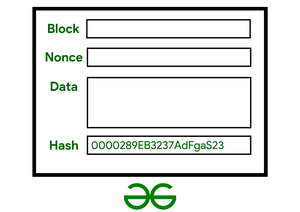 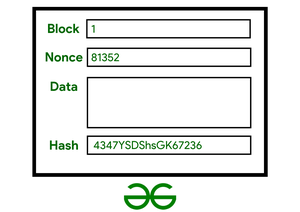 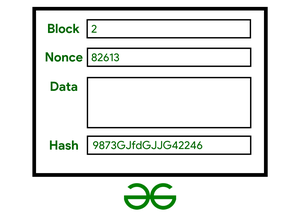 A hash is a mathematical function that transforms an arbitrary length input into a fixed-length encrypted output. This consensus algorithm is a collection of rules that regulates the operation of a blockchain network. Aside from cryptocurrency, the most prevalent application of hash functions is password storage.

The cryptographic functions have the traditional functions along with some security traits, making them difficult to predict and determine the underlying content of the text or the transaction.

How Do Block Hashes Actually Work?

Putting in simple words, just take any length input string and then end up with a string of a fixed length through some work every time the hashing process needs to be done. That work is hashing. To understand it better, look at the diagram below: 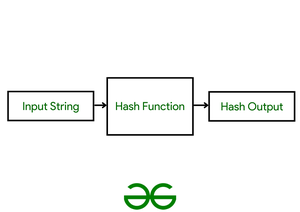 Example: Let’s say, for example, there is a hashing algorithm that takes an input string and generates an output hash value.

Note: Even the slightest change in the structure of anything could have a huge impact on the output charset generated by the hashing block.

The output would then turn out to be-

1. Property #1: The definiteness: This means that no matter how many times a given input is parsed using a hash function, the result will always be the same. This is essential since it will be hard to keep track of the input if different hashes are obtained every time.

2. Property #2: Easy yet Rapid Generation: The hash function should be able to rapidly return the hash of input. If the procedure is not rapid enough, the system will be inefficient.

3. Property #3: Former Image Resistance: As seen in the example above, the generated hash should have no pre or former image resistance, even a small change should be able to create a different hash block, else it will be easy to decode the transactions, something which is not wanted.

4. Property #4: Data Integrity Check: The most typical use of hash functions is data integrity checking. It is used to compute checksums for data files. This program offers the user assurance that the data is correct. The integrity check assists the user in detecting any modifications to the original file. It does not, however, guarantee the originality of the work. Instead of changing file data, the attacker can update the entire file, compute a new hash, and deliver it to the recipient. This integrity testing program is only useful if the user is confident in the file’s authenticity.

5. Property #5: Password Storage: Password storage is protected using hash functions. Instead of saving passwords in clear text, most login procedures save password hash values to a file. The Password file is made up of a table of pairs in the form (user ID, h(P)).

Birthday assaults are based on a one-of-a-kind difficulty with hashing algorithms that are based on a notion known as the Birthday Paradox. This problem is based on the concept that in a room of 183 individuals, there is a 50% probability that one of them will have your birthdate. However, if wanted a 50% probability of discovering any two people with identical birthdays, then only 23 people are needed in the room. This means that for hashing functions, it is significantly easier to discover any two matches if it doesn’t matter which two they are. It is feasible to compute hashes ahead of time for a particular password length to see whether any clashes occur.

Hashes can be used to check integrity, but many developers misuse them, reducing their efficacy. Many websites, for example, allow one to download a file as well as the MD5 checksum for that file. They do this, so the file’s integrity can be verified, but download the checksum from the same place and over the same connection as the file itself. How can you trust the hash that originated from the same place if one doesn’t trust the file enough to need to validate it? If someone has the ability to alter the file, they can easily compute and save a new hash.

Difficulties Faced In Creating A Hash Block: The difficulty of discovering a block is built into the blockchain, but it is also linked to the hash output’s four leading zeros. The difficulty here refers to the difficulty of obtaining a hash output that is less or more than the objective. Because any zeroes can be encoded (or hashed) in any number of ways possible.

As more individuals join the network, or rather as hashing power increases, the network’s complexity grows with time. It is, however, modified on a regular basis to guarantee that the block is mined within a certain time frame.

Purpose of Hash Function: Cryptographic hash functions, like speed bumps on a racing motorcycle, create obstacles for attackers. But it’s important to realize that the motorbike will ultimately make it down the street. These hurdles, however, will slow down the defenders—normal people and the server. If the speed bump is set too high, then there is a risk of irritating the user and overburdening the server. The continuous issue is to slow down attackers while balancing the users’ requirements and pleasure.

An adaptive one-way function is any function that is intended to iterate on its inner workings, feeding the output back as input, causing it to take longer to run in the end. It is adaptable since the developer may change the number of iterations that occur. Adaptive design has been used to design hash functions (such as PBKDF2) and encryption methods to secure saved passwords (such as bcrypt).

Pros: Cryptographic hashes convert cleartext passwords into enciphered text for storage. Attackers who get access to the database must decipher those hash values in order to exploit it. Hashes, in other words, slow down attackers.

Overall, changing existing transactions on the blockchain necessitates remaining blocks, and when a transaction gets a few confirmations, doing so necessitates massive amounts of processing power. Because so much computer power is required, changing blocks is essentially impossible. So hash blocks work in the most secure manner.