Automatic memory management is made possible by Garbage Collection in .NET Framework. When a class object is created at runtime, certain memory space is allocated to it in the heap memory. However, after all the actions related to the object are completed in the program, the memory space allocated to it is a waste as it cannot be used. In this case, garbage collection is very useful as it automatically releases the memory space after it is no longer required.
Garbage collection will always work on Managed Heap and internally it has an Engine which is known as the Optimization Engine.
Garbage Collection occurs if at least one of multiple conditions is satisfied. These conditions are given as follows: 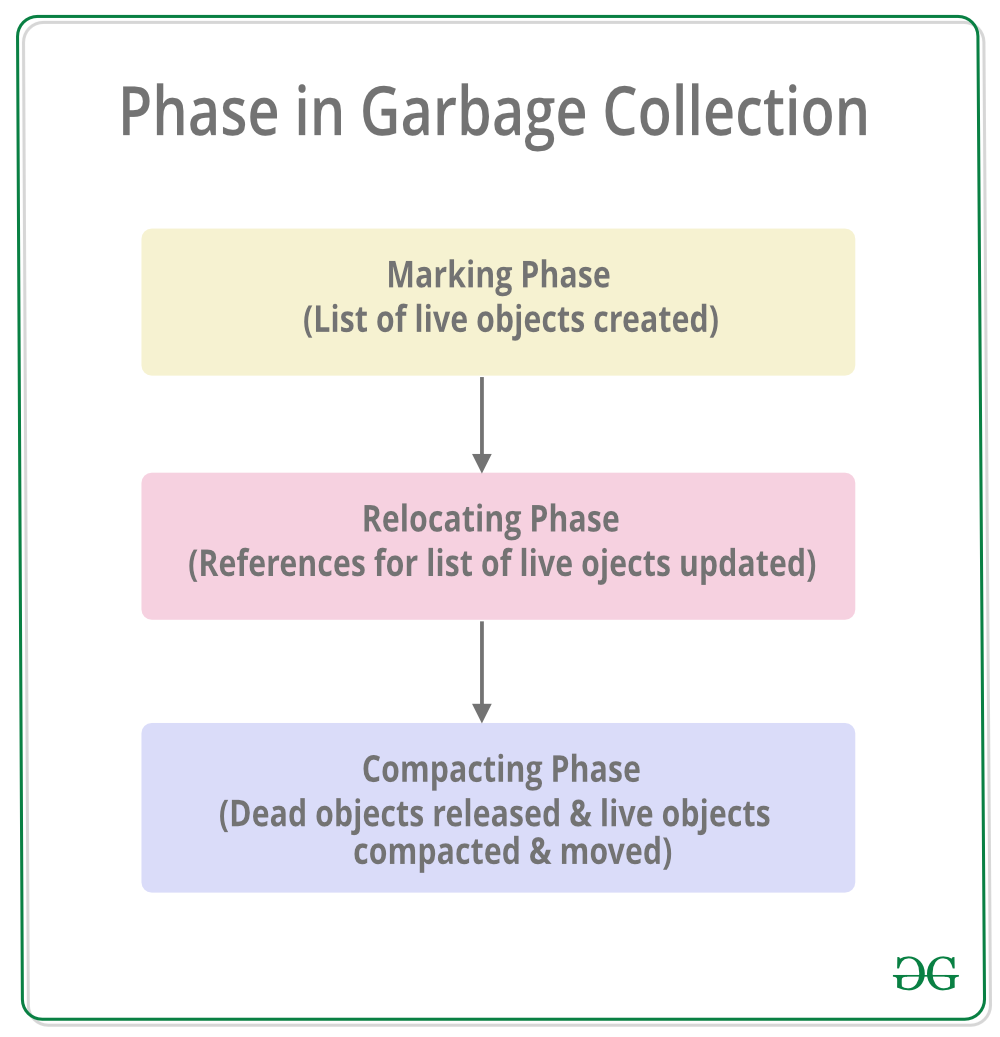 The heap memory is organized into 3 generations so that various objects with different lifetimes can be handled appropriately during garbage collection. The memory to each Generation will be given by the Common Language Runtime(CLR) depending on the project size. Internally, Optimization Engine will call the Collection Means Method to select which objects will go into Generation 1 or Generation 2. 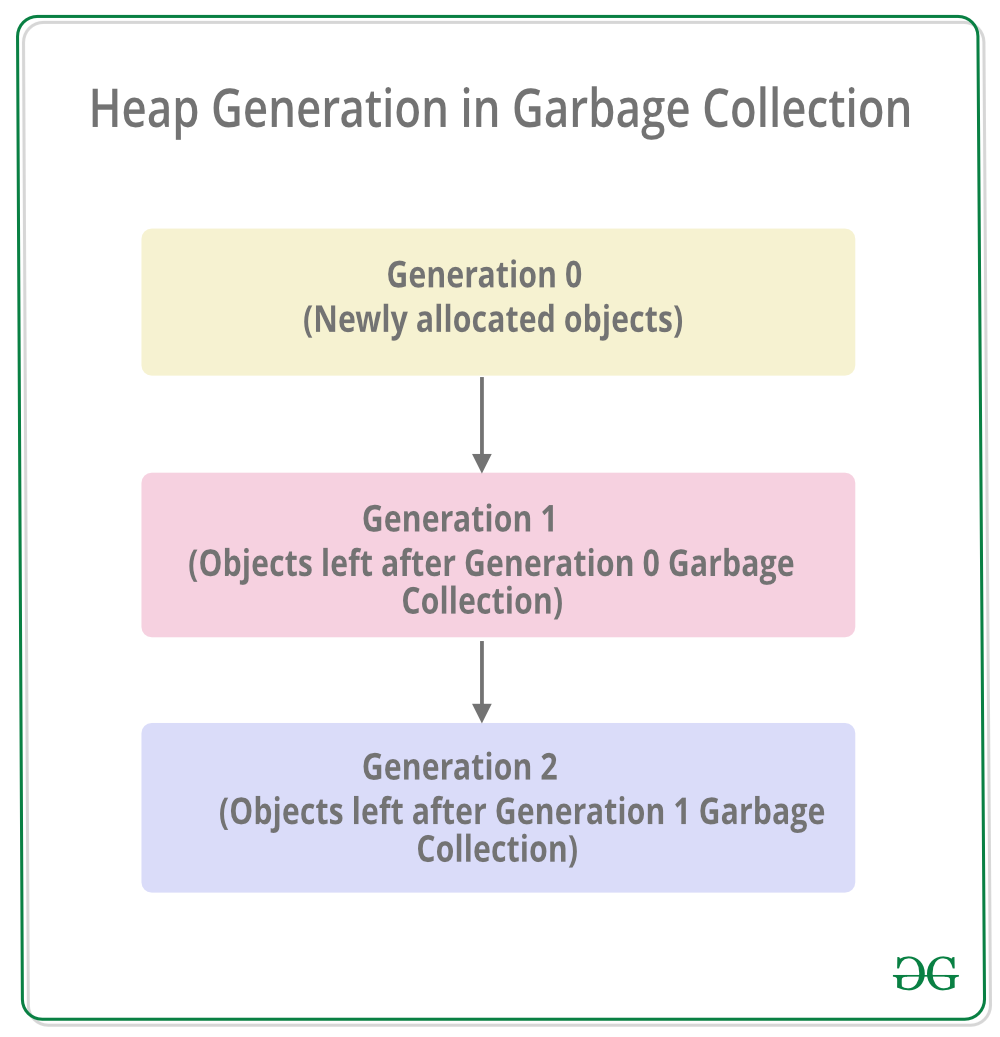 The GC class controls the garbage collector of the system. Some of the methods in the GC class are given as follows:
GC.GetGeneration() Method : This method returns the generation number of the target object. It requires a single parameter i.e. the target object for which the generation number is required.
A program that demonstrates the GC.GetGeneration() method is given as follows:

GC.GetTotalMemory() Method : This method returns the number of bytes that are allocated in the system. It requires a single boolean parameter where true means that the method waits for the occurrence of garbage collection before returning and false means the opposite.
A program that demonstrates the GC.GetTotalMemory() method is given as follows: