1. First Generation of Computers(1940 – 1956): The duration from 1940-1956 changed into the duration of first-generation computer systems. They are essentially primarily based totally on vacuum tubes, and vacuum tubes are used because of the simple components for memory and circuitry for the CPU (Central Processing Unit). For example, UNIVAC-1 and ENIVAC.

3. Third Generation of Computers(1964 – 1971): Computer circuits changed the usage of transistors within-side the third generation of computer systems. Integrated Circuits themselves include many transistors, capacitors, and resistors and because of this third-generation computer systems are smaller in size, efficient, and extra reliable. For example, CDC 1700, IBM-360 Series, etc.

4. Fourth Generation of Computers(1972 onward): VLSI (Very Large Scale Integrated) Circuit or they’re additionally referred to as microprocessors are utilized in this generation. A microprocessor chip is made from hundreds of Integrated Circuits construct on a single silicon chip. The use of Personal Computer(PCs) elevated on this generation and First Personal Computer (PC) changed into advanced through IBM. For example, Apple, CRAY-1, etc.

5. Fifth Generation of Computers(Present and Future): It is primarily based totally on Artificial intelligence (AI) software. Artificial intelligence describes the medium and manner of creating computer systems like people, the manner human thinks, the manner people act, etc. and that is a rising department and has all of the scopes for studies work too. For example, PARAM 10000, IBM notebooks, etc.

VLSI circuits contained about 5000 transistors on a very compact chip and could conduct a wide range of high-level activities and computations. Because these computers utilized VLSI technology, the fourth generation of computers had characteristics linked with the process of building an integrated circuit (IC) by merging numerous transistors into a single chip. Fourth-generation computers, For example, fourth-generation computers were more adaptable, had a larger primary storage capacity, were faster and more reliable, were portable, were very compact and small, and so on, thanks to the technology utilized to make them. As a result, these computers were small and only required a small amount of electricity to operate.

Computers have gotten more popular in this age as they are sold at a lower cost. In addition, fourth-generation computers aided in the development of the personal computer (PC) revolution. All computers nowadays are based on microprocessor technology. Chips are not expensive to produce. Memory chips are utilized for dynamic RAM (random access memory), while processor chips are employed as a central CPU. In both types of chips, millions of transistors are used (Memory and processor chips). The chips, which integrate memory and CPU chips on a single silicon die, may be accessible in the future.

The fourth-generation computers use LSI chip technology as their brain. With the use of this technology, it was feasible to create incredibly powerful computers that were also quite tiny. In the computer area, this resulted in a societal revolution. On a single ship, a computer circuit the size of a postage stamp was soon available.

This generation of computers had the first “supercomputers” that could perform many calculations accurately also they used networking and higher and more complicated languages as their inputs like  C, C+, C++, DBASE, etc.

The fourth generation of computers contains five separate units and they are input, arithmetic and logic, memory, output, and control units. The physical location of the computer’s functional unit is depicted in the diagram below. Users enter data (digital information) into the unit using input devices such as a mouse, keyboard, microphone, and so on. The data is either processed or not based on the type of input. 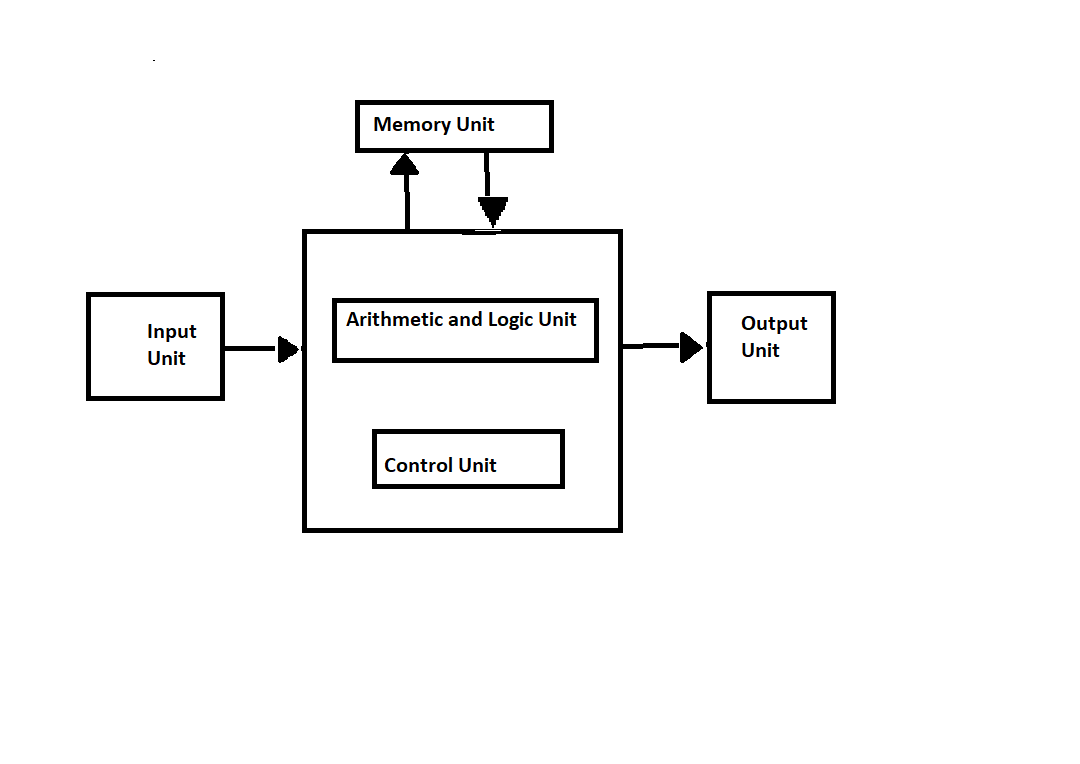 Following are the features of fourth-generation computers:

Following are some advantages of fourth-generation computers:

Disadvantages of the Fourth Generation of Computer

Following are some disadvantages of fourth-generation computers:

Question 1: What this counting machine is called developed by Charles Babbage known as the father of the computer?

Question 2: Why are second-generation computers are faster and cheaper in comparison of first generations computers?

Second-generation computers basically used two types of devices which are transistors and magnetic cores. The magnetic core is used for memory storage.

Question 4: Which generation is based on the VLSI microprocessor?

The fourth generation support VLSI microprocessor. The timeline of fourth-generation: 1972-1990.

Question 5: In which generation time-sharing, real-time, networks, and distributed operating systems were used?