Expanded widget in flutter comes in handy when we want a child widget or children widgets to take all the available space along the main-axis (for Row the main axis is horizontal & vertical for Column).  Expanded widget can be taken as the child of Row, Column, and Flex. And in case if we don’t want to give equal spaces to our children widgets we can distribute the available space as our will using flex factor. Expanded widget is similar to the Flexible widget in flutter, with its fit property set to FlexFit.tight as default. Expanded widget is basically a shorthand of Flexible widget. But if you are planning to build responsive apps or web apps, then you should definitely switch to Flexible to get more fit options. 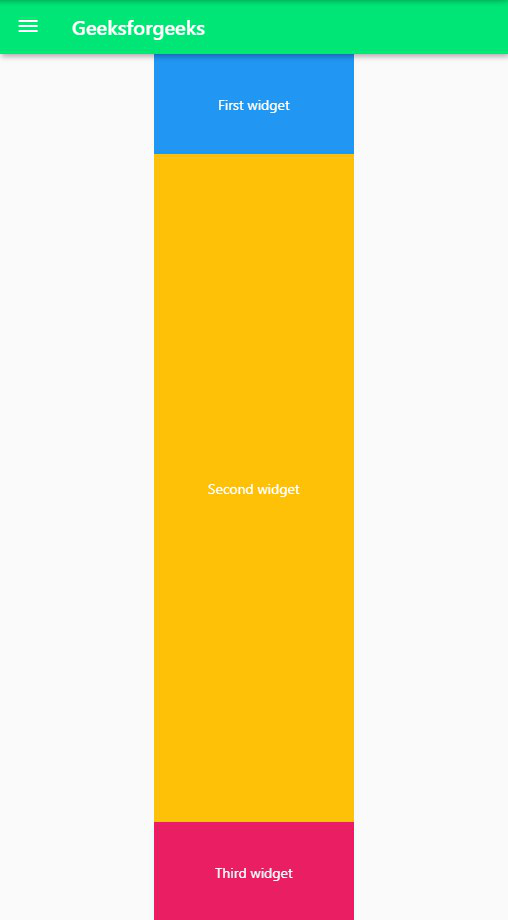 Explanation: In this app first we have created a simple app bar using the AppBar widget with a leading menu IconButton. The background color of the app bar is set to greenAccent[400] and the title is a Text widget holding ‘Geeksforgeeks‘ as the text. The parent widget in the body of the app is Center with its three children widget being Container. Each of the Containers has Text as their child specifying their names. First and third containers have been assigned a height of 200 and a width of 100 with the background color being blue and pink respectively. The Second Container is a child widget to Expanded, which gives it the ability to take all the available space between the first and the second Container widgets. Similar to the first and third Containers this also has a width of 100. The background color for this is teal. And one thing to notice is we haven’t specified height for this container as it will take all the space available to it, and even if we specify a height to it, that will be overwritten by the Expanded widget.

Below is the code snippet of the second Container.

This is how UI will look if we do not use the Expanded widget for the second Container in the Column. Note that we need to specify height in this case. 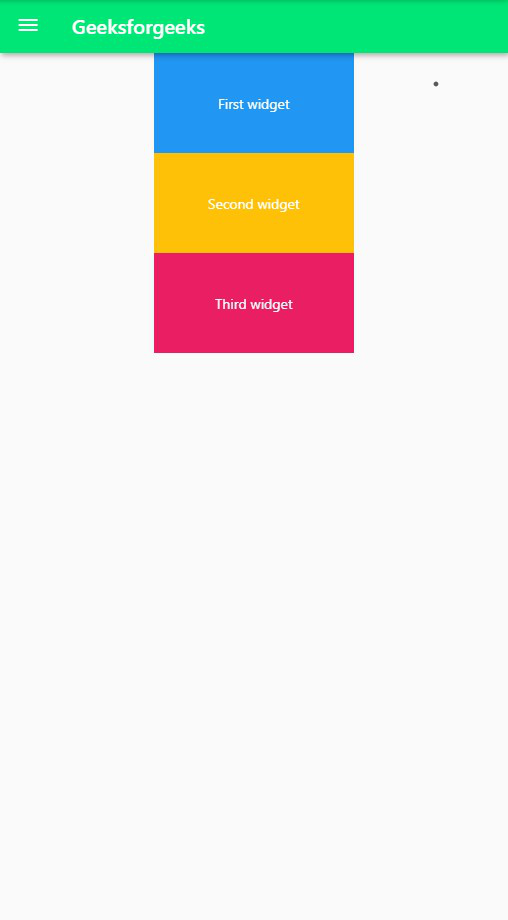 Example 2: In this example, the Expanded widget is used as a child to Row. And next to it is the app without Expanded widget, to show the difference in the UI. 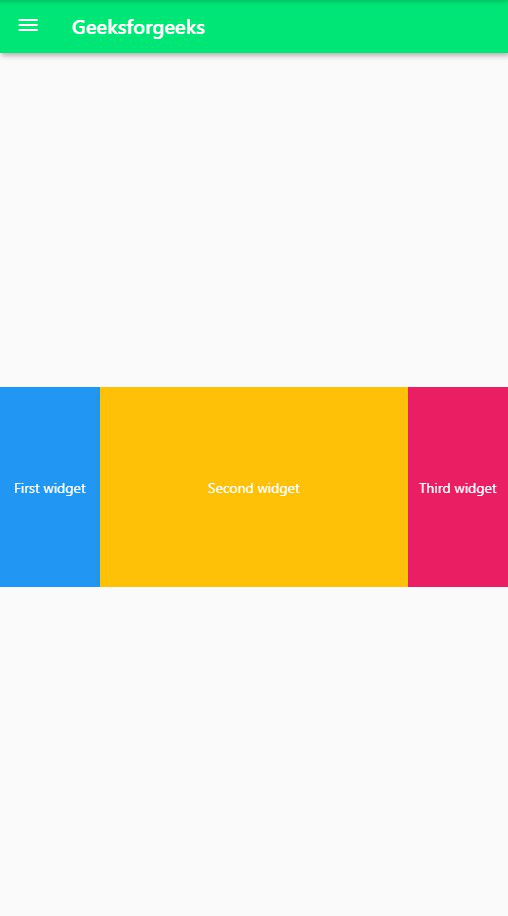 Explanation: This app is also similar to the app in the first example except for the part the parent widget in the app body is Row instead of Column, with each Container having a height of 100. The width assigned to the first and third Containers is 200. The second Container in this app is a child to Expanded widget, which gives it the ability to take all the space between the first and the third Containers. Again we have not set any width to the second container as it won’t count.

This is the code snippet of the second container. 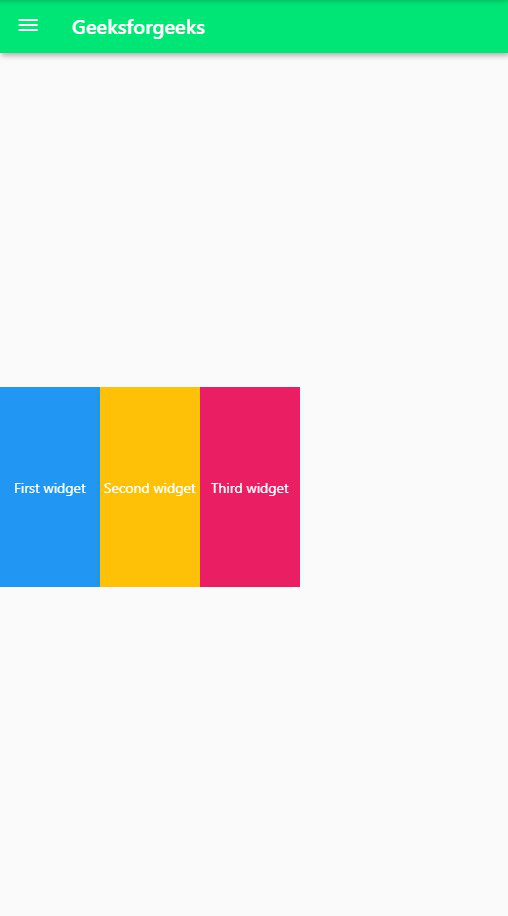