Establishing an Arcade window in Python

The arcade library is a high-tech Python Package with an advanced set of tools for making 2D games with gripping graphics and sound. It is Object-oriented and is specially built for Python 3.6 and above versions.

There are five mandatory functions needed to do arcade programming.

1. arcade.open_window(): In arcade, everything will be done in the window itself, with the help of open_window(). At present, arcade only supports a single display window but, you can resize it according to your requirement.

This command opens a window with a given size i.e width and height along with screen title. It takes three arguments and the position of each argument is fixed. It is a built-in function in arcade. Syntax is as follows: 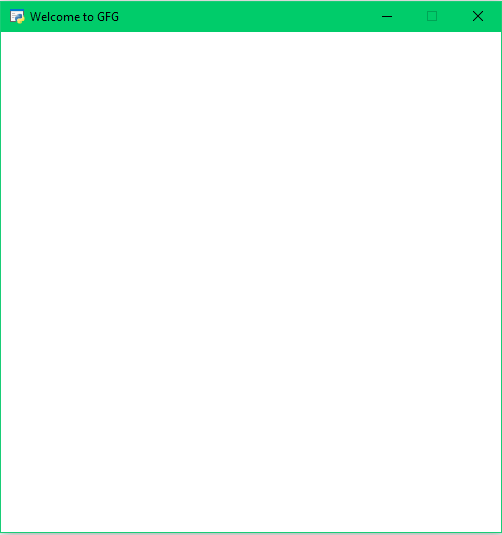 To generate a blue background we will run the following command:

4. arcade.finish_render(): It is an inbuilt function in the arcade module of Python which actually displays what we have drawn. It takes no argument. The syntax is as follows:-

5. arcade.run(): It basically runs the main program. It is usually the last command of the program. It also helps to hold the output on the screen until the user doesn’t exist. The syntax is as follows:

Since now we have understood the functions and their use. So let’s take an example of implementing all the above mentioned functions together.