In this article, we will be understanding one of the types of Cross-Site Scripting in-depth i.e DOM-based XSS. Let’s discuss it one by one as follows.

Note –
Submit a form to your application on the user’s behalf which modifies passwords or sensitive data on server or other application data. 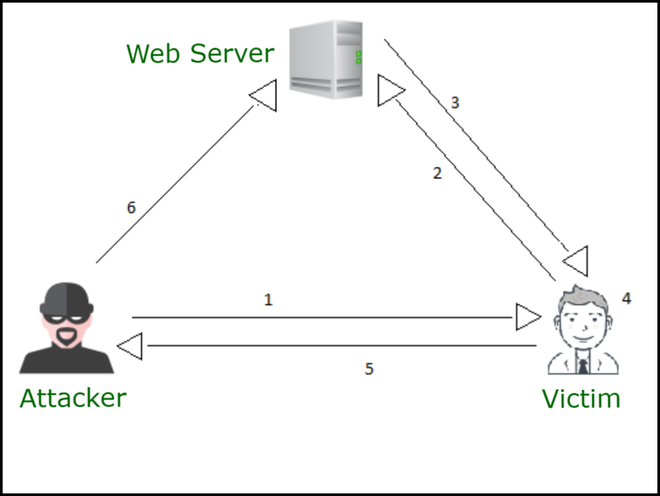 Diagram Description –
From the above fig, “Consider diagram arrow numbers (Step 1 to Step 6) as steps” as follows.

Example :
Example of a DOM-based XSS Attack as follows.

Explanation –
Normally, this HTML page would be used for welcoming the user, e.g –

However, a request such as the one below would result in an XSS condition as follows.