Given two numbers N and K, the task is to print the distinct powers of N which are used to get the sum K. If it’s not possible, print -1.

Observation: One observation that needs to be made for any arbitrary number a is that there can’t exist a number greater than aK if all the powers of a from 0 to k-1 are added by using each power at most once.

Naive Approach: By using the above observation, the naive approach can be formed. The idea is to continuously subtract the highest power of N not exceeding K from K until K reaches 0. If at any instance, K becomes equal to some power that was already subtracted from it previously, then it’s not possible to get the sum equal to K. Therefore, an array is used to keep track of powers that have been subtracted from K.

Efficient Approach: Another observation that can be made is that for K to be the sum of N’s powers which can be used only once, K % N either has to be 1 or 0 (1 because of N0). Therefore, if (K % N) comes out anything other than 0 or 1, it can be concluded that it is impossible to get the sum K.
Therefore, by using the above observations, the following steps can be followed to compute the answer:

Time Complexity: Since the highest power is not checked every time, the running time of this algorithm is log(N).

My Personal Notes arrow_drop_up
Previous
Maximum pair sum in the given index ranges of an Array
Next
Program to determine the Quadrant of a Complex number
Recommended Articles
Page :
Minimum number of distinct powers of 2 required to express a given binary number
18, Jul 20
Check if N can be represented as sum of distinct powers of 3
17, Jun 21
Count of numbers whose sum of increasing powers of digits is equal to the number itself
13, Dec 19
Maximum number of times N can be divided by distinct powers of prime integers
27, Jan 22
Split N powers of 2 into two subsets such that their difference of sum is minimum
07, May 20
Find all powers of 2 less than or equal to a given number
23, Jun 20
Minimum number of coins having value equal to powers of 2 required to obtain N
04, Jan 21
Find any K distinct odd integers such that their sum is equal to N
26, Mar 20
Count distinct prime triplets up to N such that sum of two primes is equal to the third prime
09, Feb 21
Print all array elements having frequencies equal to powers of K in ascending order
10, Mar 21
Count numbers in a range having GCD of powers of prime factors equal to 1
19, Dec 18
Sum of largest divisible powers of p (a prime number) in a range
10, Feb 18
Check if a number can be expressed as sum of two Perfect powers
18, Aug 20
Check if a number N can be expressed as the sum of powers of X or not
25, May 21
Find Kth number that can be written as sum of different powers of N
23, Oct 21
Sum of first N natural numbers by taking powers of 2 as negative number
22, Oct 18
Check if a number can be represented as sum of non zero powers of 2
05, Mar 19
Minimum number of given powers of 2 required to represent a number
19, Feb 19
Maximum number made up of distinct digits whose sum is equal to N
25, May 21
Print a number strictly less than a given number such that all its digits are distinct.
19, Oct 18
Sum of fifth powers of the first n natural numbers
11, Jan 18
Print all integers that are sum of powers of two given numbers
08, Jan 19
Sum of first N natural numbers with all powers of 2 added twice
10, Jul 20
Powers of 2 to required sum using Bit Masking
20, Jun 20
Article Contributed By : 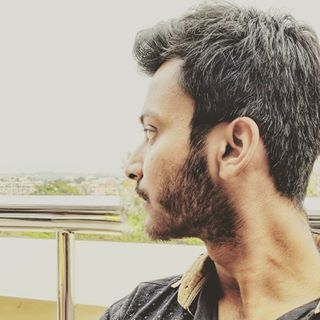