In Computer Architecture, the Registers are very fast computer memory which are used to execute programs and operations efficiently. This does by giving access to commonly used values, i.e., the values which are in the point of operation/execution at that time. So, for this purpose, there are several different classes of CPU registers which works in coordination with the computer memory to run operations efficiently.

The sole purpose of having register is fast retrieval of data for processing by CPU. Though accessing instructions from RAM is comparatively faster with hard drive, it still isn’t enough for CPU. For even better processing, there are memories in CPU which can get data from RAM which are about to be executed beforehand. After registers we have cache memory, which are faster but less faster than registers. 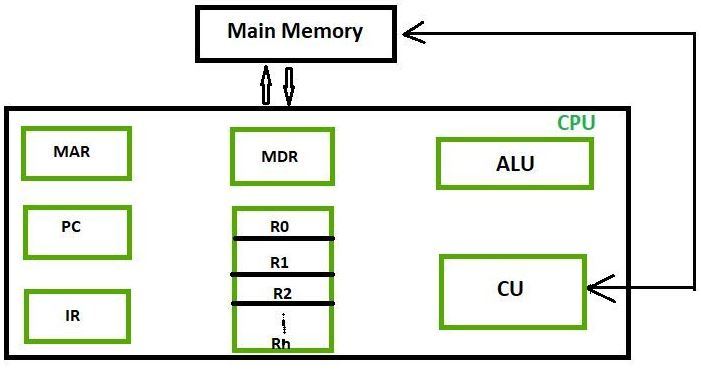 These are classified as given below.

These are generally decided by ALU.

So, these are the different registers which are operating for a specific purpose.