Difference between “Dispatch Latency” and “Context Switch” in operating systems

Dispatcher is a module that gives control of the CPU to the process selected by the short-term scheduler, this involves:

Context Switching :
It is the process of storing the state of an old process and load the saved state for the new process via a context switch. Context of a process is represented in the PCB (process control block).
During context switch a process’ attributes like registers, pointer, program counter etc which are all stored in the PCB are saved in a per-process stack in kernel memory and a new process takes its place by either updating its PCB if it’s an old process or creating a new PCB if it’s a new process.
Context switching offers a high degree of multitasking and helps to get better utilization of the operating system.

Dispatch Latency :
It is the time taken by the dispatcher in context switching of a process from run state and putting another process in the run state.
Dispatch latency is an overhead, and the system does no useful work while context switching.
Some hardware provides multiple sets of registers per CPU which allows multiple contexts to be loaded at once. 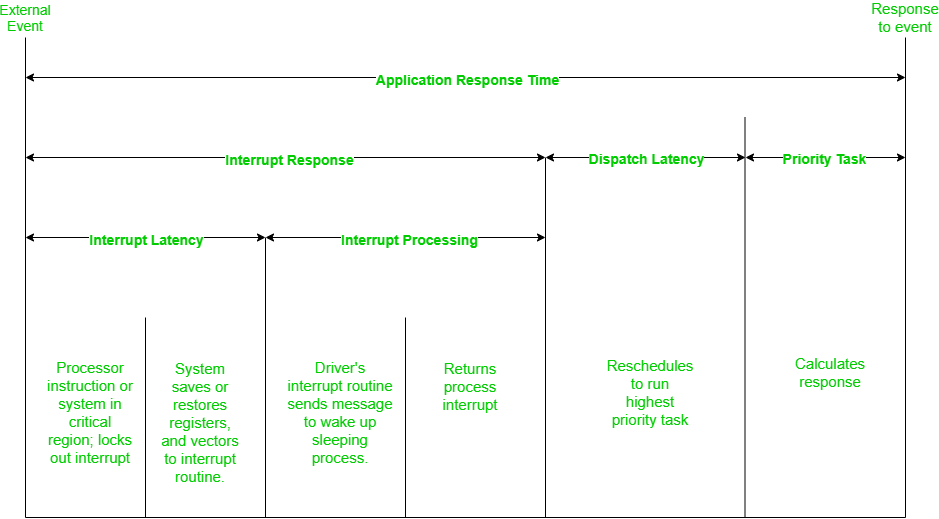 Position of Dispatch Latency inside an Application Response Time

Dispatch latency is a small part of the whole application response time. 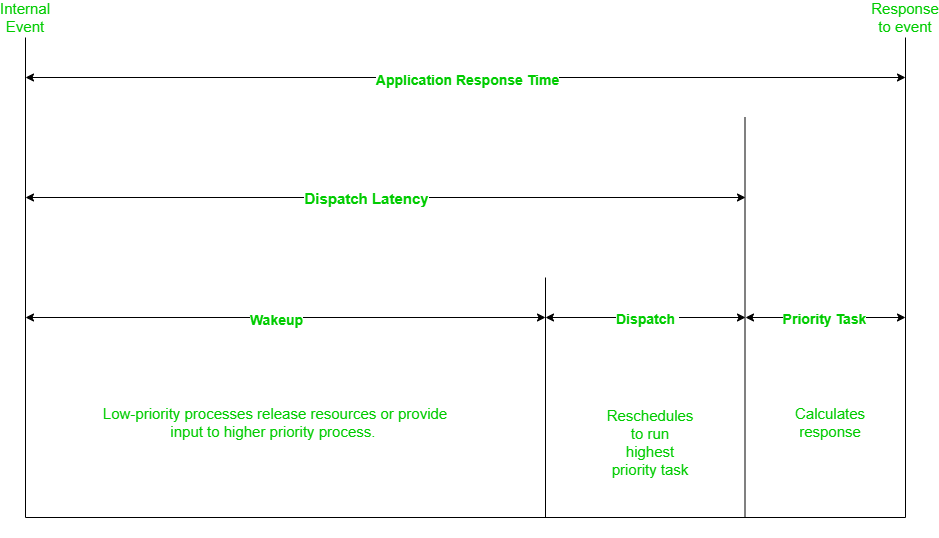 Now Ready Queue will be  –

Context Switching –
1. P1’s context (PCB) is saved and stored in a per-process stack in kernel memory. 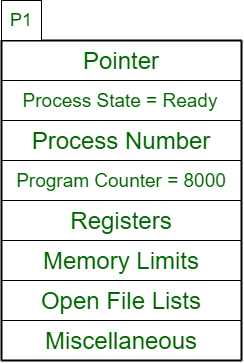 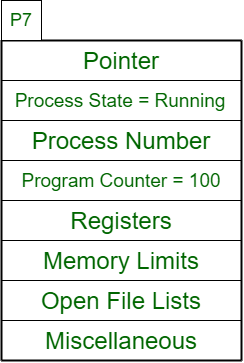 The time elapsed in steps 1 and 2 is the dispatch latency.

Both “Context Switching” and “Dispatch Latency” are related to the dispatcher, which comes into play after the short term scheduler decides which process to bring from the ready queue to the running state.