In this article we will discussed Data distribution in Cassandra and how data distributes over cluster. So, let’s have a look.

Now, let’s take an example of how user data distributes over cluster.

Below given ring architecture of given four nodes has token range and each row has its own token id so, with the help of partitioner we will generate token values and assigned them and distribute over cluster accordingly. 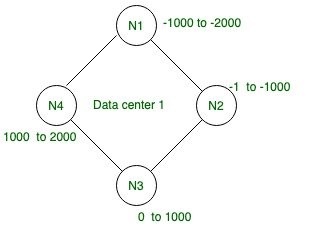 Token: Tokens are hash values and Murmur3 Hash Algorithm is use for hashing in Cassandra that partitioners use to determine where to store rows on each node in the ring.

for Example: let’s take random hash value for each row for given data in above table.

Let’s have a look for better understanding. 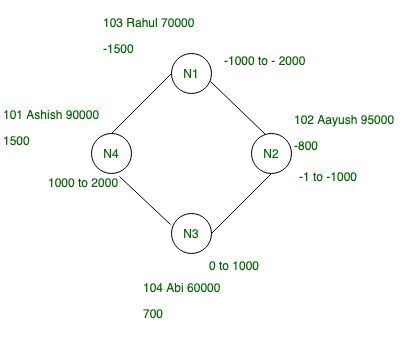 Replication Factor: In Cassandra replication factor is very important which indicates the total number of replicas across the cluster.
Let’s take RF = 2 which simply means that there are two copies of each rows. There is no primary or master replica in Cassandra. 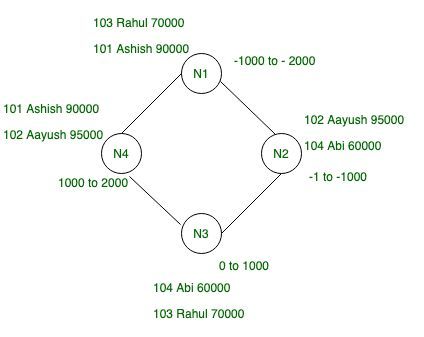