We can do sampling with several methods, here we only discuss cluster sampling:

The population is divided into subsets or subgroups that are considered as clusters, and from the numbers of clusters, we select the individual cluster for the next step to be performed.

Now see the steps taken to perform cluster sampling on the population:

This is the first step we have to perform for sampling in this we have to clearly select the targeted area from the population.

For understanding in easy language let’s take an example of integers, integers are the number which can be written without fractional form like all negative and positive numbers ( -1,-4,-8,3,5,2,0……etc ) so we take all the integers as our data and from this data we have to select our targeted area for performing the sampling. From these data of integers, we can target either all the positive numbers or all the negative.

Here we use probability cluster sampling because every element from the population has an equal chance to select.

After we select the sampling method we divide samples into clusters, it is an important part of performing cluster sampling we have to create a quality cluster as they produce better accuracy after sampling. we remind that clusters we are producing have the better impact it means they represent well to our population. Clusters have to be equally and similarly distributed as there is no repetition among them. Ideally, each cluster should be a mini-representation of the entire population.

In the last step after performing the above steps, we collect our desirable data from the sample.

We take an example of cluster sampling in which we take 1 to n natural numbers that will make clusters and from that cluster, we select the random individual clusters for sampling. 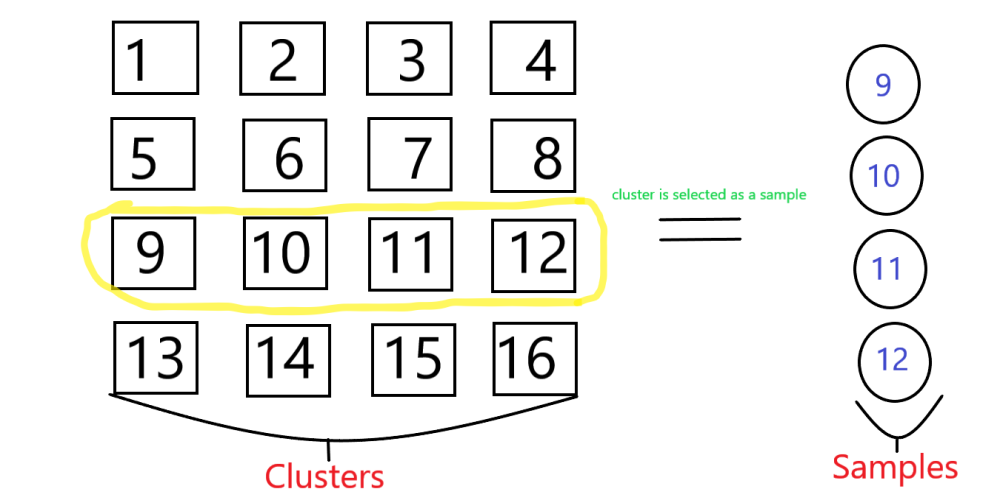 N=16, so we take samples from 1 to 16 and having an individual cluster of 4 numbers after that random from the clusters we select one cluster as a sample.

Random samples of 4 numbers form the cluster of 1-16 numbers.

In this output, we see that from the N-numbers column having random numbers, by the way, this is our random cluster which contains 4 samples. With the help of Sample() set the no of samples that an individual cluster presents.

Here we create DataFrame df which contain 20 employee id and each id having random values. From the dataset df, we take a random cluster that contains specific 4 random samples.

These are the randomly selected employee 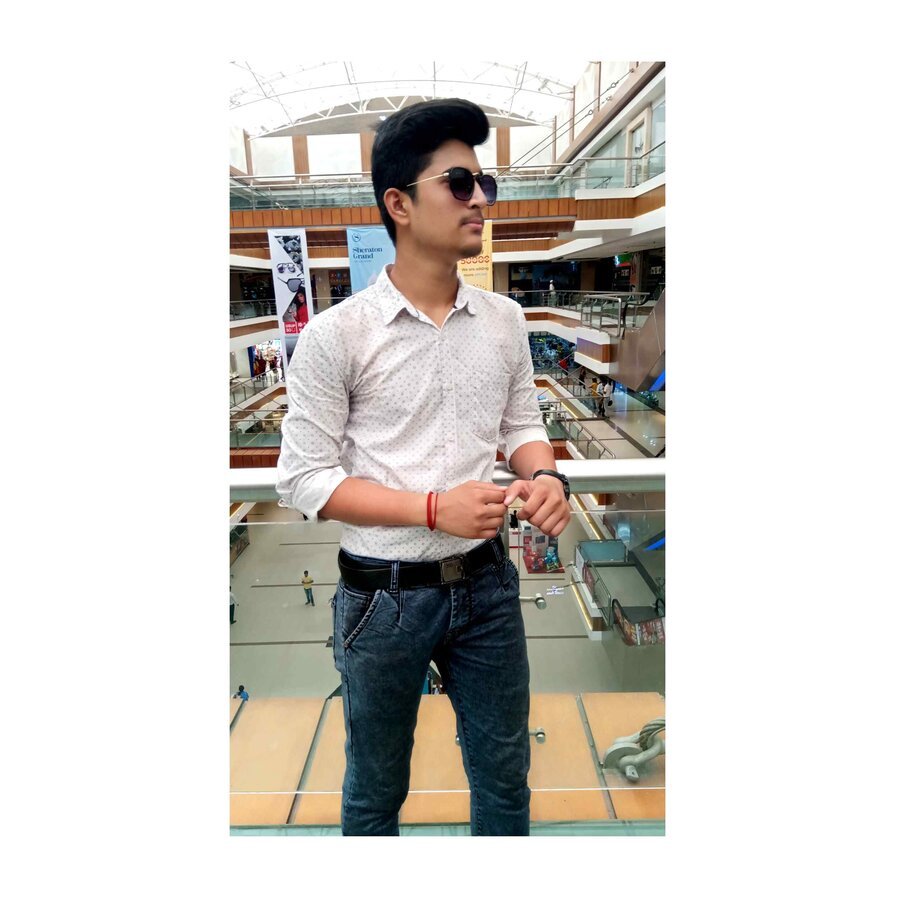