The Microsoft Intermediate Language (MSIL), also known as the Common Intermediate Language (CIL) is a set of instructions that are platform independent and are generated by the language-specific compiler from the source code. The MSIL is platform independent and consequently, it can be executed on any of the Common Language Infrastructure supported environments such as the Windows .NET runtime.
The MSIL is converted into a particular computer environment specific machine code by the JIT compiler. This is done before the MSIL can be executed. Also, the MSIL is converted into the machine code on a requirement basis i.e. the JIT compiler compiles the MSIL as required rather than the whole of it. 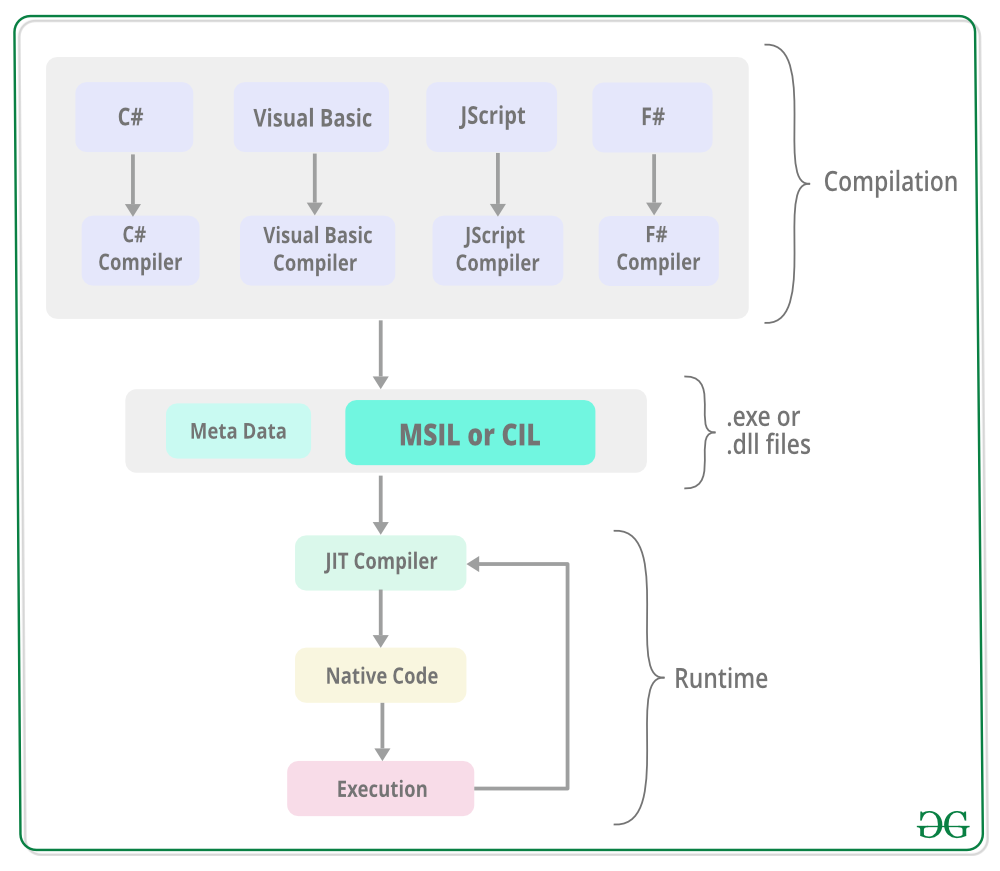 Example: The MSIL is generated by the language specific compiler from the source code given below. To understand the MSIL in detail, simple C# source code with the class Demo that prints “GeeksforGeeks is given as follows:

The MSIL that is created by the C# compiler for the code provided above is given as follows: