Construction
We initialize all the values in BITree[] as 0. Then we call update() for all the indexes, the update() operation is discussed below. 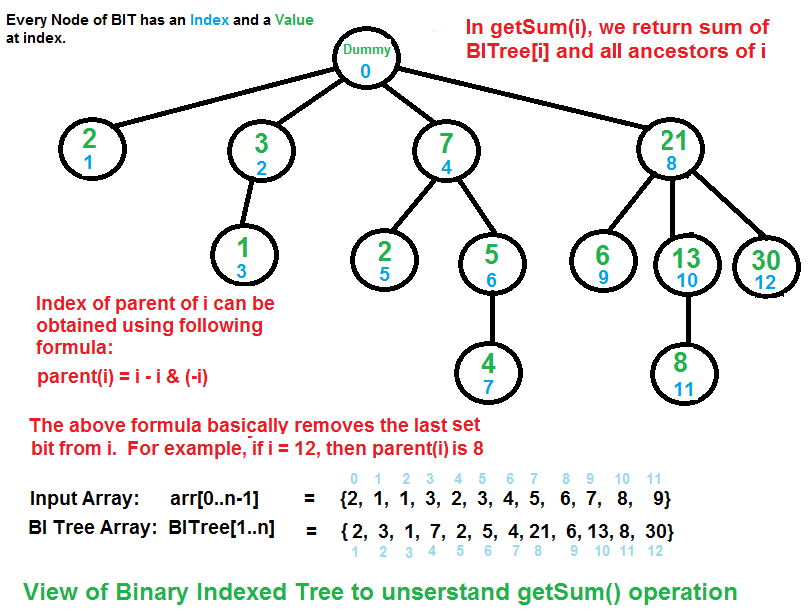 The diagram above provides an example of how getSum() is working. Here are some important observations.

BITree[y] is the parent of BITree[x], if and only if y can be obtained by removing the last set bit from the binary representation of x, that is y = x – (x & (-x)). 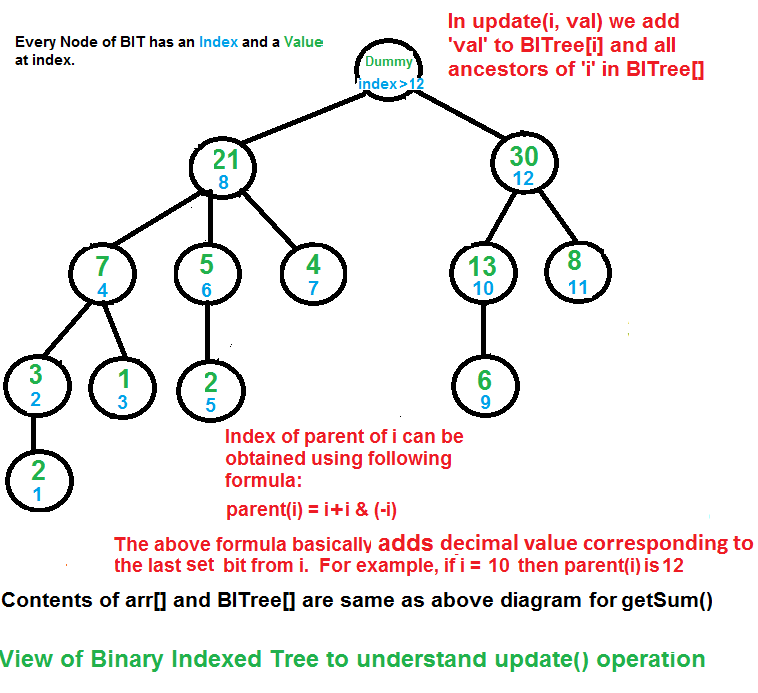 The update function needs to make sure that all the BITree nodes which contain arr[i] within their ranges being updated. We loop over such nodes in the BITree by repeatedly adding the decimal number corresponding to the last set bit of the current index.

How does Binary Indexed Tree work?
The idea is based on the fact that all positive integers can be represented as the sum of powers of 2. For example 19 can be represented as 16 + 2 + 1. Every node of the BITree stores the sum of n elements where n is a power of 2. For example, in the first diagram above (the diagram for getSum()), the sum of the first 12 elements can be obtained by the sum of the last 4 elements (from 9 to 12) plus the sum of 8 elements (from 1 to 8). The number of set bits in the binary representation of a number n is O(Logn). Therefore, we traverse at-most O(Logn) nodes in both getSum() and update() operations. The time complexity of the construction is O(nLogn) as it calls update() for all n elements.

Can we extend the Binary Indexed Tree to computing the sum of a range in O(Logn) time?
Yes. rangeSum(l, r) = getSum(r) – getSum(l-1).

Applications:
The implementation of the arithmetic coding algorithm. The development of the Binary Indexed Tree was primarily motivated by its application in this case. See this for more details.